“In the past few years, politicians have inaccurately claimed that the patent process in India is working very well and efficiently. The Report uncovers the truth of the Indian IP regime.” 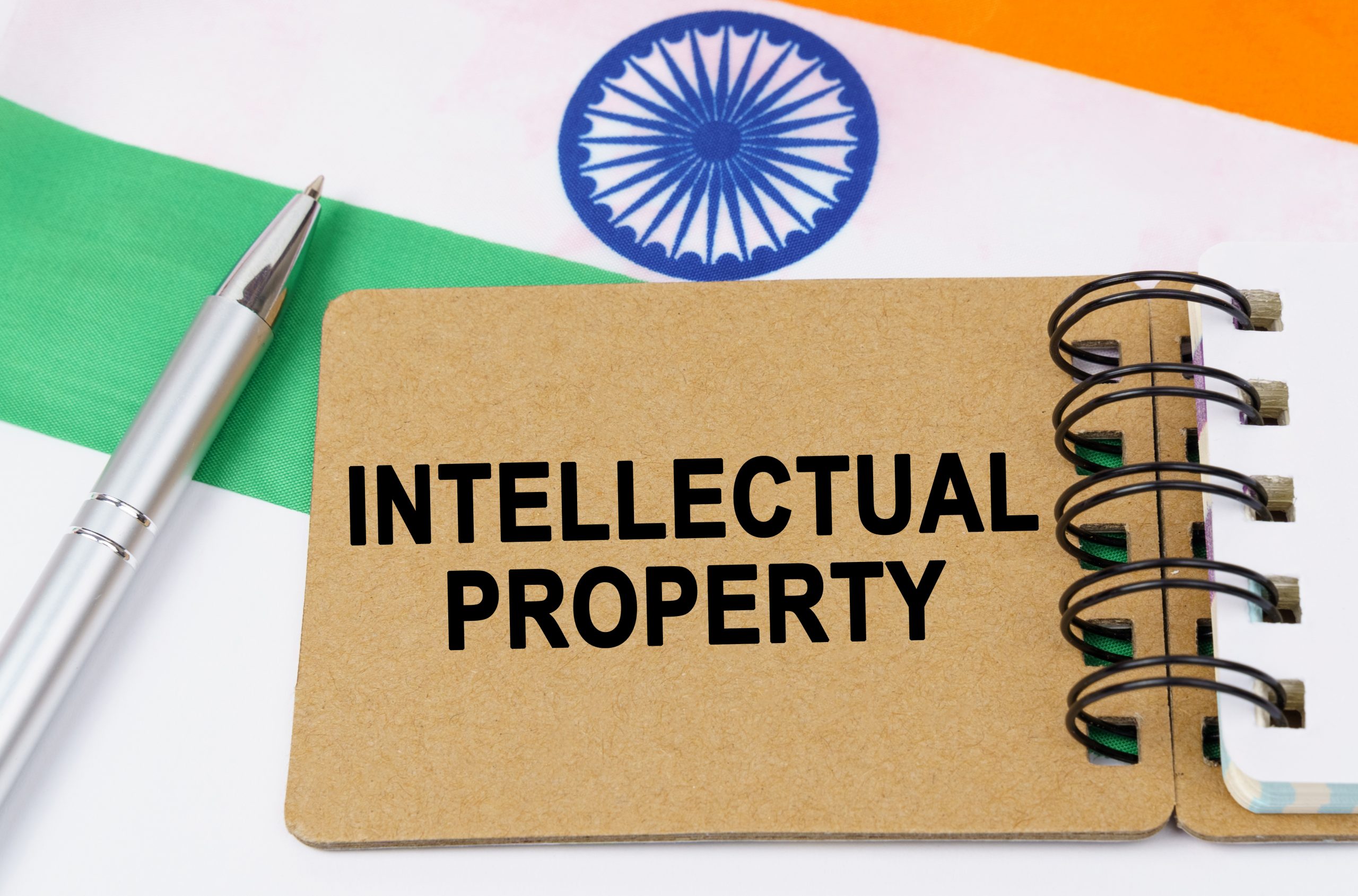 Despite India’s progress in many areas, from science to literature to technology, protection for intellectual property rights (IPR) is a topic that has come under scrutiny. The IP laws in India have remained vastly unchanged and unreviewed over the past few decades.

Recently, however, the Parliamentary Standing Committee on Commerce (PSCC) decided to review IPRs in India. The Committee, led by Chairman Shri V. Vijayasai Reddy, was made up of 11 members of the Rajya Sabha (upper house) and 21 members from the Lok Sabha (lower house). On July 23, 2021, the PSCC presented a report to the Rajya Sabha titled Review of the Intellectual Property Rights Regime in India (the Report). In the Report, the Committee pointed out the “challenges in strengthening the country’s IPR regime, the related procedural and substantive constraints, legal aspects and other issues, such as low awareness of IPR, counterfeiting and piracy, IP financing, and IPRs in agriculture and pharmaceutical sector, etc.”

In May 2016, India’s National IPR Policy was adopted. The Policy included raising awareness, passing legislation, and modernizing IPR-related services. The Report reviewed the success and failures of the Policy and made many recommendations for change to the Department for Promotion of Industry and Internal Trade (DPIIT). In the past few years, officials in charge of reviewing IPR laws supported the Policy but made no move toward any substantive changes. The Report exposes many levels of problems, including funding, restrictive laws, and accessibility.

A comparison between India’s IPR regime and the United States and China’s IPR regimes reveals some abysmal statistics. As seen in the first table (with the header “Patents”), in 2019, the United States granted over 350,000 patents and China granted over 450,000 patents. In the same time span, India granted fewer than 25,000 patents. The second table (with the header “Trademarks”) shows that India’s trademark filings were about 5% of China’s total trademark filing in 2019. The third table (with the header “Designs”) shows Indian designs filed in 2019 were less than 2% of China’s filed designs. These meager numbers are unacceptable coming from the world’s largest democracy. The Report also declared that the “rate of increase in number of patents in India in the last four years has not been very impressive compared to that seen in U.S. and China.” The Committee was informed by the DPIIT that the reason for this unbalanced data was India’s low expenditure on research and development (R&D). 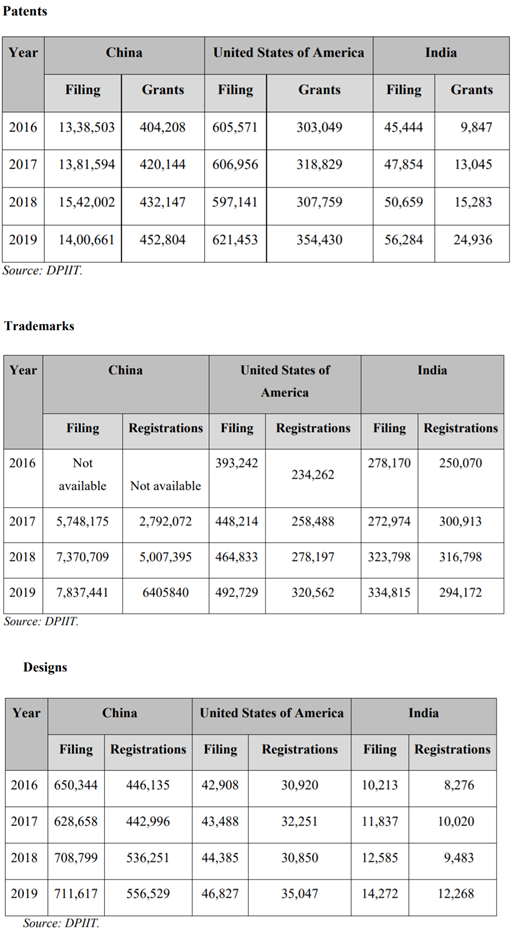 A separate study conducted by the Department of Science and Technology stated that India spent only 0.7% of its GDP on R&D. On the other hand, the United States spends 3.1% and China spends 2.1% of its GDP on R&D. Given the clear connection between R&D spending and the number of patent applications, the Committee recommended the Indian Government should increase R&D spending in the budget.

China also provides incentives such as tax rebates for businesses and individuals who apply for more patents, therefore strengthening their IPR regime. The Committee was educated about these Chinese policies and suggested India should follow suit by incentivizing patent applications in a similar manner. A beneficial cycle would form with this approach—more patents should mean further innovation, which would in turn lead to more patents.

The Committee also reported the general benefits of IPRs from the Organization of Economic Cooperation and Development: “A 1 percent improvement in the protection of trademark, patent, and copyright increases [Foreign Direct Investments] by 3.8, 2.8, and 6.8 percent respectively.” IPRs also increase economic development by promoting foreign exchange and trade due to the increased innovation stemming from increased patent approvals.

Furthermore, the Report cites a study by the International Trademark Association showing that the “contribution of trademark industries to Gross Domestic Product varies between 20 to 33 percent” and another study by the World Intellectual Property Organization finding that copyright industries contribute between 2-10% to a country’s GDP. The Report states that international firms and businesses, especially those related to science and technology, tend to look at IPR regimes to decide where to invest. The Committee thus recognized that improving India’s IPR regime would bring greater foreign investment into India.

On the Road to Change

In the past few years, politicians have inaccurately claimed that the patent process in India is working very well and efficiently. Fortunately, the tides have changed, and the Report uncovers the truth of the Indian IPR regime. The Committee’s findings reveal correctly that there are many problems in the current Indian IPR regime. It has recommended countless changes that need to be made and has outlined the plan to make those changes. IP has has proven to be beneficial for the economy, for research, and for the public in countries that value IPRs. With the United States and China years of India ahead in this area, adjusting perspectives and changing policies on IPR in India should hopefully improve the situation.

Om Desai is a Summer Intern at Davé Law Group LLC. He is a 12th grader in the Global Ecology Magnet program at Poolesville High School in Poolesville, Maryland. He has also [...see more]

Neil Davey is a law student at Harvard Law School, where he is Managing Editor of the Harvard Journal of Law & Technology. Neil has co-authored 20+ publications at the intersection of [...see more]