“This is not good news for those who support a strong patent system. Judge O’Malley has consistently been on the pro-patent, pro-innovation wing of the court. Her decisions have attempted to interject much needed predictability.” – Gene Quinn 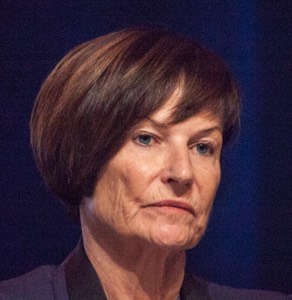 According to U.S. Courts and as reported by IPLaw360 earlier today, U.S. Court of Appeals for the Federal Circuit (CAFC) Judge Kathleen O’Malley announced on July 27 that she will retire, leaving a vacancy on the court as of March 11, 2022.

O’Malley’s announcement means that Biden will get a second nominee to the United States’ top IP court. Tiffany Cunningham was nominated by President Joe Biden earlier this year to succeed Judge Evan Wallach and recently was confirmed by the Senate.

O’Malley was confirmed to the CAFC on March 10, 2010. She was nominated by President Barack Obama to succeed Alvin Schall. She previously served on the United States District Court for the Northern District of Ohio. She has gained a reputation for writing decidedly pro-patent opinions and likely will be missed by the IP community.

From 1985-1991, O’Malley worked for Porter, Wright, Morris & Arthur, where she focused on “complex corporate and commercial litigations, including intellectual property, securities fraud, trade secrets, shareholder’s rights and large-scale coverage disputes,” according to her biography from the Northern District of Ohio.

From 1983-1984, she was an associate at Jones, Day, Reavis and Pogue, with “the majority of her work centering on intellectual property litigation.”

IPWatchdog Founder and CEO, Gene Quinn, said the announcement is “not good news”:

While I wish Judge O’Malley well, and she certainly has earned retirement, this is not good news for those who support a strong patent system. Judge O’Malley has consistently been on the pro-patent, pro-innovation wing of the court. Her decisions have attempted to interject much needed predictability.

This will give President Biden a second appointment to the Federal Circuit. While his first selection seems highly qualified by any measure, so far, the Biden Administration polices – to the extent there have been policies – have trended toward a position antagonistic of intellectual property ownership, which has been concerning.

President Biden will likely have the opportunity to completely remake the Federal Circuit. His pro-patent supporters need to urge him to appoint individuals who believe in the patent system.

Quinn was referring to Biden initiatives such as the recent  Executive Order on Promoting Competition in the American Economy, which many view as unnecessarily vilifying IP rights in certain areas in an effort to improve the competitive landscape.