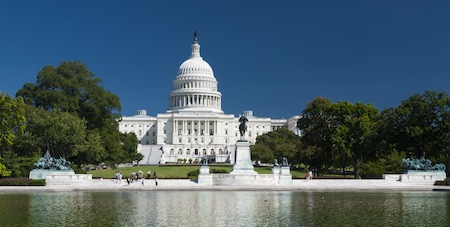 This week in Washington IP news, the U.S. Senate will vote on Tiffany Cunningham’s confirmation to the Federal Circuit, replacing Judge Evan Wallach; and a pair of committees in the House of Representatives, as well as the Senate Energy Committee, explore avenues that federal lawmakers have to stop the scourge of cyberattacks and ransomware impacting our nation’s infrastructure. The House Science Committee will also hold a hearing to discuss wireless spectrum needs for U.S. earth and space science research. Elsewhere, The Heritage Foundation hosts an event on restoring American leadership in patent law with Former USPTO Director Andrei Iancu and Retired Federal Circuit Chief Judge Paul Michel, and The Brookings Institution focuses on possible frameworks to replace the invalidated EU-U.S. Privacy Shield for cross-border data flows.

The full U.S. Senate will convene at 3:00pm and vote at 5:30pm to officially confirm Tiffany Cunningham as a circuit judge on the U.S. Court of Appeals for the Federal Circuit. Cunningham on Friday was approved in a cloture vote by 63-34. She has two decades of experience as an IP litigator and is a widely heralded nominee for the court.

This workshop about intellectual property concerns specific to the food industry is designed for owners of restaurants, food trucks or other food service establishments to learn about IP rights that are important for business success in that sector, especially trademark registration and enforcement.

This March, the Federal Bureau of Investigation (FBI) released its Internet Crime Report for 2020, which showed that reported losses stemming from instances of cyber crime topped $4.2 billion last year, thanks in large part to an increase of 300,000 complaints over those received by the FBI in 2019. While small businesses may seem to be an unlikely target for the largest cyber attacks, these firms often lack the resources to make even minimal resources in protecting their business interests, which is especially risky for companies developing innovative products. The witness panel for this hearing will include Tasha Cornish, Executive Director, Cybersecurity Association of Maryland, Inc.; Sharon Nichols, State Director, Mississippi Small Business Development Center; Kiersten Todt, Managing Director, Cyber Readiness Institute; and Graham Dufault, Senior Director for Public Policy, ACT | The App Association.

Spectrum Needs for Observations in Earth and Space Sciences

House Subcommittee on Oversight and Investigations

Ransomware, which encrypts sensitive files and information until a ransom can be paid to cyber attackers, has become a growing concern after a series of high profile breaches, including the Colonial Pipeline shutdown in early May. Last week, senior advisors to President Joe Biden met with Congressional lawmakers to discuss how the administration plans to deal with the specter of increasing ransomware attacks and address vulnerabilities in critical networks. The witness panel for this hearing will include Kemba Walden, Assistant General Counsel, Microsoft Corporation; Robert M. Lee, CEO, Dragos; Christian Dameff, M.D., M.S., Assistant Professor of Emergency Medicine, Biomedical Informatics, and Computer Science, University of California San Diego, and Medical Director of Cybersecurity, UC San Diego Health; Charles Carmakal, Senior Vice President and CTO, FireEye-Mandiant; and Philip Reiner, CEO, Institute for Security and Technology.

Although the United States used to have the “gold standard” patent system, all three branches of the federal government have taken actions over the past decade and a half that have ceded our longtime lead position in secure and reliable patent rights to rivals in Europe and China. This event will feature a discussion with a panel including the Honorable Paul Michel, Former Chief Judge, U.S. Court of Appeals for the Federal Circuit; Andrei Iancu, Former Undersecretary of Commerce for Intellectual Property and Director, U.S. Patent and Trademark Office; Adam Mossoff, Visiting Intellectual Property Fellow; Laurie Self, Senior Vice President and Counsel, Government Affairs, Qualcomm; and moderated by John Self, Vice President, Institute for Constitutional Government.

This workshop, the seventh in the USPTO’s Trademark Basics Boot Camp series, is designed to teach small business owners and entrepreneurs about the process of keeping trademarks alive once they’ve been registered by the agency, including various types of mandatory and optional post-registration filings.

A slew of cyber attacks on major energy systems and government networks has spurred a great deal of bipartisan cooperation on Capitol Hill among lawmakers who have various national security and consumer interest concerns moving them towards a quick compromise on these issues. The witness panel for this hearing has yet to be announced.

At 10:00 AM on Wednesday, online video webinar.

As formerly impoverished societies in Asia, Africa and other parts of the globe continue to develop, the overwhelming majority of U.S. engagement with these developing economies is coming through the private sector. This event, hosted by CSIS in partnership with the Keough School of Global Affairs, will explore ways that traditional U.S. aid granting institutions can work with the increasingly important private sector to continue driving prosperity in these regions. This event will feature a discussion with a panel including Jennifer Billings, Global Agriculture Development Leader, Corteva Agroscience; Richard Crespin, CEO, CollaborateUp; Sarah Glass, Senior Director for Private Sector Engagement, World Wildlife Fund; Melissa Paulsen, Associate Director of Entrepreneurship and Education Programs, University of Notre Dame; Paul Perrin, Director of Evidence and Learning, University of Notre Dame; and moderated by Daniel F. Runde, Senior Vice President, William A. Schreyer Chair and Director, Project on Prosperity and Development, CSIS.

At 11:00 AM on Wednesday, online video webinar

The United States has managed to maintain dominance in space exploration but in recent weeks, news reports indicate that Russia and China have discussed partnering on several ambitious spaceflight projects that could raise national security concerns for the U.S. This event will feature a discussion with a panel including Joe Laurienti, Founder and CEO, Ursa Major Technologies; Justin Johnson, Senior Vice President, Meta Aerospace; Stephen Rodriguez, Founder and Managing Partner, One Defense; and moderated by John Venable, Senior Research Fellow for Defense Policy, The Heritage Foundation.

New Ways of Working at the USPTO

This workshop is designed for those individuals who want to learn more about the information technology transformation that has occurred at the USPTO in recent years, supporting organizational changes that allows the agency to focus on four different product lines: Enterprise Business, Enterprise Infrastructure, Trademarks and Patents. This Q&A roundtable event will discuss changes to cross-product planning, budget alignment and high-level procurement plans.

Transatlantic Data Flows: What’s Next After the EU-U.S. Privacy Shield?

In July 2020, the Court of Justice for the European Union issued its decision in Schrems II that invalidated the EU-U.S. Privacy Shield, which had previously governed cross-border data flows between European consumers and American tech companies offering Internet services, such as Facebook and Google. As negotiators from both the EU and the U.S. work to create a new, valid framework for international data transfers, this event hosted by the Brookings Institute will discuss issues regarding the EU’s General Data Protection Regulation and data localization efforts with a panel including Barbara Cosgrove, Vice President, Chief Privacy Officer, Workday; Sharon Bradford Franklin, Co-Director, Security and Surveillance Project, Center for Democracy & Technology; Cameron Kerry, Ann R. and Andrew H. Tisch Distinguished Visiting Fellow, The Brookings Institution; Peter Swire, Elizabeth and Thomas Holder Chair and Professor, Georgia Tech; and moderated by Steven Overly, Reporter, POLITICO. A keynote address at this event will be given by Representative Suzan DelBene (D-WA).