“Censorship runs rampant against the Putative Class Members, and the result is a chilling effect cast over our nation’s pressing political, medical, social, and cultural discussions.” – Trump complaints 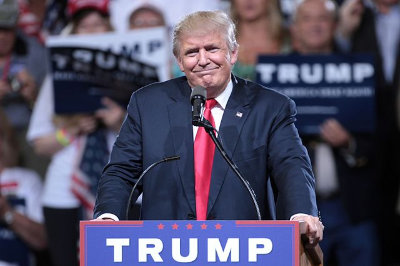 Former President Donald J. Trump announced today that he is suing Facebook, Twitter and Google/YouTube in separate class action suits, claiming, among other allegations, that the platforms have “increasingly engaged in impermissible censorship resulting from threatened legislative action, a misguided reliance upon Section 230 of the Communications Act, 47 U.S.C. § 230, and willful participation in joint activity with federal actors.”

The two other primary plaintiffs in the Twitter complaint are Linda Cuadros and the American Conservative Union. Elizabeth Albert, Kiyan and Bobby Michael, and Jennifer Horton are named in the complaint against Facebook; and Kelly Victory and Austen Fletcher are named in the suit against YouTube/Google.

All three complaints take aim at Section 230 of the Communications Decency Act of 1996, dubbing it “[l]egislation passed twenty-five (25) years ago intended to protect minors from the transmission of obscene materials on the Internet, and to promote the growth and development of social media companies” that has outgrown its original intent and enabled each of the companies to become behemoths who censor content of their choosing.

Section 230 says that “no provider or user of an interactive computer service shall be treated as the publisher or speaker of any information provided by another information content provider” and that no provider shall be held liable for “any action voluntarily taken in good faith to restrict access to or availability of material that the provider or user considers to be obscene, lewd, lascivious, filthy, excessively violent, harassing, or otherwise objectionable, whether or not such material is constitutionally protected.”

Trump was permanently banned from Twitter on January 8, 2021, following the Capitol Insurrection; was suspended from Facebook for at least two years on January 7, 2021; and was indefinitely banned by YouTube on January 12, 2021.

“Censorship runs rampant against the Putative Class Members, and the result is a chilling effect cast over our nation’s pressing political, medical, social, and cultural discussions,” explain the complaints.

Late last year, Senator Thom Tillis (R-NC), Chair of the Senate IP Subcommittee, and Senator Chris Coons (D-DE), Ranking Member of the Senate IP Subcommittee, sent a letter to Twitter CEO Jack Dorsey expressing disappointment over the company’s continued refusal to cooperate on hearings around copyright reform. As part of that process, Tillis asked Dorsey prior to a December 15 IP Subcommittee hearing: “Don’t you think that if Twitter can track and take down political content that it also has the ability to take down content that infringes the IP of hard-working American creators?” Tillis and others feel that the platforms’ proactive political censorship undermines their excuses for failing to curb rampant copyright infringement. This may be true, but studies have also shown that there is little evidence to support the contention that conservative voices are being censored more than liberal voices on social media, and judges have thus far thrown out almost every suit like Trump’s.

Trump’s argument that the platforms’ engagement with federal actors means their “status thus rises beyond that of a private company to that of a state actor” that is therefore “constrained by the First Amendment right to free speech in the censorship decisions it makes regarding its Users” also seems unlikely to pass muster, according to some commentators.

The complaints accuse Democratic members of Congress of coercing the social media companies into censoring the plaintiffs’ speech and also allege that federal actors, such as the Centers for Disease Control and Prevention (CDC) and Dr. Anthony Fauci, worked with the platforms to promote a particular agenda.

The lawsuits seek a declaration from the United States District Court for the Southern District of Florida “that Section 230 on its face is an unconstitutional delegation of authority.”

Senator Ron Wyden (D-OR), who wrote Section 230, has said that “social media cannot exist without the legal protections of Section 230” and faulted the platform CEOs in 2018 for failing to take more decisive action against indecent speech much sooner. He wrote: “I never expected that internet CEOs would fail to understand one simple principle: that an individual endorsing (or denying) the extermination of millions of people, or attacking the victims of horrific crimes or the parents of murdered children, is far more indecent than an individual posting pornography.”

Thus, it has been the platforms’ lack of consistent censorship that Wyden sees as having threatened Section 230. “Members across the spectrum, including far-right House and Senate leaders, are agitating for government regulation of internet platforms,” Wyden said. “Even if government doesn’t take the dangerous step of regulating speech, just eliminating the 230 protections is enough to have a dramatic, chilling effect on expression across the internet.”

The America First Policy Institute (AFPI), which is backing the suits, said the Trump complaints are just the beginning of the fight to get rid of Section 230. “Protected by an outdated and misinterpreted Section 230 of the Communications Decency Act, these elites and their firms ride roughshod over some of the most fundamental American rights: the right to speak, the right to be heard, and the right to democratic representation,” said an AFPI statement.

Pam Bondi, Chairman, Constitutional Litigation Partnership at AFPI, added: “Things have changed over the past several years, and the First Amendment rights of all Americans are on the line in this case. The law and Constitution are on our side. America is the great country that it is because our Constitution protects our freedoms, including freedom from censorship – this lawsuit ensures that those rights are properly defended.”

The complaints are available here: