“PTAB judges that received relatively higher bonus awards were also those who, on average, had a larger fraction of decisions that were adverse to patent owners—creating the appearance of pecuniary bias in favor of petitioners.” 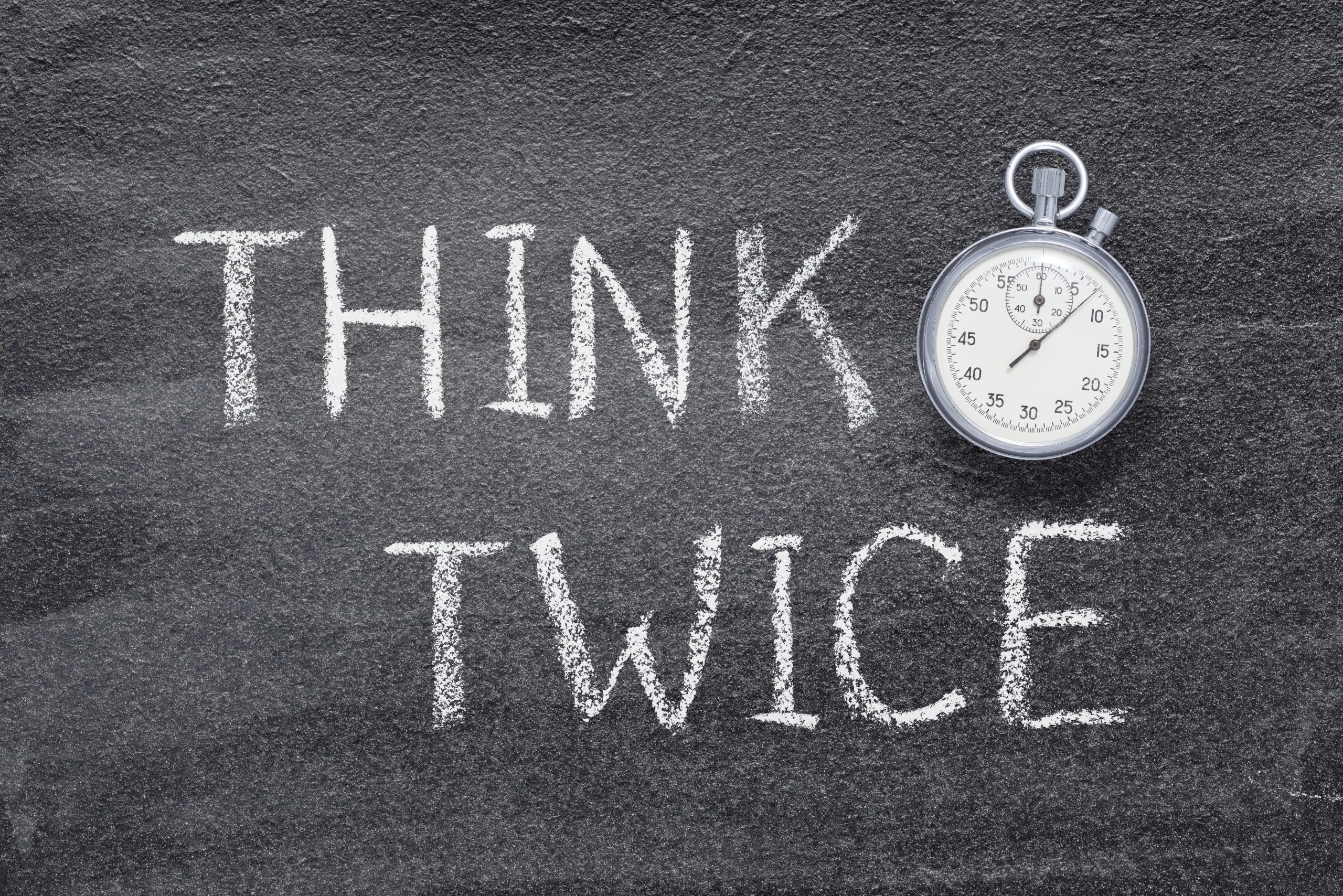 In a recent Supreme Court decision in Arthrex v. Smith & Nephew, the Court held that the unreviewable authority wielded by Administrative Patent Judges (APJs) at the Patent Trial and Appeals Board (PTAB) of the U.S. Patent & Trademark Office (USPTO) exercises authority of a “principal officer” and is incompatible with their appointment by the Secretary of Commerce to an “inferior office.” Instead of declaring their appointment unconstitutional, the Court’s remedial ruling was aimed at making PTAB judges “inferior officers.” It did so by a ruling interpreting 35 U.S.C. § 6(c) as enabling the USPTO Director to “review decisions rendered by APJs,” subordinating them to the Director’s full supervision.

The USPTO’s position in the case was that APJs are already “inferior officers” because they are subject to “significant oversight, direction, and control” by the Director, who is a Senate-confirmed “principal officer.”  The notion of PTAB judges’ subordination to the Director’s “significant oversight, direction, and control” as aspects of their “inferior officer” position was previously bolstered by the Federal Circuit’s Arthrex decision below, observing that “[n]ot only does the Director exercise administrative supervisory authority over the APJs based on his issuance of procedures, he also has authority over the APJs’ pay.” The utility and efficacy of that financial lever—APJs’ base salary—and the Supreme Court’s requirement for Director’s review of APJs’ decisions, are touted as key solutions for making APJs “inferior officers.” However, these are not nearly as powerful, direct, and agile as another lever for “significant oversight, direction, and control.” It is a lever which neither the USPTO, the Federal Circuit, nor the Supreme Court ever acknowledged is actually at play in greater force—the PTAB bonus system, with discretionary awards of up to 20% of the PTAB judge’s base salary.

Ironically, the very framework the USPTO and the courts heralded as saving the APJ appointment statute from Constitutional infirmity—the Director’s supervisory levers making APJs “inferior officers” (thereby dictating the outcome of PTAB cases)—is also the framework that likely undermines another Constitutional principle. That is the requirement that APJs’ adjudications be independent and impartial, in keeping with the due process clause of the Fifth Amendment of the U.S. Constitution. This is a substantive and profound conflict arising out of the artificial constraint to preserve Congress’ failure to protect the due process rights of patent owners.

Administrative Law Judges (ALJs) presiding over adjudications in administrative tribunals operated by most other Federal agencies may not be rated on job performance, nor receive performance appraisal reviews or related bonus awards. This ensures the appearance of their independence from their agency’s influence and impartiality in adjudication. In contrast, APJs received bonus awards of up to 20% of their base salary (reaching $33,910) based on a Performance Appraisal Plan (PAP) used by the USPTO to measure their job performance. The relative size of the bonus awards related to adjudication per se may raise due process concerns. I studied the features of the PTAB bonus plan and recently reported on my empirical analysis of the relationship between the bonus awards paid to APJs in fiscal year 2016 and the number and type of decisions they made that year.

I did this by obtaining the list of all America Invents Act (AIA) trial cases in which the PTAB made decisions that year on whether or not to institute a proceeding, and Final Written Decisions (FWD) on whether to uphold all patent claims or to cancel some claims. For each participating APJ, I tabulated in these four decision categories the total number of decisions in which the APJ participated in deciding to deny institution, grant institution, uphold all claims, or cancel claims. I also obtained from FederalPay.org the bonus awards received for that fiscal year by each APJ participating in those decisions. I found that PTAB judges that received relatively higher bonus awards were also those who, on average, had a larger fraction of decisions that were adverse to patent owners—creating the appearance of pecuniary bias in favor of petitioners.

The APJs’ PAP does contain a “Production” element that weighs 35% in overall rating, based on the total number of Decisional Units (DUs) they earn for all decisions they made in the period. The larger the DU credit, the higher the rating towards the bonus award. However, APJs received identical number of DU credits deciding to institute an AIA trial as to deny institution. Similarly, they earned an identical number of DU credits per FWD to cancel patent claims as to uphold all patent claims. Therefore, APJ rating under the “Production” element itself must be presumed neutral. What then could account for the empirically-observed bias in the bonus awards? The answer must lie in the structure and operation of the PAP’s subjective elements or other factors that are outside the objective “Production” element.

Other subjective critical elements in the APJ PAP, namely “Quality,” “Supporting the Mission of the Board,” and “Internal/External Stakeholder Interactions,” weigh in the aggregate 65% of the overall PAP rating. Rating APJs under these elements apparently opened the less transparent door for PTAB officials to indirectly and tacitly reward APJs for outcomes of their decisions (whether consciously or not). No causal relation need be proven here—mere correlation of any such non-production ratings with the number of decisions in any of the four categories is sufficient to create the appearance of pecuniary decisional bias.

For example, under the critical element weighing 20% called “Internal/External Stakeholder Interactions,” the APJ PAP elaborates: “Outstanding performance in this element includes, … appropriately, promptly, and courteously addressing any questions, comments, or requests from internal and external stakeholders.” But who makes these rating evaluations, and who supplies the factual record upon which such rating determinations are made? Are “external stakeholders” interviewed for that purpose? My study discusses plausible scenarios wherein APJ’s interactions with “external stakeholders” inherently and without intention renders a subjective measure of such interaction prone to pecuniary bias in favor of patent challengers, who are the heaviest users and repeat “customers” of the PTAB.

With what the USPTO called “gain-sharing bonuses” in an APJ recruitment brochure, it would hardly be a surprise if APJs that participated disproportionately in higher numbers of decisions to grant institution received higher ratings for “Supporting the Mission of the Board” element of their PAP. This is particularly plausible when such decisions are perceived to help “gain” workflow for the PTAB and where its top officials that rated the APJ were themselves incentivized to “ensure the most valuable PTAB employees are rewarded.” I can understand what a “fair,” “efficient,” or “impartial” judge means; but what is a “valuable” judge? “Valuable” to whom?

In yet another example, APJs were informed in the PAP Support Document that a secret extra-panel review committee of the PTAB called the AIA Review Committee (ARC) is of relevance to their rating under the “Quality” element of the PAP. According to this guidance, APJs must circulate their draft decisions to the ARC at least 6 business days in advance of the deadline to enable the ARC to review and comment. The guidance explains that “ARC comments are not binding, but instead suggestions that a panel may consider in preparing decisions.” Where the mention of ARC comments is made in the “Quality” element of the PAP, a reasonable APJ would draw the inference that earning higher “Quality” rating inevitably follows from greater conformity with the ARC recommendations. Coupling this with the fact that 85% of FWD’s were adverse to patent owners, and that by default, PTAB judges earn no DUs for any dissents they author, leads to the likelihood that higher “Quality” ratings of judges were correlated with a greater number of their decisions that were adverse to patent owners.

As Federal Circuit Judge Pauline Newman recognized in addressing this issue recently, the introduction of these potential due process infirmities in AIA trials is particularly difficult to reconcile with a tradition of due process of law that historically governed patent validity challenges.  Here, a quasi-judicial structure is created essentially to replace judicial proceedings, and in fact to provide an estoppel in judicial proceedings, to nonetheless conduct adjudications subject to questionable judge compensation procedures which would not be available to the Judicial Branch of government.

I address the implications of these and other findings (including “stacked” panels) on the due process rights of patent owners in my recent report and analysis.

Ron Katznelson, PhD Dr. Ron D. Katznelson is the Founder and President of Bi-Level Technologies, an image and signal-processing technology company in Encinitas, CA.  He is a technology entrepreneur, named inventor on 25 [...see more]