“Bite” (noun): more meaty news to sink your teeth into. 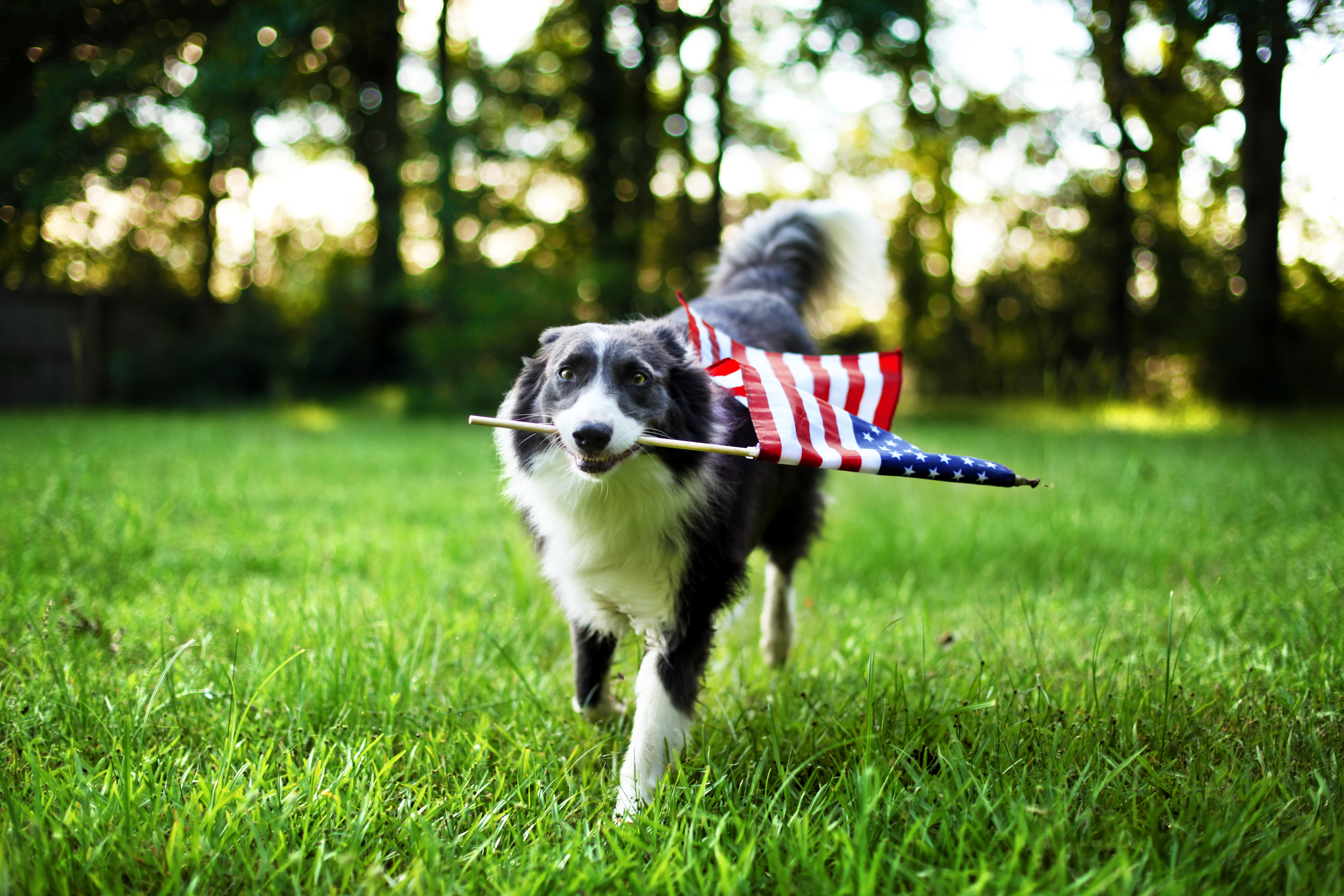 This week in Other Barks & Bites: Michael Kroll, an often-sanctioned patent attorney, is barred from practice before the USPTO; the Federal Circuit orders Judge Albright to grant motions to transfer patent suits filed by Ikorongo to Northern California; the NCAA issues a new policy allowing student-athletes to license name, image and likeness rights; the Supreme Court limits but doesn’t abandon the doctrine of assignor estoppel; the Copyright Office announces that certain on-site services will be open to the public by appointment only beginning next week; the USPTO issues an interim rule for processing requests for Director rehearing under Arthrex; the EUIPO has received a record number of trademark applications through the first six months of 2021; Amazon files a petition with the FTC seeking the recusal of Chair Khan from investigations into the e-commerce giant; and Apple files a declaratory judgment action to invalidate a pair of voice-over-Internet protocol patents recently asserted by VoIP-Pal.com.

Michael Kroll Finally Disbarred – on July 2, an order was issued by the U.S. Patent and Trademark Office (USPTO) excluding Michael Kroll, a patent practitioner who has been frequently disciplined by the Office of Enrollment and Discipline (OED) over the years, from practice before the USPTO. The decision arose from a complaint filed by the OED Director on March 6, 2019. The complaint alleged four counts of misconduct: (Count I) engaging in unauthorized practice before the Office in patent and trademark matters; (Count II) impermissibly dividing fees with another practitioner; (Count III) engaging in conduct involving dishonesty, fraud, deceit, or misrepresentation; and (Count IV) failing to cooperate with the OED’s investigation.

USPTO Tells Patent Applicants to Clearly Distinguish Prophetic and Working Examples – On Thursday, July 1, the U.S. Patent and Trademark Office issued a notice in the Federal Register to remind those filing patent applications at the agency about their duty to clearly distinguish prophetic examples, which describe reasonably expected results from experiments that have not been performed, from working examples, which use actual experimental results, in order to satisfy applicants’ duty of disclosure as well as written description and enablement requirements under 35 U.S.C. § 112.

CAFC Issues Mandamus Ordering Ikorongo Patent Suits to Northern California – On Wednesday, June 30, the U.S. Court of Appeals for the Federal Circuit issued a precedential decision on opinion in In re: Samsung Electronics Co., Ltd. in which the appellate court granted writs of mandamus in a pair of patent infringement cases directing U.S. District Judge Alan D. Albright of the Western District of Texas to grant motions to transfer those cases to the Northern District of California after finding that patent owner Ikorongo had engaged in manipulative behavior by assigning patent rights to a subsidiary and contractually obligating that entity to bring infringement suits within certain areas of Texas.

CRB Issues Proposed Rules on Public Broadcasting Rate Determinations – On Wednesday, June 30, the Copyright Royalty Board issued a pair of proposed rules in connection with ongoing rate determination proceedings for retransmissions of copyrighted works by public broadcasting entities, one based on a proposal by BMI requesting a cost-of-living increase to fees collected for the reproduction of musical works by public broadcasting entities licensed to colleges and universities, and another based on a proposal by Harry Fox Agency and the National Religious Broadcasters Noncommercial Music License Committee to modify fees for the reproduction of musical works for the use of shows that are not produced by National Public Radio.

New NCAA Policy to Allow Student-Athletes to Profit from NIL Rights – On Wednesday, July 30, the National Collegiate Athletic Association (NCAA) announced that it would be suspending its current rules surrounding name, image and likeness (NIL) rights for student-athletes, replacing them with a policy that allows student-athletes to engage in NIL licensing activities that are consistent with laws of the state where the athlete attends school.

SCOTUS Limits But Doesn’t Abandon Assignor Estoppel Doctrine – On Tuesday, June 29, the U.S. Supreme Court issued a decision in Minerva Surgical, Inc. v. Hologic Inc. in which the nation’s highest court vacated a ruling of the Federal Circuit finding that Minerva, which had previously owned patent claims asserted against it by Hologic, was barred from challenging the validity of those patent claims under the doctrine of assignor estoppel. The Supreme Court ordered the Federal Circuit to determine whether the patent claims as asserted by Hologic are materially broader than those claims were represented at the time of assignment.

USPTO Issues Interim Rule for Director Reviews of PTAB Rehearing Requests Under Arthrex – On Tuesday, June 29, the USPTO announced that it would be issuing an interim rule to incorporate the U.S. Supreme Court’s mandate from the recent decision in Arthrex v. Smith & Nephew. The procedure, which may change with public input, requires parties to file Requests for Review by the Director in the Patent Trial and Appeal Board’s (PTAB) End-to-End (E2E) electronic filing system and send notifications of those filings to an agency email address dedicated to such notifications.

SCOTUS Order List Includes Arthrex Remands, Cert Denials in Copyright and SEP Cases – On Monday, June 28, the Supreme Court issued an order list showing that the nation’s highest court had vacated judgments under Arthrex in several cases that are now remanded to the Federal Circuit, including Iancu v. Luoma, RPM International v. Stuart and Iancu v. Fall Line Patents. The order list also showed that SCOTUS denied petitions in several Arthrex-related cases as well as TCL Communication v. Godo Kaisha IP Bridge 1, which asked whether a jury could determine patent infringement based on the essentiality of the patent to a technical standard rather than similarities between the patent and an accused product, and ACI Information Group v. MidLevel U, which asked whether online news aggregators could obtain implied licenses to redistribute content originally posted on blogs if those publications choose not to protect their works online.

USPTO Issues FInal Rules on Maintenance Fee Mailing Address, Signature Requirements – On Friday, July 2, the USPTO published a pair of final rules in the Federal Register, one updating the agency’s rules of practice to update the mailing address for receiving maintenance fee payments not made electronically, and another eliminating the requirement for submitting a handwritten signature on both certain correspondence with the Office of Enrollment and Discipline and certain payments made to the USPTO by credit card.

Apple Files DJ Action Against VoIP-Pal in Northern California – On Thursday, July 1, consumer tech giant Apple filed a lawsuit in the Northern District of California seeking a declaratory judgment that it does not infringe a pair of patents covering technologies for making mobile phone calls via Internet protocol (IP) addresses and recently asserted against Apple by VoIP-Pal.com, as well as judgment that the asserted claims of those patents are invalid.

USPTO Releases Dataset on AI Technologies in Granted Patents, Patent Applications – On Thursday, July 1, the USPTO announced that it had released an Artificial Intelligence Patent Dataset (AIPD) identifying which of the 13.2 million patents granted by the agency and filed patent applications claim artificial intelligence technologies to enable research on the impacts of AI on innovation.

Copyright Office Reopens Services to Public By Appointment Only – On Thursday, July 1, the Copyright Office announced that on-site services, including claim submissions and requests for certified copies of certificates or copyright deposits, will be available to members of the public on an appointment-only basis starting next Thursday, July 8.

Simply Wireless Asks Western Washington Court to Dismiss T-Mobile Trademark Suit – On Tuesday, June 29, family-owned mobile network provider Simply Wireless filed a motion to dismiss a trademark suit filed in the Western District of Washington by cellular wireless firm T-Mobile, arguing that T-Mobile filed claims in district court after they failed in arbitration as a litigation tactic to exert pressure on Simply Wireless and that the claims are also time-barred.

Nissan Announces Plans to Build UK Gigafactory for EV Batteries – On Thursday, July 1, Japanese automaker Nissan announced that it would be building a £1 billion ($1.38 billion USD) gigafactory in the UK port city of Sunderland to produce batteries for the company’s electric vehicles, increasing employment for Nissan workers at its current Sunderland production facility by 1,650 jobs when completed.

Amazon Files Petition With FTC Seeking Recusal of Chair Khan – On Wednesday, June 30, e-commerce giant Amazon.com filed a petition with the Federal Trade Commission (FTC) asking the agency to promise the recusal of recently confirmed Chairwoman Lina Khan from any investigations targeting Amazon due to Khan’s past criticisms of Amazon’s business model as violating antitrust law. 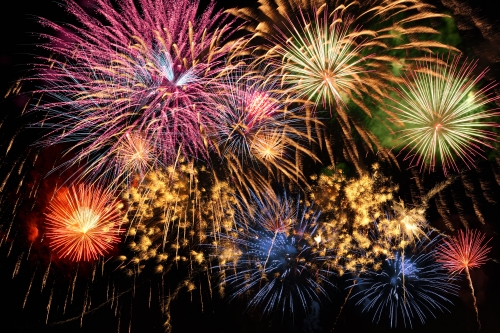