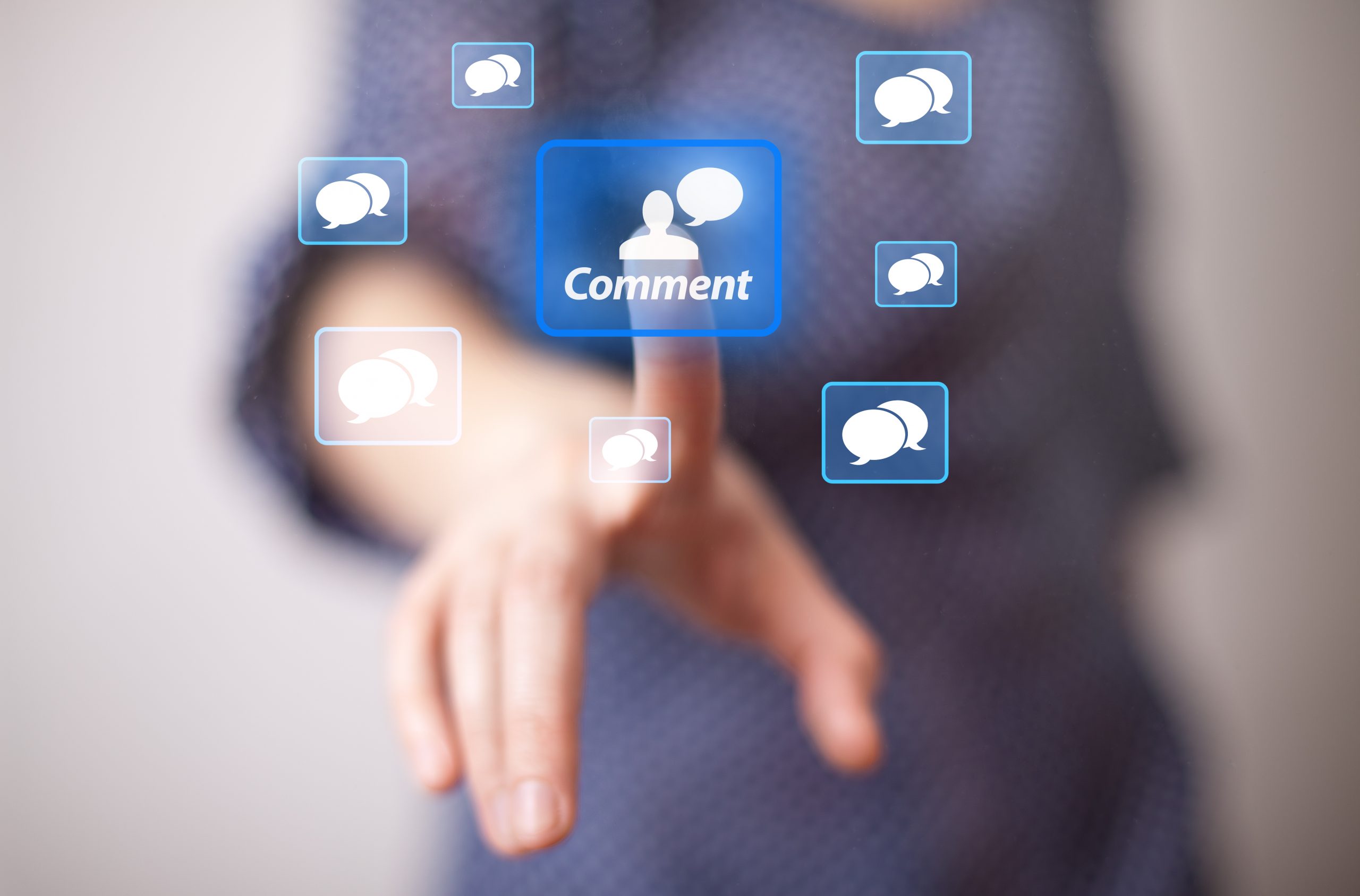 Yesterday, the U.S. Supreme Court ruled 5-4 in Minerva Surgical, Inc. v. Hologic, Inc., Cytyc Surgical Products, LLC that the doctrine of assignor estoppel”—which bars the assignor of a patent from later attacking the patent’s validity—“is well grounded in centuries-old fairness principles…[but] applies only when the assignor’s claim of invalidity contradicts explicit or implicit representations he made in assigning the patent.” Most expected the Court to rule along those lines following oral argument earlier this year, but the split decision, which included two separate dissents, could signal this Court’s future interest in patent cases. Commenters below also said that the ruling will result in the doctrine of assignor estoppel being applied much less frequently and in much narrower circumstances, and that it will almost certainly never be applied in employee agreement situations going forward. Here is what some stakeholders had to say.

As expected, the Supreme Court’s majority declined to eliminate the doctrine of assignor estoppel entirely, recognizing that it has been in force for over 100 years and plays an important equitable role. By carefully narrowing the doctrine’s application to only circumstances in which the patent had been transferred with an express of implied “warranty” of validity, however, the Court likely ensured that the doctrine’s future applicability will be limited. In this sense, while the Court’s clarification was helpful, the decision is highly unlikely to have a significant day-to-day impact in the average patent case. 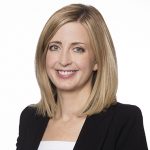 The Court’s ruling today results in more case-specific determinations of assignor estoppel. Whether any of the three scenarios in the majority’s opinions apply could be a source of debate in each case. Starting with the scenario at issue in the Minerva case—whether the asserted patent claims are broader than the claims at the time of the assignment—the inquiry may turn on claim construction, including underlying issues of fact that come along with claim construction. The second scenario also lends itself to debate. Reasonable minds frequently differ when considering whether a legal development impacts the validity of a claim—take § 101 for example. Even the majority’s first scenario leaves open questions. While general employment agreements requiring employees to assign all rights to inventions developed while in the employ of an assignee are fairly easy to identify, where do inventor oaths or invention-specific agreements fit in?  Will application of Minerva depend on whether inventors are determined to have assigned rights for value?  And, even after the threshold issues are determined, whether later employers of the assignor are in privity with the assignor is another open issue. Thus, while assignor estoppel lives on, whether it applies in a case may be another issue to be vigorously litigated alongside the merits. 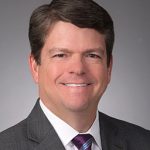 The Court drew more bright lines today than is apparent from its holding that assignor estoppel depends on whether the assignor is contradicting an earlier representation. The Court’s list of “non-contradictions” sweeps in many common situations. Employment agreements that assign future inventions may never trigger estoppel under today’s opinion. And even when assigning an existing patent, future legal developments or changes in claim scope could support an assignor’s later validity challenge. As for cases on the line, we should expect to see future Federal Circuit decisions about the “implicit representations” that continue to trigger assignor estoppel.

It’s also interesting that this is the second close Supreme Court patent opinion in the last two weeks. Nautilus and Mayo were unanimous, Myriad and Alice were unanimous in their outcome, and Teva and Oil States, were 7-2. There have been other closer patent cases, but generally speaking, they haven’t split the Court like Arthrex and Minerva have. This could give hope to those asking the current Court to revisit other areas of patent law. 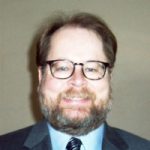 In Minerva Surgical, Inc. v. Hologic, Inc., the Court strikes a balance between elimination of the assignor estoppel doctrine and the broad interpretation given by the Federal Circuit by limiting the doctrine to cases in which it would be unfair to permit an assignor to contradict representations about the assigned patent’s claim scope. The holding appears fairly simple at first blush, but will the cabined doctrine be simple for courts to apply in practice? The holding seems likely to complicate litigation in some infringement cases by inviting factual disputes over exactly what the assignor assigned, and what rights the patent owner now asserts. Given the limits placed on the applicability of the doctrine, patent owners could run into difficulties in establishing that “fair dealing” is in play. Although the Court implies that express representations would not be necessary, it’s less clear what evidence would be needed to establish “implicit representations” made by the assignor at the time of assignment. In addition, it seems likely that there will be increased focus in litigation on post-assignment events that change the scope of the claims. Lower courts will have to hammer out how these disputes are resolved. 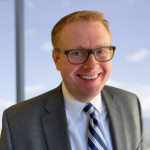 The court added some dicta—apparently suggested by the government—about how the doctrine should apply in the context of assignments during employment. The court suggested that since when an employee agrees to assign his invention to an employer, the employee doesn’t know what if anything he will invent, assignor estoppel should not apply. While that’s certainly true at the time an employee is on boarded, employment agreements are usually a promise later to assign an invention. Once the employee does invent something, he or she often works with the employer and makes the types of representations that the court said might trigger estoppel. It will be interesting to see how that scenario plays out in future cases. 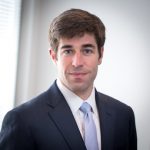 The primary takeaway from the decision is that, going forward, assignor estoppel will apply in relatively narrow circumstances. It will prevent a patentee from assigning a patent and then later arguing that the same patent is invalid. But it will not—to take one common example—prevent an employee who agrees as a condition of employment to automatically assign all patent rights in future inventions from later contesting the validity of one of those patents, because the employee cannot make a representation about an invention that does not yet exist. And, for similar reasons, it will not prevent the assignor of a patent application from contending that a later claim issuing from that application (or a related application) is invalid under section 112 because it lacks written-description support in the original application. 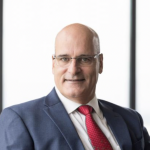 The Supreme Court upheld the doctrine of assignor estoppel, but limited its application to cases where the alleged infringer’s invalidity challenge would be contrary to explicit or implicit representations made when assigning the patent. And that makes sense to me. I am pleased the Court upheld the doctrine and defined its contours, just as we argued in our amicus brief for the American Intellectual Property Law Association (AIPLA). Getting the doctrine to apply will require more work. Now litigants will have to present the facts pertaining to any assignment and determine the extent to which the asserted claims accurately represent what the patent challenger originally assigned. The Federal Circuit did not think those facts were relevant, so the Supreme Court remanded the case for those facts to be explored. I expect courts will apply the doctrine less frequently and never in cases involving general or boilerplate employee assignment agreements, which are not directed to any particular invention. 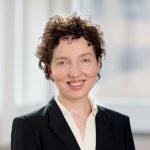 Today’s Supreme Court decision returns assignor estoppel to its equitable core. The doctrine has been applied as a per se rule, without looking at the facts of each particular case. The Court made clear that the doctrine is bounded by equity for both assignors and assignees. An assignor cannot represent that a patent is valid in selling the patent and then turn around in litigation and contend that it is invalid. But when an assignor’s claim of invalidity does not contradict any explicit or implicit representations made in assigning the patent, the doctrine does not apply. Courts will have to engage in a fact specific inquiry and determine when assignor estoppel applies and when it does not. The Court identified a number of circumstances where estoppel does not apply to guide the inquiry: (1) when the assignment occurs before there are any patent claims on file, (2) when a change in law results in claims that were previously valid being invalid, and (3) when the assignee changes the patent claims from what was assigned. While the ruling undoubtedly makes it more difficult for courts to determine whether the doctrine applies and parties will hotly dispute whether an assignor’s claim of invalidity contradicts a prior representation, it returns fairness to the process and allows for a true balancing of equities. 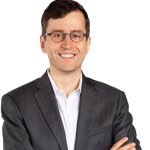 Whereas the Federal Circuit has over the years expanded the doctrine to find assignor estoppel even when there is no sale of a patent or misrepresentation of patent validity, the Supreme Court today limited the doctrine and held that assignor estoppel applies only when an inventor says one thing (explicitly or implicitly) in assigning a patent and the opposite in litigating against the patent’s owner. The Supreme Court’s ruling honors the centuries-old fairness principles on which assignor estoppel is based, while acknowledging the practical contemporary reality of how patents are invented, assigned, and later sold. The majority’s ruling will be seen as a win for competition and employee mobility, as it will make it harder for companies to rely on assignor estoppel to shield their patents from challenge by competitors who hire their former employees.