In Arthrex Ruling, SCOTUS Says Director Review of Decisions, Not Power to Remove APJs, is What Matters 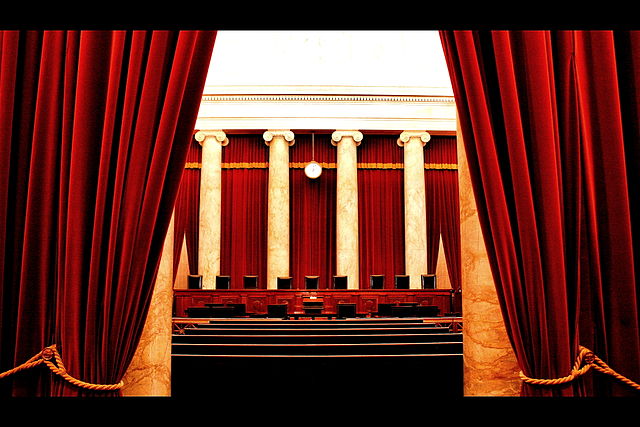 The Supreme Court has issued its ruling in United States v. Arthrex , taking a different approach to curing the statute than did the U.S. Court of Appeals for the Federal Circuit (CAFC) in 2019, and ultimately vacating and remanding the case back to the Acting Director of the U.S. Patent and Trademark Office (USPTO). While the CAFC held that the statute could be severed and rendered constitutional by making Patent Trial and Appeal Board (PTAB) Administrative Patent Judges (APJs) removeable at will, the Supreme Court said that remedy was not sufficient. The Court said: “[R]egardless whether the Government is correct that at-will removal by the Secretary would cure the constitutional problem, review by the Director better reflects the structure of supervision within the PTO and the nature of APJs’ duties.”

The full 72-page ruling was splintered and includes the following sections:

The Federal Circuit’s 2019 decision in Arthrex was authored by CAFC Judge Moore and held that the statutory scheme for appointing APJs to the PTAB violated the Appointments Clause of the U.S. Constitution, as it made APJs principal officers. APJs are appointed by the Secretary of Commerce, but principal officers must be appointed by the U.S. President under the Constitution, Article II, § 2, cl. 2. To remedy this, the statutory removal provisions that had been applied to APJs had to be severed so that the Secretary of Commerce would have the power to remove APJs without cause, said the CAFC.

But the High Court today said that the case must be sent back to the USPTO Acting Director, who will decide whether to rehear Smith & Nephew’s petition for inter partes review (IPR). The Court also held that “because the source of the constitutional violation is the restraint on the review authority of the Director, rather than the appointment of APJs by the Secretary, Arthrex is not entitled to a hearing before a new panel of APJs.”

The plurality opinion held that it is 35 U. S. C. §6(c) that poses the constitutional problem for the PTAB. That provision says that “only the Patent Trial and Appeal Board may grant rehearings” of appeals, derivation proceedings, post-grant reviews, and inter partes reviews. Thus, said the Court, this provision “is unenforceable as applied to the Director insofar as it prevents the Director from reviewing the decisions of the PTAB on his own. The Director may engage in such review and reach his own decision.” The plurality opinion concluded:

Industry comment has begun to roll in and IPWatchdog will publish those reactions soon. While the ultimate remedy is narrow, a number of questions have already been raised by the ruling, including what the broader implications may be for other government agencies that operate similarly to the USPTO; the practicality of USPTO Director review of potentially thousands of decisions; whether giving final say on these decisions to a political appointee is fair; and more. Stay tuned for further coverage.