Written Description in the Life Sciences: The Devil is in the Details 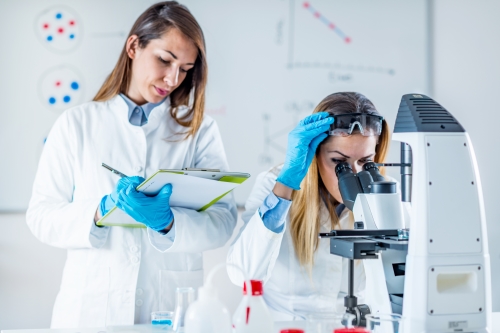 There is a quid pro quo under the U.S. patent laws. In exchange for disclosing her invention, an inventor receives a limited monopoly. Recent developments, however, have made it harder for those in the biotechnology industry to obtain the benefit of this bargain. The written description requirement mandates that a patent specification convey to one of skill in the art that the inventors had possession of their invention as of the day they filed their patent application. Ariad Pharms., Inc. v. Eli Lilly & Co., 598 F.3d 1336, 1351 (Fed. Cir. 2010). Over the last decade, three areas have proven troublesome in the life sciences.

First, claiming ranges can be tricky. As the Federal Circuit has explained, disclosure of a broad range of values may not be sufficient to support a particular value within that range. The General Hospital Corp. v. Sienna Biopharmaceuticals, Inc., 888 F.3d 1368, 1372 (Fed. Cir. 2018). From the patent’s disclosure, a skilled artisan must be able to discern the import of the claimed values.

Second, claiming antibodies has become increasingly difficult. A genus of antibodies is often claimed with reference to functional characteristics, such as antibody’s binding affinities or binding locations or blocking ability. But to adequately support a genus claim, a patent must disclose either a representative number of species, or structural features common to all members of the genus. Abbvie Deutschland GmbH & Co. v. Janssen Biotech, Inc., 759 F.3d 1285, 1299 (Fed. Cir. 2014). This can be quite a tall order.

In a dispute over a psoriatic arthritis drug, the inventors had set out sequences of over 300 antibodies in their specification. The problem, though, was that all of the disclosed antibodies had very similar sequences, “sharing 90% or more sequence similarity in the variable region[],” which is the region of an antibody that allows it to bind to a particular antigen. Though the accused antibody had the claimed neutralizing and antigen binding functions, its variable region was only 50% similar to the sequences taught in the patent. Id. at 1300. This was significant because expert testimony established that antibodies that were more similar to those in the disclosure—including those that were 80% similar through the variable region—could entirely lack the claimed functionality. The patent did not otherwise teach structural features that were common to all members of the genus. Thus, the patents were an attempt to cover every antibody that would achieve a desired result, but lacked representative examples to support the full scope of the claims.

The Lack of Written Description Trap

Third, claims may lack written description support even if a specification includes explicit disclosures. Courts will consider whether there is a cohesive disclosure that supports the claim, or whether support must be cobbled together from disparate and unrelated teachings. E.g. FWP IP ApS v. Biogen MA, Inc., 749 Fed. Appx. 969, 2018 WL 5292070 (Fed. Cir. Oct. 24, 2018).

The only independent claim in the asserted patent recited:

As construed, the preamble was a narrowing, functional limitation. This combined with the requirement for the administration of “an effective amount” meant that the claims only covered a subset of claimed nucleosides that actually treat hepatitis.

The claimed nucleoside structure corresponded to a sugar ring with five carbon atoms (numbered 1’ to 5’) and a base. (Figure 1A). At each carbon atom, additions could be made in either the “up” or the “down” positions. Idenix, for example, argued that a 2’-methyl-up nucleoside was key to treating hepatitis.  (Figure 1B).

Gilead’s drug was a 2’-methyl-up nucleoside, but—unlike anything taught in the patent— it also had a fluorine in the 2’-down position. (Figure 1C). Reflecting the plain language of the claims, the court’s construction required a methyl group at the 2’-up position, but allowed for any non-hydrogen substitutes at the 2’-down position. The result? The candidate compounds numbered in “at least [the] many, many thousands,” if not on the order of millions. Id. at 1157.

The patent itself disclosed 18 different formulas. For just one formula, there were two dozen possible substituents at the 2’-up position. Additionally, there were a dozen possibilities at the 2’-down position and dozens of options at other positions in the sugar ring, not to mention multiple different options for the base. This formula alone was determined to disclose more than 7,000 unique configurations with a 2’-methyl up substitution. There was no teaching for any of the formulas as to which combination of substitutions would result in a compound effective for treating hepatitis C. Moreover, there was no teaching whatsoever of the accused structure. Nor could there have been. Patent owner’s own witness admitted that Idenix itself “only came up with” that combination a year after it had filed its patent.

Nuvo Pharmaceuticals lost its patents on a non-steroidal anti-inflammatory drug (NSAID) for a similar reason. Its claims covered compositions that included an NSAID and an acid inhibitor “present in an effective amount to raise the gastric pH of [a] patient to at least 3.5,” along with an enteric coating surrounding at least part of the acid inhibitor.  Nuvo Pharmaceuticals v. Dr. Reddy’s Laboratories, 923 F.3d 1368 (Fed. Cir. 2019). The allegedly novel drug form had the benefit of prolonging the release of the acid inhibitor, which counteracts undesirable NSAID side-effects (such as ulcers). On defendants’ appeal, the claims were found to require that uncoated acid inhibitor be effective to raise the pH to the claimed level. The claims were also determined to be invalid for lack of written description support because there was no data in the specification to demonstrate to a POSITA that the inventors “possessed” effective, uncoated acid inhibitors.

By contrast, claims to a method for treating obesity were determined to be valid at least in part because of a “peculiarity” of the claim language. Nalpropion Pharmaceuticals v. Actavis Laboratories, 934 F.3d 1344 (Fed. Cir. 2019). Though the claims recited a treatment method—including specific steps of administering specific amounts of drug twice a day—they concluded with recitation of in vitro dissolution data. Defendant argued that the claims were invalid for lack of written description because they recited a dissolution profile achieved by one particular method, but the specification disclosed data only achievable by a different method. The district court had rejected Defendant’s argument, crediting patent owner’s expert’s testimony in determining that the patent specification disclosed two “substantially equivalent” methods for measuring dissolution. Patent owner’s win was upheld on appeal.

Pore Over the Patent

The lesson for litigants? If the asserted claims encompass an effective “treatment,” it will pay to pore over the patent specification.

William Jones William is an associate in the Robins Kaplan Intellectual Property and Technology Group. William uses his background as an economist and experience analyzing damages to represent his clients in complex technology [...see more]