“The CAFC interpreted the contractual provision to mean that the assignment duty is limited only to subject matter that itself could be protected as IP before the termination of employment; thus, ideas that are not patentable during employment are not subject to assignment under this provision, even if they are one day used as a step on the way to complete an invention.” 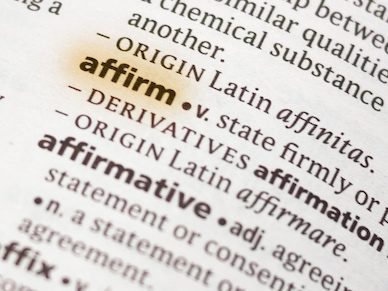 On April 29, the U.S. Court of Appeals for the Federal Circuit (CAFC) affirmed an International Trade Commission (ITC) decision in Bio-Rad Laboratories v. International Trade Commission & 10X Genomics, Inc. finding that Bio-Rad infringed the patent claims at issue; that 10X Genomics (10X) practiced the claims; and rejecting Bio-Rad’s defense that it could not be liable for infringement because it co-owned the asserted 10X patents.

10X filed a complaint against Bio-Rad Laboratories with the ITC, alleging that Bio-Rad violated the Tariff Act of 1930 for importing and selling microfluidic systems and gene sequencing components covered by three of its patents. 19 U.S.C. § 1337. The ITC affirmed the findings of its Administrative Law Judge, who found that Bio-Rad violated the statute and infringed the 10X patents, and determined that the patents were, in fact, being practiced by 10X as required for liability under the statute.

Two of the 10X patents, U.S. Patent No. 9,689,024 (“the ‘024 patent”) and U.S. Patent No. 9,695,468 (“the ‘468 patent”), shared a specification describing methods of preparing samples by “fragmenting molecules, isolating molecules, and/or attaching unique identifiers to particular fragments of molecules.” An analyte (made of polynucleotides, cells, or other material) can be subdivided into “an assembly of partitions,” such as droplets or microwells, that are loaded with microcapsules. Each analyte partition or microcapsule within may further contain a sample of a reagent. The reagent may be a unique identifier, such as a molecular barcode, that enables the tracking of partition content throughout additional processing. In one embodiment, the microcapsule may be a gel bead, and analytes or reagents may be coupled to the bead on the bead’s interior or outer surface. A stimulus may then trigger the release of the analytes or reagents from the microcapsule.

Two of the inventors of the 10X patents formerly worked for the company QuantaLife, Inc. (“QuantaLife”). When QuantaLife was acquired by Bio-Rad in 2011, the two inventors became Bio-Rad employees and each signed an agreement assigning all intellectual property rights to Bio-Rad for inventions “solely or jointly conceive[d], develop[ed], or reduce[d] to practice” during their employment with Bio-Rad. The two inventors left Bio-Rad in July 2012 to form 10X. In January 2013, the 10X inventors conceived the “gel bead in emulsion” (GEM) framework for the patents at issue. Shortly after 10X placed its related products on the market, Bio-Rad released its own ddSEQ™ system, which practices the patents at issue through using a stimulus to cleave oligonucleotides from the gel bead. Bio-Rad claimed co-ownership of the patents as an affirmative defense, arguing that the patents stem from an invention conceived while the 10X inventors were still employees of Bio-Rad.

The ITC also found that Bio-Rad infringed the ‘468 patent, which requires both the oligonucleotide and nucleic-acid solutions to be in an aqueous phase that meet at a “first junction . . . to form an aqueous mixture.” Thereafter, a droplet is generated when the mixture meets an “immiscible continuous phase,” such as oil, at a second junction. On appeal, Bio-Rad asserted that its product does not infringe because unlike the claims, its oligonucleotide and nucleic-acid solutions do not mix together before the second junction to prevent a reaction (lysis) between the solutions. The CAFC was unpersuaded, crediting expert testimony that the formation of a droplet before mixture was immaterial because the droplet formed by the claims was formed sufficiently quick enough after the mixture to prevent lysis.

Bio-Rad also argued that 10X’s product does not practice the ‘530 patent (as required by the domestic-industry portion of the Tariff Act) because investor presentations about the product stated that at least 1,000 gel beads remain to be dissolved after at least 1,000 droplets are formed. The CAFC disagreed, finding that Bio-Rad never explained why the ITC was wrong to conclude that the limitation had been met based on evidence that “a typical run of droplet formation, which can generate 8,000 droplets from one gel bead, lasts 6.5 minutes, suggesting that more than 1,000 droplets are generated in the last minute of the droplet-formation process.” According to the CAFC, “immediate” dissolution (lysis) of the gel beads does not equal “instantaneous” dissolution whereby fewer than 1,000 gel beads would have barcodes attached after droplet formation. The CAFC also gave no credence to Bio-Rad’s indefiniteness argument, finding that it was untimely raised and lacked merit.

Bio-Rad further argued that it was a co-owner of the patents at issue in accordance with the agreements signed by the former-employee-turned-10X-inventors, and thus could not infringe them. Bio-Rad asserted that while working at Bio-Rad, the inventors had ideas that contributed to their post-employment inventions and thus were required to assign their co-ownership interest to Bio-Rad. The CAFC disagreed, finding that the conception date of the invention was no earlier than January 2013, over six months after the inventors terminated their employment with Bio-Rad. The CAFC agreed with the ITC’s finding that the assignment provisions do not apply to a signatory’s ideas developed during employment simply because those ideas later contribute to a patentable invention. The language of the assignment provision stated that the “Employee shall assign to the Company . . . Employee’s entire right to any IP described in the preceding subsection, . . . whether or not patentable.” The CAFC interpreted the contractual provision to mean that the assignment duty is limited only to subject matter that itself could be protected as IP before the termination of employment; thus, ideas that are not patentable during employment are not subject to assignment under this provision, even if they are one day used as a step on the way to complete an invention. The CAFC further supported this finding by citing California law, which “recognizes significant policy constraints on employer agreements that restrain former employees in the practice of their profession, including agreements that require assignment of rights in post-employment inventions.” Whitewater West Indus., Ltd. v. Alleshouse, 981 F.3d 1045, 1056 (Fed. Cir. 2020).