Survival Strategy: Supporting SMEs to Leverage IP for Growth in Uncertain Times – A Perspective from Ireland

“In a time of increasing uncertainty, there’s no room for complacency and no point in congratulating ourselves on achievements so far if vulnerabilities are not identified and addressed in parallel.” 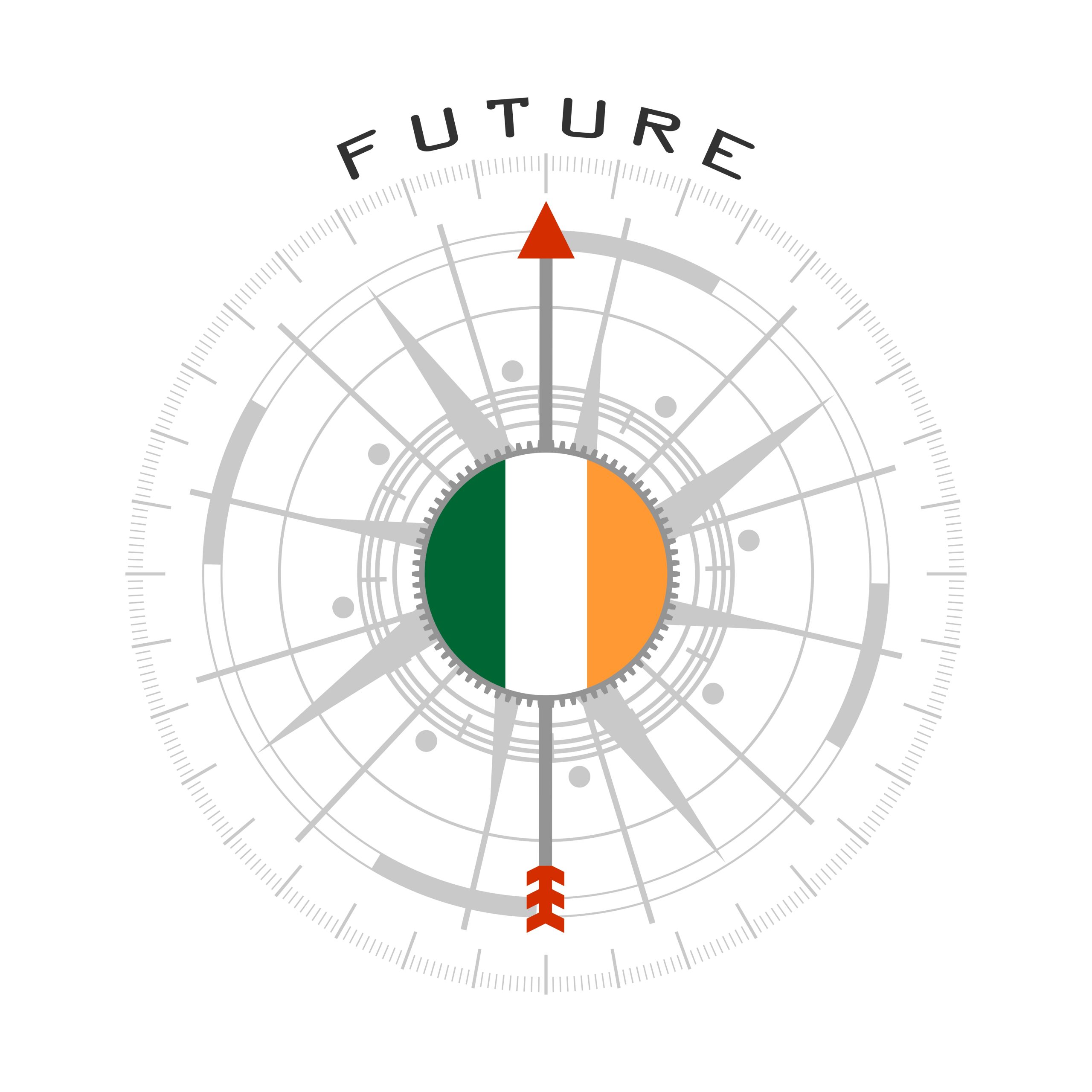 World IP Day may not have fully captured the public imagination yet, but it is increasingly an important moment to reflect on a topic that impacts all of our lives in more ways than are widely recognized. In Ireland for example, like many other modern open economies, IP plays a significant role in how we participate in the global marketplace. In addition, it is the intrinsic intangible nature of IP that allows us to play a role that is many times greater than our relative size would seem to allow. For example, in 2019, the European Patent Office (EPO) and European Union Intellectual Property Office (EUIPO) jointly published a report on “Intellectual property rights intensive industries and economic performance in the European Union”. According to that report, IP rights (IPR) intensive industries account for 45% of GDP, on average, across the EU. In Ireland, however, the share attributed these industries was 65% of GDP—a good 20 points ahead of the next highest.

This is good news for the Irish economy and helps to explain its resilience as it continues to weather the decidedly imperfect storm of the past few years. The UK-EU Brexit slow bicycle race, yielding a hard Brexit in December 2020, and with many wobbles still expected, represents a particularly significant threat to Ireland. Throw in a global pandemic, which more or less shut down the domestic economy and closed the door on tourism, and you’ve got a very uncertain outlook. In spite of this, the Irish economy has proved relatively robust. The EU Commission Winter 2021 Economic Forecast estimated that Ireland’s real GDP grew by 3.0% in 2020, the only positive growth rate in the EU. It seems unlikely that this could have been achieved without the contribution from IPR intensive industries.

However, as the pessimists would say, “every silver lining has a cloud”. Uncertainty is here to stay and there are always risks behind “outlier” statistics. So, rather than becoming complacent, it is critically important to look behind the headlines to see what should be done to climb out of the current crisis and to shore up against future ones. First of all, who are the IPR intensive companies behind such a huge chunk of GDP? They are not named in the report but it’s fair to conclude that they are, in the main, the multinational corporations with operations in Ireland. There is also a thriving domestic innovative industry sector, which is critical to the economy too, but this is likely to account for only a small fraction of the 65% of GDP from IPR intensive industries.

The truth is that SMEs, in Ireland and elsewhere, are much less likely to own IP in the first place, compared to large companies. According to another joint report from the EPO and EUIPO from Feb 2021, only 9% of SMEs in the EU own IP compared to 54% of large companies. However, they also reported that, for SMEs in particular, there is a very strong correlation between IP ownership and indicators of business success. For example, the revenue per employee at SMEs that own IP is on average 68% higher than that for non-IP owning SMEs. The equivalent figure for large companies is only 18%. Yet, another joint EPO-EUIPO report from 2019 provides another, complementary, vantage point by comparing the performance of companies that utilized IP from early on with those that did not. It showed that the companies that utilized at least one EU IPR early in their lifecycle were 17% more likely to achieve future periods of high growth. Furthermore, those that adopted a broad IP strategy, combining a range of IPRs, were 33% more likely to experience periods of high growth. The characteristics of this subset of SMES, so called “High Growth Firms”, include being innovative, risk taking, internationally active, resource constrained and built on human capital R&D and intangible assets. They were also shown to make a disproportionately large economic contribution during the phases of high growth.

The data, therefore, confirm that SMEs are not a generic category and within their ranks is a cohort with the potential to make an outsized economic impact. The question from an economic development point of view is how to identify, target and support them appropriately so that more of them achieve their potential, with the ultimate objective of building up the domestic IPR intensive industry base as a complement and counterbalance to the multinational base.

We All Have a Vested Interest in SME Success

This is not an Ireland only question, as all economies strive to create stable economies based on a well-balanced industry base. So, the theme of World IP Day, “IP and SMEs: Taking your Ideas to Market,” is particularly appropriate at this point in time. However, it should be noted that, while the focus is on today’s SMEs, it is really speaking to the subset that will be tomorrow’s large companies. In other words, these are the target not because they are SMEs but because they are a category of SME with the potential to be IPR intensive, off the back of which they may grow into large enterprises and really move the GDP needle. They are also an essential bulwark against uncertainty and future crises like Brexit and COVID-19.

As such, the whole economy has a vested interest in seeing these SMEs succeed. Very few would argue against the need for significant public investment to support them to innovate.  However, the idea that the State should also invest in supporting them to capture and utilize the resultant IP has yet to gain popular acceptance. There are positive signals however, like the European Commission publication of the EU Action plan on Intellectual Property, which has a strong focus on SMEs and numerous individual actions at country or federal level across the world.

Brexit and COVID-19 have shown that change can come rapidly, pushed by forces way outside our control. Yet IPR intensive companies have proved that it is possible to continue to trade and even to change in response the new environment and grow through the crisis. This is a lesson worth learning for the inevitable crises of the future.

In a time of increasing uncertainty, there’s no room for complacency and no point in congratulating ourselves on achievements so far if vulnerabilities are not identified and addressed in parallel. For example, Ireland is Ranked 9th overall on the 2020 European Innovation scoreboard and 1st on both the “Employment Impacts” and “Sales Impacts” dimensions. We are middle of the road on a few others but we are ranked 20th out of 27 on the “Intellectual assets”, our worst performing dimension.  So, at least by this measure, there appears to be a need to shift mindsets with regard to the levers we need to pull to grow resilient innovative enterprises. The old levers got us here but they are maxed out; we’ve got to look at what we are not doing so well.

Similarly, at the company level, there is a need to look at things differently. Running a startup/SME is a full-time job and fitting IP management and strategy into the day is a challenge, especially if it’s new to the business. This, together with finance and capability constraints, account in large part to the low use of IP by SMEs. To achieve the necessary change within a reasonable time frame it is necessary for the State to play a more significant role and to invest taxpayer money for mutual benefit in the long-term.

It is for this reason that Enterprise Ireland, as the national public agency with primary responsibility for supporting innovative exporting Irish enterprises, has recently developed the IP Strategy support scheme for SMEs as a complement to our existing range of R&D and innovation support programs. The scheme provides financial aid to R&D performing companies to support them to develop an IP strategy tailored to their needs. It is designed to accommodate the varying needs of SMES at different stages of “IP maturity” and allows them to build their IP strategy in bite-size chunks or to undertake a more in-depth assignment over about 18 months. They can also reapply to take it up another level. There are two core objectives – to support companies to access external IP expertise and in parallel to develop internal IP capability, with the combined purpose to address the broadest possible range of IP management/strategy issues related to their innovation.

While the IP strategy offer is a relatively small initiative, its structure and integration with other R&D/Innovation supports enables SMEs to embed IP strategy as a component part of innovation and business culture, rather than hived-off activity. The more integrated approach involving more business functions, like finance, also helps SMEs to avail more easily of other supports in the innovation ecosystem, like the R&D tax credit and Knowledge Development Box (the Irish OECD compliant innovation box).

There is obviously much more to be done, but on this World IP day it is encouraging to see WIPO raise awareness of the issues around IP and SMEs and the need for greater support from governments. In the opinion of this author, this is increasingly a necessity to help reinforce economies against future shocks, but also to maximize global cooperation toward a shared aim of avoiding crises in the first place.

Joe Doyle Joe Doyle is Intellectual Property Manager with Enterprise Ireland where his role is to promote the integration of IP strategy with the business strategies of EI client companies. He provides [...see more]