“Parties seeking the extraordinary remedy of an ex parte seizure order should emphasize whether, for example, the defendant has a high level of computer proficiency and that such a defendant may find ways to hide, quickly disseminate, or otherwise destroy key evidence if such relief were not granted.” 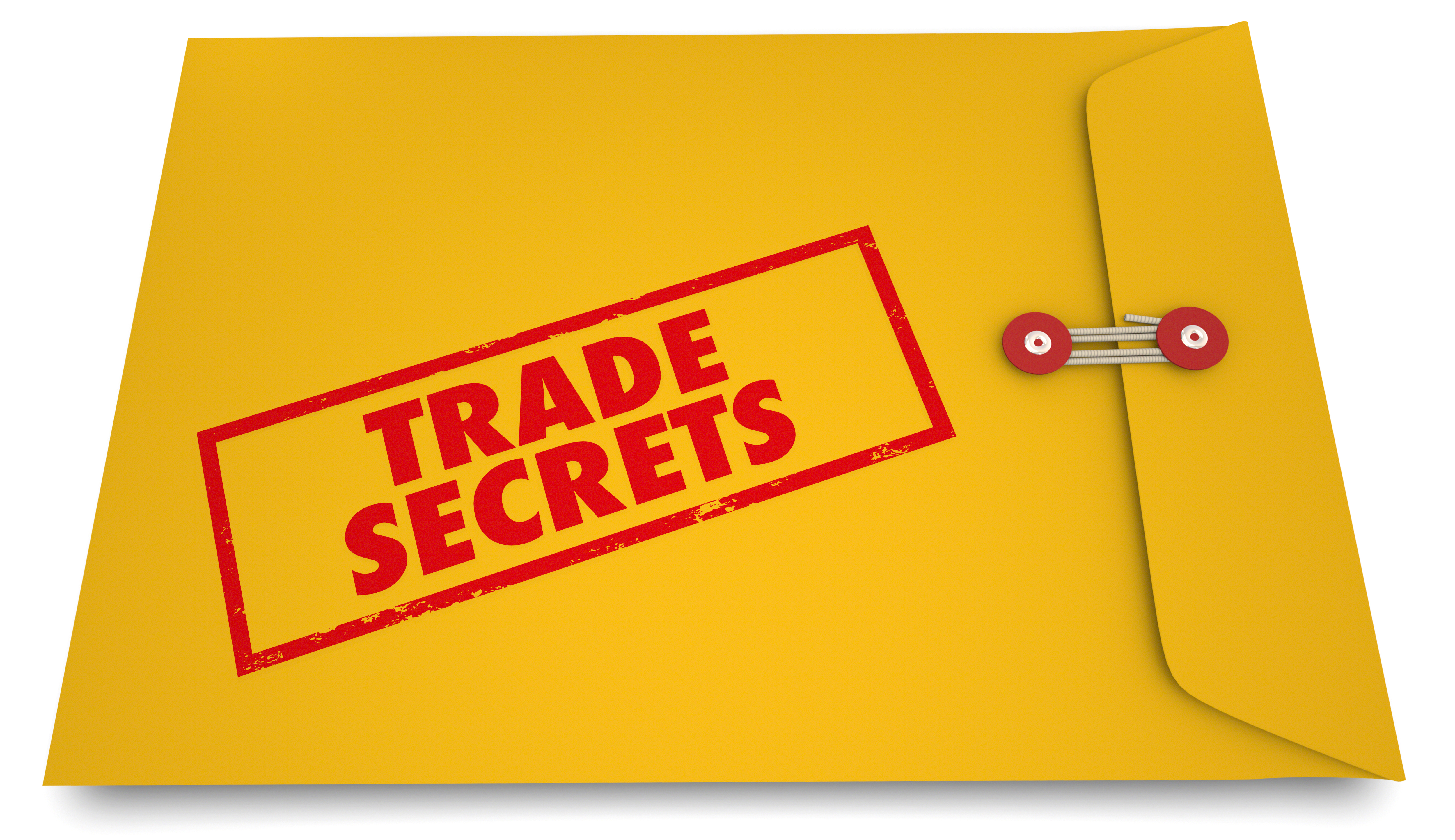 Almost five years has passed since the enactment of the Defend Trade Secrets Act (DTSA) on May 11, 2016, which provides for civil relief for the theft of trade secrets. The most controversial provision, 18 U.S.C. § 1836(b)(2), authorizes a federal court to issue an order, in extraordinary circumstances, and upon an ex parte application based on an affidavit or verified complaint, to provide for seizure of property necessary to preserve evidence or to prevent the propagation or dissemination of the trade secret. Thus, the issuance of a seizure order is limited to “extraordinary circumstances.” According to the House Report, the “ex parte seizure provision is expected to be used in instances in which a defendant is seeking to flee the country or planning to disclose the trade secret to a third party immediately or is otherwise not amenable to the enforcement of the court’s orders.” In other words, it is intended to stop the dissemination of a trade secret, especially overseas, before its value has been lost through public disclosure. Thus, it provides a trade secret owner with the ability to mitigate the risk that trade secrets are irrevocably lost, transferred, or moved beyond the jurisdiction of the court.

The provisions of the DTSA section are similar to the seizure provisions under 15 U.S.C. § 1116(d) of the Lanham Act that permits trademark plaintiffs “to preserve the evidence necessary to bring trademark counterfeiters to justice.” Accordingly, the courts may look to guidance to that section to addressing applications under the DTSA. See e.g., SATA GmbH & Co. Kg v. Wenzhou New Century International Ltd, No. CV 15-08157-BRO, 2015 WL 6680807, at *10 (C.D.Cal. Oct. 19, 2015 (ordering ex parte seizure of counterfeit paint reservoirs where “similarly situated defendants in analogous trademark infringement cases have a history of disposing of counterfeit goods and refusing to comply with court orders.”).

Because of the extraordinary nature of the relief, there is a very limited number of reported cases that address this section, and even fewer reported cases that have granted the requested relief. Given the apparent paucity of cases, the need for this section is questionable, especially since plaintiffs can turn to Fed. Rule Civ. P. 65(b) and courts, as discussed below, have granted relief under that section even where it was not specifically sought by plaintiffs. However, since ex parte applications generally are filed under seal, it is likely that there are a number of cases in which the seizure order may have been considered and remain under seal.

There are eight specific requirements for issuing a seizure order, and while many of them are identical or substantially similar to those required for the issuance of a temporary restraining order (TRO) or a preliminary injunction. Section1836(b) provides that any seizure order should be issued only where a preliminary injunction would be inadequate and the absence of a seizure order would permit a party to “evade, avoid, or otherwise not comply with such an order.” This requirement has proven to be by far the greatest obstacle in obtaining an ex parte seizure order under the DTSA, which is not surprising given most courts’ greater familiarity with this remedy and the more drastic nature for ex parte relief. Thus, courts often have denied applications, generally finding that a seizure order under Rule 65 is adequate and an ex parte seizure order is unnecessary. See e.g., Baleria Carribbean v. Calvo, No. 1:16-cv-23300, at *8 (S.D.Fla. Aug. 5, 2016) (rejecting request to seize the defendant’s personal Mac laptop where the applicant failed to demonstrate the “extraordinary circumstances contemplated by the DTSA.”); Jones Printing v. Adams Lithographing et. al., No. 1:16-cv-442, at *3 (E.D. Tenn. Nov. 3, 2016) (same, where the application was “bare and conclusory and insufficient to warrant an ex parte civil seizure order in contrast to a TRO or preliminary injunction under Rule 65, “which appears to be the preferred form of injunctive relief under § 1836 to date.”); Dazzle Software II v. Kinney, No. 16-cv-12191 (E.D.Mich. July 18, 2016) (rejecting request for civil seizure of computers and computer storage devices on the ground that a less “extraordinary remedy is available.); ARB Labs Inc. v. Woodward, No. 2:19-cv-00116-JAD-Pal, 2019 WL 332404 (D.Nev. Jan. 1, 2019); OOO Brunswick Rail Management v. Sultanov, No. 5:17-cv-00017, 2017 WL 67119 (N.D.Cal. Jan. 6, 2017);

In contrast, courts are more inclined to grant an ex parte seizure under the DTSA where there is evidence that the defendant had concealed or destroyed documents in the past, has the ability to do so, or has not been entirely truthful. For example, in Mission Capital Advisors LLC v. Romaka, No. 1:16-CV-05878 (D.I. 7) (S.D.N.Y. July 29, 2016) the federal district court issued an ex parte seizure order after determining that further Rule 65 orders would be inadequate. Therein, the plaintiff accused a former employee of trade secret misappropriation and upon investigating the former employee’s computer allegedly discovered that he had downloaded files including internal financial and deal data, and plaintiff’s entire contact list. When confronted, defendant denied he had retained the data and permitted plaintiff to investigate his computer. Plaintiff learned that defendant allegedly had downloaded more data than initially believed, and contrary to his denial, retained the contact list files, specifically masking the file type and changing the filename. Plaintiff requested that defendant permit plaintiff’s expert to remove the trade secret data, but defendant ignored repeated requests. Thereafter, plaintiff sought and received a TRO requiring defendant to appear in court to show cause why a preliminary injunction should not issue. Plaintiff made numerous attempts to serve him, but defendant failed to respond and to appear in court. The court was thus persuaded that further Rule 65 orders would be inadequate and issued an ex parte order commanding United States Marshals to seize two files comprising plaintiff’s contact list from defendant’s laptop. A court-approved expert and three U.S. Marshals executed the seizure and immediately turned over the files to the court. The court returned the seized files to plaintiff and closed the case but ordered plaintiff to retain the files for one year before destroying them, allowing defendant the opportunity to argue that the files were improperly seized.

Similarly, in Solar Connect, LLC v. Endicott, 2018 WL 2386066, at *2 ( D.Utah Apr. 6, 2018), the court granted an application for the ex parte seizure of certain computer files on the ground that defendants had a high level of computer and technical proficiency and there were attempts in the past by them to delete data and information from computers, and had also shown a willingness to provide false and misleading information, including false information to conceal their identity. Furthermore, according to the court, defendants also showed a willingness to hide information and move computer files rather than comply with requests to cease use of Plaintiff’s proprietary materials. “Thus, it appears that Defendants would evade, avoid, or otherwise not comply with an order issued pursuant to Rule 65, Fed. R. Civ. P. or other equitable remedy,” said the court.

However, the Solar Connect court also limited the seizure to the imaging of the computer files under limited and controlled circumstances stating that “[n]o physical property, such as computers, tablet computers, smartphones or documents, will be seized, other than for the period required to image the computers and computer devices, including copying of files from any associated networks … Law enforcement officials will proceed with the seizure at the time and place specified below, and in the most efficient manner possible to minimize disruptions to Defendants’ legitimate business operations and to any third parties.”

In at least two other cases, the district court found “extraordinary circumstances” also based on the defendants’ familiarity and proficiency with computer and software tools together with their history of dishonesty and non-compliance with court orders. In AVX Corporation v. Kim, No. 6:17-cv-00624-MGL, 2017 WL 11316598, at *2 (D.S.C. Mar. 13 2017) the court reasoned that defendant’s “likelihood to evade, avoid, or otherwise not comply with such an order is demonstrated by his deceptive actions when he repeatedly lied and attempted to conceal the fact that he surreptitiously accessed and downloaded the Stolen Computer Files” and justifies the imposition of an ex parte order.

In Axis Steel Detailing, Inc. v. Prilex Detailing LLC, No. 2:17-cv-00428-JNP, 2017 WL 8947964, at * (D. Utah, June 29, 2017) the court found that “[a]t least some of the Defendants have a high level of computer technical proficiency and there have been attempts by Defendants in the past to delete information from computers, including emails and other computer data. Further Defendants have shown a willingness to provide false and misleading information. Accordingly, it appears that Defendants would evade, avoid, or otherwise not comply with an order issued pursuant to Rule 65 of the Federal Rules of Civil Procedure or other equitable remedy.”

In conclusion, parties seeking the extraordinary remedy of an ex parte seizure order should emphasize whether, for example, the defendant has a high level of computer proficiency and that such a defendant may find ways to hide, quickly disseminate, or otherwise destroy key evidence if such relief were not granted. Further, to the extent that the defendant has not complied with other orders of the court or has been dishonest or misleading, this should also be emphasized. Other important factors that should be highlighted include the risk of the defendant fleeing the country with the trade secrets. Victims should also be careful to identify the trade secret with sufficient particularity in the application. Regardless, it appears that many courts will ultimately rely on Rule 65 to grant a TRO instead of an ex parte seizure, especially where the actual seizure doesn’t appear critical and it is likely that the defendant will comply with the terms of the TRO. This means that plaintiffs that are seeking an ex parte seizure order should consider whether to alternatively also seek a TRO, which a court is more likely to grant, and which is better than obtaining no emergency relief at all.