“[T]he waiver of one’s right to seek district court review of a TTAB decision applies only per decision, not per case.” 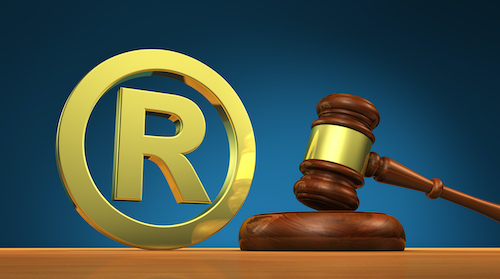 On March 17, the U.S. Court of Appeals for the Fourth Circuit reversed and remanded a decision from the U.S. District Court for the Western District of North Carolina in a Lanham Act statutory interpretation case. The case involved plaintiffs Snyder’s-Lance, Inc. and Princeton Vanguard, LLC (collectively “Princeton Vanguard”) and defendant Frito-Lay North America, Inc. (“Frito-Lay”). The district court held that a party to a trademark dispute who appeals a decision of the Trademark Trial and Appeal Board (TTAB) to the U.S. Court of Appeals for the Federal Circuit (CAFC), resulting in the vacatur, remand and issuance of a new decision by the TTAB, may not then seek judicial review of that second decision in federal district court. The Fourth Circuit disagreed and ultimately reversed and remanded the case back to the district court.

In 2004, Princeton Vanguard registered the trademark “Pretzel Crisps” on the supplemental trademark register, which accords only modest trademark protection for those marks that are merely descriptive. Once a mark on the supplemental register has acquired distinctiveness, it can be moved to the principal register and thus be accorded the highest level of protection. Thus, after five years, believing that the “Pretzel Crisps” mark had acquired distinctiveness, Princeton Vanguard reapplied for registration on the principal register. Frito-Lay opposed this registration, arguing that the mark was either generic for pretzel crackers or had not acquired distinctiveness, and thus was not registrable. The TTAB reviewed the dispute and sided with Frito-Lay, finding that the mark was generic at that time. Princeton Vanguard appealed this decision to the CAFC.

The CAFC, finding for Princeton Vanguard, disagreed with the TTAB. It concluded that the TTAB had applied the incorrect legal standard in determining whether the mark was generic, by evaluating the terms “Pretzel” and “Crisp” separately rather than together as a whole. The CAFC also noted that the TTAB could not disregard the results of survey evidence without explanation, and thus vacated and remanded the decision back to the TTAB for further review. In 2017, while on remand, the TTAB again concluded that “Pretzel Crisps” was generic, but this time also concluded that “Pretzel Crisps” lacked acquired distinctiveness. Princeton Vanguard then appealed the second TTAB decision, this time to the U.S. District Court for the Western District of North Carolina, to expand the record to include new evidence of acquired distinctiveness. The court dismissed the case for lack of subject matter jurisdiction, and Princeton Vanguard appealed to the Fourth Circuit.

The Fourth Circuit looked to the Lanham Act for guidance, which allows an applicant who is dissatisfied with the initial decision of the TTAB to seek review of that decision either at the CAFC or in federal district court. The court noted that issues already decided by the CAFC cannot be relitigated in district court. The parties agreed that the TTAB’s initial decision in 2014 and its decision after remand in 2017 were separate decisions, however, Frito-Lay contended that under the Lanham Act, Princeton Vanguard’s decision to litigate the initial decision at the CAFC bound them to that choice for the remainder of the case; therefore, the district court had no jurisdiction over the case. The Fourth Circuit disagreed with this interpretation, finding:

While the statute speaks of “waiving [one’s] right” to district court proceedings and refers to an ‘appeal [that] has been taken’ to the Federal Circuit, it says nothing about how long a choice of forum remains in effect, or whether it can bind a party across appeals from related, but distinct “decisions.”

The court relied on common sense in finding “that there must be some limitation[,]” and thus determined that the waiver of one’s right to seek district court review of a TTAB decision applies only per decision, not per case. According to the court, the word “decision” in the statutory text should be given the same meaning throughout the text. Interpreting it to give two different meanings (either an individual decision or all decisions in a case), would “ask[] the reader to switch back and forth between meanings twice in a single sentence[,]” and would thus be problematic. Furthermore, the court stated that by interpreting the text in favor of Frito-Lay, it would be forced to read even more language into the text than it would by interpreting it in favor of Princeton Vanguard, leading to a “tortured result.” The Fourth Circuit also disagreed with the district court’s reliance on the “statute’s use of definite article to support its interpretation.” In other words, the district court concluded that in using the words “the decision” instead of “a decision[,]” the statute only allows for a statutory choice between CAFC and district court review for one decision, not a series of decisions. According to the Fourth Circuit, this literal interpretation would result in “no review right of subsequent [TTAB] decisions in any forum.”

The district court also held that once CAFC review has occurred, a district court may not review the case because this is the only interpretation of the statute that gives full effect to a CAFC opinion and avoids the problem of one Court of Appeals decision binding another in an appeal from one of its district courts. Again, the Fourth Circuit disagreed. According to the court, this interpretation requiring the CAFC to hear all future appeals in the proceedings where it has once reviewed a case “would eliminate the right of the winner before the [TTAB] to elect proceedings before the district court if the initial review had been before the [CAFC].” This is incorrect, according to the court, because the waiver in Section 1071(a)(1) of the statute allowing a party who appeals to the CAFC to waive its right to proceed in district court, refers only to a waiver made by the aggrieved party. Therefore, even if the aggrieved party waived its right to district court review in one decision, this does not prevent the winning party from later exercising its right to force district court review in a subsequent decision. Further, the Fourth Circuit stated that it is not unheard of for an appellate court to apply another’s prior decision as the law of the case, so this should pose no issue.

The Fourth Circuit could not find any legislative history to support the determination that the choice between CAFC or district court review could only be made once per case as opposed to after each TTAB decision. Instead, the court found that the history indirectly supports the opposite by “mak[ing] abundantly clear that the choice of one path of review of a decision of the [TTAB] precluded the other.” Furthermore, the only other Courts of Appeals to have considered the issue, the Seventh and Ninth Circuits, have also interpreted the statute in favor of Princeton Vanguard’s arguments. Lastly, noted the Fourth Circuit, policy considerations further favor this reading of the statute. Citing the Seventh Circuit, the court noted that “a party’s ‘need for district court review may become clear only later, after the reviewing Board’s second decision[,]’” again supporting the interpretation that parties should be allowed to reassess their review options after each TTAB decision. Tibbetts Indus., Inc. v. Knowles Elecs., Inc., 386 F.2d 209, 212 (7th Cir. 1967).