“The USPTO is not going to address anything bigger [than this proposal] at this time…. If there is going to be a larger conversation about whether there is a need for a separate design bar, for example…it will be with public input and complete transparency.” – Drew Hirshfeld 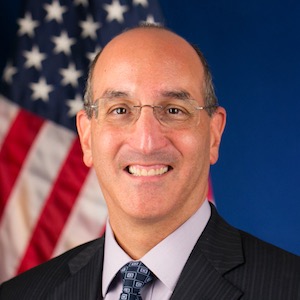 The United States Patent and Trademark Office (USPTO or Office) earlier today published a Request for Comments in the Federal Register asking for public input into proposed changes to the General Requirements Bulletin for Admission to the Examination for Registration to Practice in Patent Cases Before the United States Patent and Trademark Office (GRB). The Office is considering changing the criteria applicable in ways that would streamline the process for both applicants and the Office of Enrollment and Discipline (OED), the office within the USPTO tasked with administering the Patent Bar Exam and implementing the rules pertaining to admission to practice before the Office.

The changes contemplated by the USPTO make sense, but they do not go nearly as far as some will want. In recent months, debate has been developing regarding a desire to allow for a multitude of degrees traditionally held by women to qualify one to become a patent practitioner. The proposed changes do not directly address those issues, nor do they address making changes to or eliminating technical competency requirements for patent practitioners. Instead, what the USPTO is doing here during a transition between Administrations is to make administrative changes that should not be controversial.

In order to become a patent attorney or patent agent, it is necessary to take and pass the patent bar examination. Only those individuals who can demonstrate technical and/or scientific competency are allowed to sit for the examination. The burden is placed on individuals applying for the examination to demonstrate that they possess the scientific and technical training necessary to provide valuable service to patent applicants. Notwithstanding, the Office had created a list of Category A degrees that presumptively qualify an applicant to sit for the patent bar exam. These degrees include biology, general chemistry, physics, electrical engineering, mechanical engineering and several dozen other degrees. Those who do not presumptively qualify with a Category A degree from an accredited United States college or university, or an equivalent bachelor’s degree awarded by a foreign university, typically turn to Category B, which provides four separate options to demonstrate the required competency based on a defined number of credits in certain fields of study. For example, the quickest and easiest option B route is to take 24 credit hours of physics for physics majors. Alternatively, there is a Category C, which allows applicants to otherwise show competency through practical engineering or scientific experience, and has largely been reserved historically for those who have passed a Fundamentals of Engineering test, or from time to time a particularly determined Ph.D. candidate. If an applicant does not qualify under any of these categories, the USPTO will conduct an independent review for compliance with the scientific and technical training requirement.

“These changes make sense, and they streamline the process,” said Drew Hirshfeld, Commissioner for Patents at the USPTO, when speaking with IPWatchdog about the Federal Register Notice. “This is more of an administrative update for things that do not seem controversial.”

Hirshfeld, who has been Commissioner for Patents for over five years and recently had his appointment renewed for another five-year term, is presently acting with the authority of the Under Secretary of Commerce for Intellectual Property and Director of the Patent Office. Hirshfeld will occupy this temporary position until such time that President Biden’s eventual nominee is confirmed by the Senate, upon which Hirshfeld will return to his position as Commissioner for Patents.

During this time period where there is no confirmed political leader in position at the  USPTO, protocol dictates that the career official vested with the powers of the Director tend to Office business but not engage in large initiatives or shifts in agency policy. Essentially, the business of the Office is to keep going until such time as the new President puts his person in position. These proposed changes are not shifting Office policy or making new rules. Rather, the resulting proposal now out for public comment seeks to make it much easier for those with advanced degrees to qualify for admittance to the patent bar, and to seek the input of the public  regarding whether the requirement that labs in sequential semesters for certain Category B options be maintained.

“The USPTO is not going to address anything bigger [than this proposal] at this time,” Hirshfeld told IPWatchdog. “If there is going to be a larger conversation about whether there is a need for a separate design bar, for example, if that goes forward, it will be with public input and complete transparency.”

When asked “why now?” Hirshfeld reiterated that these changes “just make sense, so we should do them because they make sense.” But why not wait and make smaller and larger changes all together? “We should never stand in the way of doing the right thing,” Hirshfeld explained.

Indeed, for what it is worth, having spent almost an entire generation (21 years and counting) teaching would-be patent practitioners how to take and pass the patent bar exam, I think the changes suggested by the Office are not controversial and should be easy to approve. Truthfully, these changes should not make a significant difference with respect to who can demonstrate the scientific and technical competency required to sit for the registration examination, it just alleviates needless administrative burden for many, and for the Office.

The degrees that the Office is contemplating adding to the Category A list are hard core science and engineering degrees, and they should be in Category A. Their absence in Category A hasn’t stopped anyone from becoming a member of the patent bar, it just made the applicant go through the additional steps of providing course descriptions as they existed at the time classes were taken in order to satisfy Category B, and then required OED to review those course descriptions to determine eligibility to sit for the registration examination.

Adding advanced degrees to Category A makes sense provided the degree matches one already on the Category A list. The historical reason advanced degrees were disregarded was because of the existence of degree mills once upon a time that would grant “engineering sounding” degrees that were really glorified business degrees. So, as long as the advanced degree is a scientific or engineering degree, it absolutely should qualify under Category A to demonstrate the requisite scientific and technical qualifications to sit for the patent bar exam.

I’m less certain about the need to do away with two sequential labs for certain Category B options and will be keenly interested in the public comments. The proposed change should make it easier for some computer science majors to qualify. However, I have long said that the single best way to pick a good patent practitioner is to know how they performed in labs. If they did OK in the classroom and great in labs that suggests they knew enough to know what was going on and had the ability to explain what they had done and why the results obtained were achieved—something rather uncommon for many engineers and scientists, but absolutely essential for a patent practitioner. So, I’d be inclined to require more labs, not fewer.