The Biden Administration is at an Innovation Crossroad

“In 1989, NIH was pressured to include a “reasonable pricing” provision in its CRADAS (cooperative R&D agreements) and exclusive licenses. The result wasn’t a golden age of more affordable drugs—instead, partnerships with industry collapsed.” 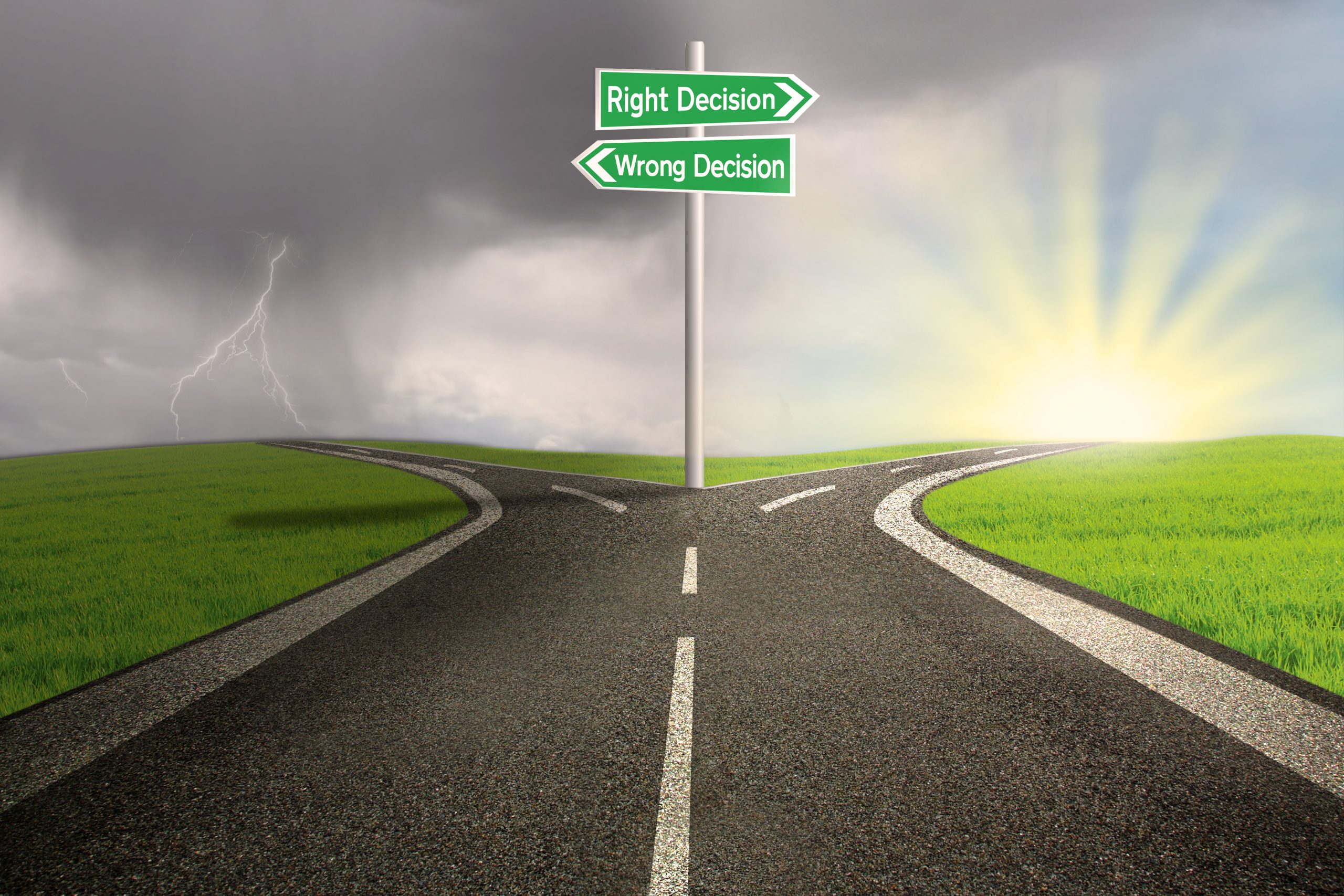 The new Presidential Administration has hardly settled in before being confronted with a stark choice: will they continue policies that foster public/private sector R&D partnerships or be diverted down a path that’s been a dead-end?

President Biden faces two herculean tasks: getting the COVID-19 pandemic under control while reviving the economy. The problems are intertwined and require continuous innovation to overcome, which means tapping the best minds in our public and private sectors. We’ve just witnessed a modern miracle, as such partnerships seamlessly came together to create effective COVID-19 vaccines and therapies in record time. But the policies these collaborations depend on are now being questioned.

Historic Bipartisan Rejection of Marching In

While the government made substantial contributions for combatting the pandemic, industry did the heavy lifting. The Bayh-Dole Act assured them that the rules of the game were transparent and reliable. The law allows academic institutions and private contractors to own and manage patents made with federal funding so they can be commercialized. Now critics are urging the Biden Administration to mandate that resulting products be “reasonably priced,” a completely arbitrary term not defined in the law because that authority was never intended.

Twenty years after Bayh-Dole’s enactment, its opponents claimed to have discovered a previously hidden meaning in the law giving the government price control authority. When that argument appeared in The Washington Post, it was immediately rejected by Senators Bayh and Dole who replied in “Our Law Helps Patients Get New Drugs Sooner:”

Bayh-Dole did not intend that the government set prices on resulting products. The law makes no reference to a reasonable price that should be dictated by the government. This omission was intentional…

Nevertheless, attempts were made to have the government “march in” against drugs developed from federally funded inventions so copiers could make them. Those efforts were uniformly rejected by every past Democratic and Republican Administration as unauthorized under the law.

In the closing days of the Trump Administration, proposed regulatory changes arising from its “Return on Investment” initiative were issued in the Federal Register by the National Institute of Standards and Technology (NIST), the arm of the Department of Commerce that oversees Bayh-Dole. The most prominent is a clarification that march in rights cannot be used for price controls of successfully commercialized inventions. The proposed regulations are still moving forward, with a public meeting scheduled to convene in late February. Pressure is being applied to have the new Administration stop this clarification.

Additionally, one day after taking office, the Administration issued an Executive Order on a Sustainable Health Supply Chain. Section 3 (b) requires the Secretaries of Defense, Health and Human Services, and Homeland Security to provide recommendations to the President on “how to address the pricing of pandemic response supplies, including whether and how to direct the use of reasonable pricing clauses in Federal contracts and investment agreements, or other related vehicles…”

While the Executive Order doesn’t require “reasonable pricing” clauses, it comes dangerously close. So, let’s unpack these issues once again to see why they are so counterproductive to the intended outcome—maximizing the commercialization of federally-funded inventions to benefit the public while driving our economy.

As we’ve discussed many times, before Bayh-Dole, few government funded inventions were developed because the incentives necessary to attract the necessary high risk private sector investment and effort to commercialize them was missing. As a result, not a single new drug was made from National Institutes of Health (NIH) funded R&D when the government took patents away from the inventing organization.

Bayh-Dole changed that. Today, federally funded inventions help drive our economy while improving our quality of life. Under Bayh-Dole, nearly 300 new drugs and vaccines are protecting public health here and around the world.

Because effective commercialization was its objective, the law includes a fail-safe mechanism termed the “march in” provision. It has four triggers, three of which cover the patent owner, the assignee and the licensee. Those three say that the government can require the patent owner (normally an academic institution) to issue additional licenses if required to address health, safety or regulatory needs which are not being met, or if an exclusive licensee fails to honor its pledge to produce the product substantially in the United States.

The controversy arises from the first trigger, which applies only to the patent owner. The government can march in if the patent owner or their assignee “has not taken or is not expected to take within a reasonable time, effective steps to achieve practical application of the subject invention in the field of use.” The definition of “practical application” states that the invention’s benefits are “available to the public on reasonable terms.” Critics of the law seized on that language to insist that the government can march in if a product isn’t “reasonably priced.”

That argument quickly breaks down on closer examination. To understand the meaning, we need to go back to 1978, when Bayh-Dole was written. At that time, few academic institutions had technology transfer offices, so many assigned their inventions to patent management entities like University Patents, Inc. or Research Corp.

Congress was concerned that a safeguard was needed, as the law immediately transferred the ownership of federally funded patents to many institutions that were new at technology licensing. Some feared that dominant companies would take advantage of this inexperience to license inventions in order to suppress them if they threatened existing products. Others feared that universities might insert unreasonable terms and conditions in their licenses which discouraged commercialization. The first march in trigger addresses those concerns.

However, as Senators Bayh and Dole stated, their law does not give the government the authority to set prices for successfully commercialized inventions. If that had been the intent, this trigger would have included the licensee, not just the patent owner. After all, pricing decisions are not determined by academic institutions but by their licensees. And, as Senator Bayh told NIH in response to a petition to march in to regulate prices, if Congress ever wants to grant that authority, it must define a “reasonable price” in the statute. That has never been done.

Thus, in the proposed regulatory clarification, NIST is simply reassuring stakeholders that the march in provision will continue to be applied as the law intends.

The same issue arose in another context. Attempts are underway to insert reasonable pricing requirements in government funding agreements. We’ve been down that road before and it doesn’t end well.

In 1989, NIH was pressured to include a “reasonable pricing” provision in its CRADAS (cooperative R&D agreements) and exclusive licenses. The result wasn’t a golden age of more affordable drugs—instead, partnerships with industry collapsed. When rescinding the language six years later, then NIH Director Harold Varmus said:

An extensive review of this matter over the past year indicates that the pricing clause has driven industry away from potentially beneficial scientific collaborations with PHS (Public Health Service) scientists without providing an offsetting benefit to the public. Eliminating the clause will promote research that can enhance the health of the American people.

The Stakes are Too High for Disproven Experiments

The critics believe that licensees will continue to assume this burden knowing that if they are successful in the marketplace, anyone (rival companies, foreign competitors or the brother-in-law who doesn’t like you) could petition the government alleging that a price isn’t “reasonable.” Since there is no definition of the term, decisions on such petitions would be completely arbitrary.

Now back to the real world. Sixty seven percent of academic licenses go to small companies and half of our new drugs originate in small businesses. What venture capitalist would fund them with this hanging over their heads? They wouldn’t—and large companies couldn’t afford to assume that risk either. That’s why partnerships collapsed the last time this experiment was tried at NIH. There’s no reason to believe the result would be any different this time.

We can be thankful that such provisions were not used during Operation Warp Speed. If they had been, we might all be lining up for Russian or Chinese vaccines. That’s one road we should never go down.