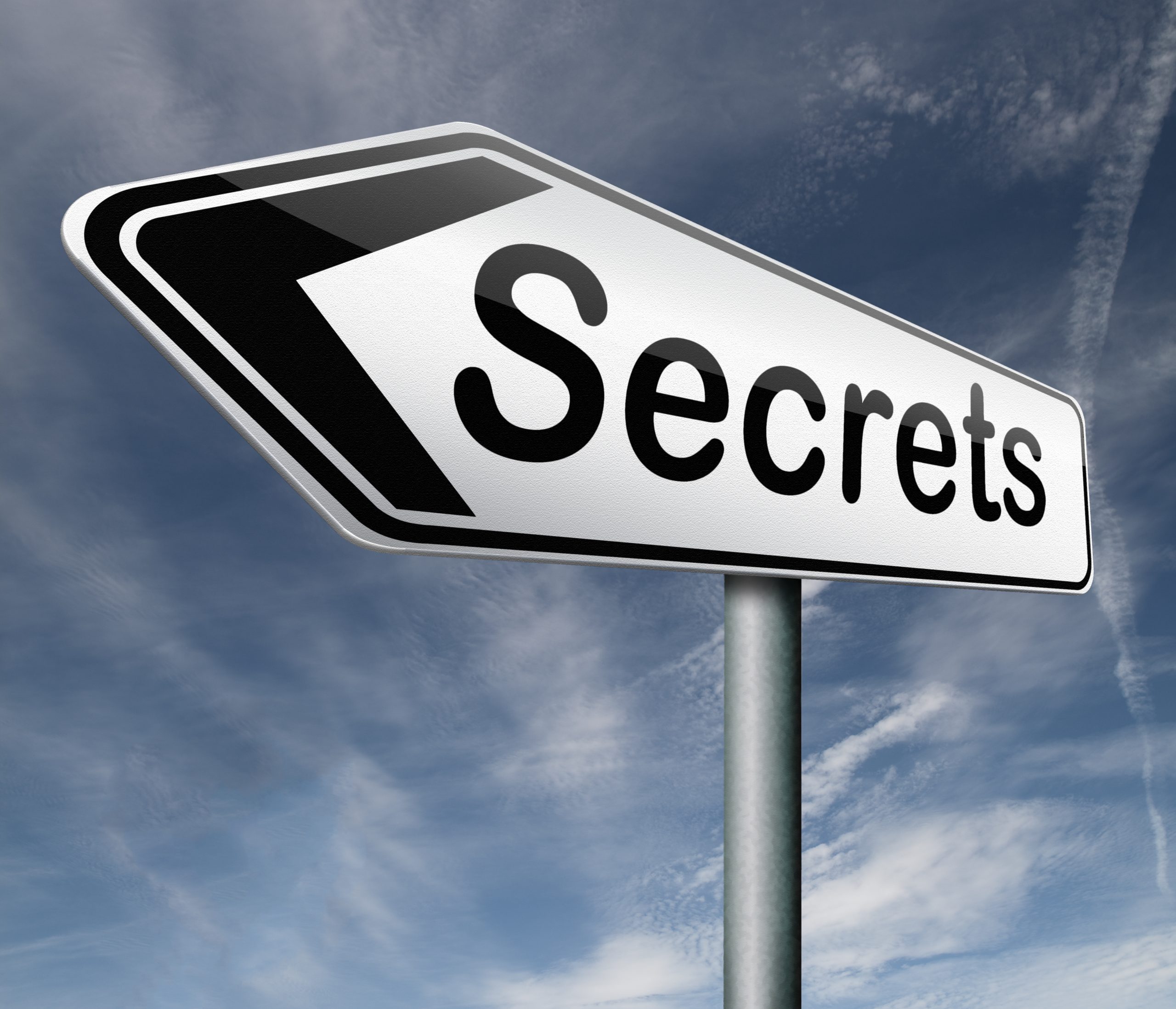 Two of the most important issues in trade secret cases involve the timing of when the plaintiff is required to identify its alleged trade secrets and the degree of specificity with which they must be identified. However, the Defend Trade Secrets Act (DTSA) fails to address either of these issues, and most state courts have not agreed on unform standards. In comparison, for example, under Section 2019.210 of the California Code of Civil Procedure, a plaintiff is required to identify its alleged trade secrets with reasonable particularity “to limit the permissible scope of discovery by distinguishing the trade secrets from matters of general knowledge in the trade or of special knowledge of those persons skilled in the trade.” Now the Ninth Circuit in InteliClear LLC v. ETC Global Holdings, Inc., 978 F. F. 3d. 653 (9th Cir. 2020) has held that the DTSA also includes the requirement that the plaintiff must identify, depending on the stage of the litigation, with sufficient particularity to provide the defendant with notice as to the identity of the trade secrets at  issue.

The specificity with which the trade secret must be identified is important because defendants need “concrete identification” to prepare a rebuttal. For example, the identification may be critical in establishing that the information was obtained from a public source. According to the InteliClear Court, “[c]ourts and juries also require precision because especially where a trade secret claim involves a sophisticated and highly complex system, the district court or trier of fact will not have the requisite expertise to define what the plaintiff leaves abstract.” Id.at 658.

In general, as the litigation advances, courts have recognized that at the pleading stage this requirement results in a balancing between putting the defendant on notice and requiring the plaintiff to go into such detail that would risk compelling public disclosure of the trade secret. Thus, in this context, courts only dismiss a claim for lack of specificity on the pleadings in the most extreme cases. At least one court has noted that at the pleading stage, “it is to say whether any of the allegedly misappropriated information is public when that information has yet to be identified with specificity.” In re Dealer Management Systems Antitrust Litigation, 362 F.Supp.3d 558, 573 (N.D.Ill. 2019) (quotation omitted).

At the pleading stage, in general, a plaintiff need not spell out the details of the trade secret, but must describe the subject matter of the trade secret with sufficient particularity to separate it from matters of general knowledge in the trade or of special persons who are skilled in the trade, and to permit the defendant to ascertain at least the boundaries within which the secret lies. Courts have also applied pre-DTSA authorities to determine whether the plaintiff has provided sufficient particularity “‘to separate the trade secret from matters of general knowledge in the trade.’” In one DTSA case, the court relied on a 1992 opinion by the Seventh Circuit that “the plaintiff must point to concrete secrets, not broad areas of technology, to prevail on trade secrets claim. In cases involving multiple defendants, the plaintiff must also specifically identify the trade secret with regard to each defendant. ATS Group, LLC v. Legacy Tank and Industrial Services LLC, 407 F.Supp.3d 1186, 1196 (W.D. Okla. 2019).

In rejecting the district court’s determination that plaintiff had left open the possibility that it “might later argue that other unnamed elements of the InteliClear System are trade secrets as well,” the Ninth Circuit said: “At this stage, particularly where no discovery whatsoever has occurred, it not fatal to InteliClear’s claim that its hedging language left open the possibility of expanding its identifications later. InteliClear’s burden is only to identify at least one trade secret with sufficient particularity to create a triable issue.” Id. at 659.

In ordering the district court defer a summary judgment ruling to complete discovery under Rule 56(h), the Ninth Circuit also noted that the discovery period had lasted for only a single day “and no discovery had yet been requested or provided.” Id. at 662. The court found that the identification of a trade secret is an “iterative process where requests between parties lead to a refined and sufficiently particularized trade secret identification.” Id.  The court also stated that “[r]efining trade secret identifications makes good sense. The process acknowledges the inherent tension between a party’s desire to protect legitimate intellectual property claims and the need for intellectual property law to prevent unnecessary obstacles to useful competition. Other courts have recognized that plaintiffs in trade secret actions may have commercially valid reasons to avoid being overly specific at the outset in defining their intellectual property.” Id.

Finally, the court found that its determination was case specific and distinguished a more than 20 year old Ninth Circuit decision (Imax Corp. v. Cinema Techs., Inc.,  152 F.3d 1161, 1164 (9th Cir. 1998) that held that a plaintiff was entitled to summary judgment where plaintiff failed to adequately identify its trade secrets on the ground that, in Imax, summary judgment was properly granted because the parties had already “gone through a protracted discovery period” and plaintiff “repeatedly had failed to achieve the level of specificity that the court had requested.” Id at 663. In particular, the InteliClear court noted that that Imax plaintiff “should not have been confused as to the level of specificity required”, and in particular the plaintiff “by failing to request further clarification of the discovery orders ‘knowingly incurred the risk” that its interrogatory responses “would not meet the ‘reasonable particularity requirement.’” Id. In contrast, the InteliClear defendant had moved for summary judgment the day after the initiation of discovery and “no discovery has been conducted and oral argument in the district court was cancelled.” Thus, the court concluded that on these facts “the summary judgment granted was precipitous, premature and did not fairly present development of the issues for resolution, because the nonmoving party has not had the opportunity to discover information that is essential to its opposition.” Id.  at 663-64 (quotation omitted.).

It should be noted that the Imax decision is consistent with decisions by district courts that have found that a greater detail of the trade secret is required at later stages of the proceeding or if a party is seeking injunction relief. A number of district courts have denied a motion for a preliminary injunction where plaintiffs failed to identify with specificity any of the trade secrets allegedly at issue despite having detailed the extensive efforts undertaken to protect their confidential information. See e.g., ASI Business Solutions, Inc. v. Otsuka America Pharmaceutical, Inc., 233 F.Supp.3d 432, 440 (E.D. Pa. 2017).

The Sedona Conference has also published a common set of local rules for identification of trade secret cases in its Commentary on the Proper Identification of Asserted Trade Secrets in Misappropriation Cases, which sets out guiding principles. First, the Commentary asserts that the identification of an asserted trade secret during a lawsuit is not an adjudication of the merits and is not a substitute for discovery. It asserts that this is “a procedural notice issue—a drafting step to provide clarity so that merits issues can be separately and later be determined in a facilitated manner.” The Commentary stresses that the “[i]dentification is an important step in trade secret litigation, but it is not an endpoint or a substitute for discovery.”

Second, the party claiming misappropriation of a trade secret should identify in writing the asserted trade secret at an early stage of the case. The Commentary further stresses that the “plaintiff should not be allowed to refuse to provide any written identification or be allowed to identify only documents and state that its asserted trade secret may be found in those documents.” Consistent with the above understanding that courts have determined that greater detail is required in the context of preliminary injunction proceedings,

Fourth, the identification of an asserted trade secret may be amended as the case proceeds. The Commentary notes that there are a number of factors in determining whether this should be allowed, and before doing so, the moving party shall first confer with the opposing party. “If the parties are unable to reach an agreement, the party proposing the amendment may then file a motion for leave to amend, with the motion subject to the court’s discretion based on all the circumstances,” including all the factors that the Commentary also describes.

In conclusion, on the one hand, it is important for plaintiffs to identify the trade secrets at issue at the early stages of the litigation with more than simply a general description that is sufficient to create a triable issue and to separate it from matters of general knowledge. As the litigation progresses, the plaintiff must identify the trade secrets with greater specificity. On the other hand, it is critical for the defendant to force plaintiff to identify the trade secret so that defendant can prepare a rebuttal and, after some discovery, if the plaintiff fails to do so, the defendant should consider whether to file a motion for summary judgment. Finally, it is likely that in the near future there will be additional authority that will provide further guidance on this very important issue.