“The job of management is to impose some discipline on the recruiting effort, both to erect guardrails against cavalier behavior and to help drive the message to the workforce that ethical behavior is the best way to mitigate most risks.”

“You never have trouble if you are prepared for it.” – Theodore Roosevelt 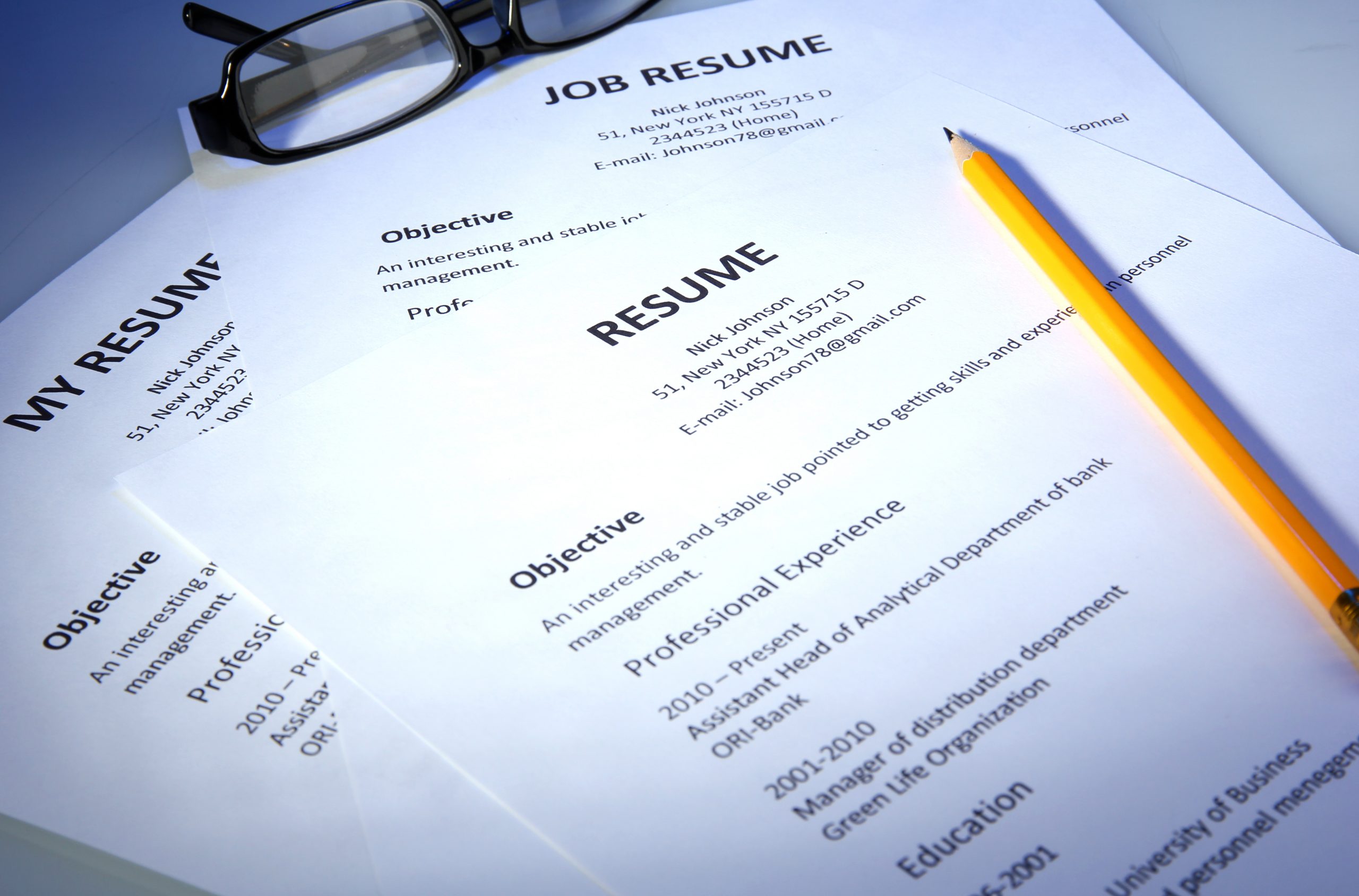 My head was turned by the recent news of President Trump’s final-day pardon of Anthony Levandowski, the former head of Google’s self-driving car unit who was recruited into Uber with full knowledge that he had downloaded 14,000 confidential files on his way out, and who was later convicted of trade secret theft. I was struck by the White House statement of justification. It said that Levandowski – who hadn’t yet served a day of his 18-month sentence – “has paid a significant price for his actions.”

Mr. Trump also noted that Levandowski “plans to devote his talents to advance the public good.” We of course wish him luck with that, and hope that his next public interest venture turns out better than the Way of the Future Church, which he created to focus on “the realization, acceptance and worship of a Godhead based on artificial intelligence (AI) developed through computer hardware and software.” I promise I’m not making that up. But you can’t prove it by going to the church’s website, which has been taken over by a company hawking fidget cubes, digital cameras and sewing machines. (Also true.)

But back to the main story. I have no doubt that Levandowski has “paid a significant price” for his misdeeds, but it caused me to think about the price paid by others who were involved in this fiasco of a hiring, most specifically Uber. It all started out well, with Uber building a team of bright engineers focused on a future of autonomous vehicles that would – um – replace all those “independent” drivers. Anyway, the company’s young president, Travis Kalanick, was so smitten with Levandowski that he got his board to agree to hire Levandowski at a cost of $250 million in Uber stock, plus $680 million to acquire his new self-driving truck company.

When Google found out about Levandowski’s midnight download and what he was doing at Uber, the lawsuit came quickly. As I’ve pointed out in an earlier article here, the optics weren’t so good, since Uber had agreed to indemnify their new head of engineering against his prior “Bad Acts” (yes, that’s what they were called in the agreement; not making that up either). This turned into Silicon Valley’s favorite soap opera for a couple of years, the civil case finally settling early in the trial, with Uber paying out another $245 million in stock, this time to Google. Kalanick lost his job. And Uber ended up selling off the autonomous vehicle business. As for Levandowski, he pled guilty to trade secret theft, the judge calling it the “biggest trade secret crime I have ever seen.”

The Risk in the Shadows

Now, I’m sure that your company wouldn’t get itself into a mess like that. But salacious stories like this one serve as a reminder of all the things that can go wrong when we hire someone from the competition. Especially when we stop thinking about risk and see only upside. So, let’s talk about that risk and what you can do to keep yourself out of trouble – and never, ever need a presidential pardon.

The problem starts with what I call the “recruiter’s dilemma.” Management solemnly tells those in charge of hiring that the company is looking only for great talent, bringing them on for their “skill and experience.” However, at the same time, and ever so subtly, a parallel message may go out: but by the way, we’re struggling with this really tough problem, and if you can find someone who knows how to solve it – who has done it before – that would be terrific. As a result, the recruiter suffers from cognitive dissonance, and management has injected potentially unknowable risk into the process.

Of course, this is just human nature at work. We act under the influence of the strongest force in the universe, which is denial, along with its close cousin, justification. The job of management is to impose some discipline on the recruiting effort, both to erect guardrails against cavalier behavior and to help drive the message to the workforce that ethical behavior is the best way to mitigate most risks.

Here are my top eight suggestions for keeping this function under control so you can hire the best people but avoid lawsuits.

Managing the Lure of Denial and the Lust of Justification

First, examine your motives and plans. Are you sure you want this person (or this team) solely for their skill, or is it possible that, somewhere in the mix, you’re trying to solve a specific problem with someone else’s solution? Be honest to yourself.

Second, design the recruitment with a clear-eyed, sober assessment of what can go wrong. Don’t let urgency overcome your common sense. High-level employees come with a lot of sensitive information packed into their heads. How likely is the current employer to feel betrayed? Has the company sued others on the way out? Will this cause internal problems for which they will need a scapegoat? Thinking through all the risks will help you determine the extent to which you may need to take special measures to head off a fight.

Third, engage your recruiters with an unambiguous message about avoiding contamination with a competitor’s data. Depending on the sensitivity of the hire, this may be the primary imperative for those doing the recruiting, and they need to have those concerns top of mind. This may translate into specific guidelines and checklists for promoting the position and for speaking with candidates. Those involved in interviewing all need to be trained to radiate respect for others’ intellectual property, and to avoid asking questions that might lead to inappropriate disclosures.

Fourth, create a system for communicating with potential recruits that consistently reinforces your company’s respect for others’ confidential information. Consider requiring candidates to sign an agreement before the first interview in which they promise not to share any information that might be considered confidential. Insist on getting copies of any restrictive agreements at that point, rather than waiting until the offer is made. Be clear that if they are hired they must arrive “clean,” with none of their former employer’s information with them, at their home, or on their personal devices or cloud storage, and that violation of that policy may lead to termination.

Fifth, before the new recruit submits their resignation, meet to review and reinforce the ground rules and to surface any areas of concern. Remind them that they must continue to devote their full time and loyalty to their employer. Suggest that they take the time to organize current projects and separate their personal belongings and files, so that they can be ready if they are “walked out.” Warn against any significant downloading of files, wiping of drives, or other activity that might be misunderstood. Ensure that all electronic computing and storage devices are left behind intact. Discuss how the employer is likely to react, and suggest ways in which the recruit can deliver their resignation diplomatically and demonstrate their good faith during the departure process. Find out if they have any specific concerns around confidential information and direct them to their own counsel as appropriate. Finally, be sure that they are able to answer this question honestly and comfortably: can you explain how you will be able to do the job that we’re hiring you to do and still honor your obligations to your former employer?

Sixth, if the new hire is a manager in their current company, you need to discuss how they will handle communications with those who report to them. Most state laws place special duties on managers to avoid using their positions of authority to encourage others to leave. Generally, it is best that managers be isolated from the process of recruiting others, and that careful records be kept of those who reach out to express an interest to follow them.

Seventh, prepare co-workers for integrating their new colleague in a way that avoids any transfer of sensitive information. Set clear rules that are grounded on avoiding contamination by not asking inappropriate questions or putting the new arrival in a position that could be compromising. Let everyone know that there may be some meetings or projects where the new person will be deliberately excluded for a period of time. In some cases, it may be a good idea to role play how to handle awkward situations.

Eighth, carefully plan and execute onboarding of the new hire. Have them sign the standard agreements that include a promise to respect the intellectual property rights of others. Discuss how they will be expected to handle the transition, and how they should conduct themselves with their new colleagues. Create a point of contact to answer questions or concerns. And perhaps most important, ensure that they receive meaningful training on how the company handles its own and others’ confidential information.

Preparation is Preferable to Pardon

You’re unlikely to ever find yourself in a lawsuit approaching the scale of the Uber case, or need a presidential pardon. But every trade secret dispute carries with it the risk of crippling costs and distractions. Because employees are the most frequent vector for information loss, you can help yourself by being prepared.