“In perhaps the biggest gift for trademark practitioners, the new legislation restores the rebuttable presumption of irreparable harm when a Lanham Act violation has been proven, allowing brand owners to more easily obtain injunctions.  The importance cannot be overstated…” 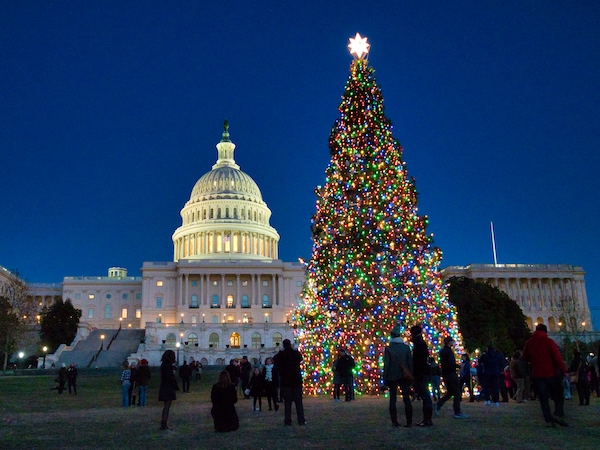 Late Monday evening, Congress passed a massive omnibus budget bill to avert a federal government shutdown and provide critical COVID-19 relief.  But that is not all – much to the surprise of the intellectual property world, the last-minute bill included several pieces of legislation, previously thought to be sidetracked in light of the current lame duck administration, that will alter the landscape of trademark, copyright and patent law as we know it.  While some are more controversial than others, here are the key changes brand owners and practitioners will face in 2021:

In perhaps the biggest gift for trademark practitioners, the new legislation restores the rebuttable presumption of irreparable harm when a Lanham Act violation has been proven, allowing brand owners to more easily obtain injunctions.  The importance cannot be overstated:  the goodwill a brand enjoys can be undermined by confusing infringements, disparaging dilutions, and false advertisements.  When faced with such attacks, a brand’s most important tool is the ability to obtain a quick preliminary injunction to stop the misconduct and preserve the status quo.  But the power of that tool was limited after the Supreme Court’s 2006 decision in eBay v. MercExchange, in which the Court struck down the Federal Circuit’s categorical rule that an injunction always follows when patent infringement is shown.  The Circuit Courts of Appeals subsequently misapplied that decision to hold that eBay also barred application in trademark and advertising cases of the traditional evidentiary rule that irreparable harm is presumed when infringement or false advertising is shown.  Instead, the courts required plaintiffs to present evidence of actual irreparable harm – a required showing that not only is oxymoronic, but also extremely difficult to establish at the preliminary injunction stage when the idea is to stop the violation before it causes harm.  The Trademark Modernization Act remedies this problem, once again opening the door to preliminary relief for brand owners.

The legislation also seeks to attack the problem of fraudulent trademarks, which in recent years have cluttered the Trademark Register and made it harder for legitimate trademark owners to register their marks.  (Indeed, in the run up to the introduction of this legislation, one of the authors of this article, Megan Bannigan testified before the Senate Judiciary Committee on the harms fraudulent trademarks are causing.).  Among other actions, the Act codifies third parties’ existing right to submit evidence during the examination of trademark applications (right now, informally done through Letters of Protest), including evidence that the applicant is not actually using the mark in the claimed goods and services, and provides examiners more flexibility to extend deadlines and review the evidence.  It also creates new accelerated post-registration processes at the USPTO for reexamining and expunging trademarks on the register that may not have been used in commerce in connection with the goods and services they claim.  Under these processes, once a challenger establishes a prima facie case of non-use, the USPTO will initiate an investigation.  In the case of an expungement proceeding, the burden will then shift to the registrant to produce evidence showing that it had ever used the mark; in the case of a reexamination proceeding, the applicant will have to show use of the mark before the registration issued.

These new procedures should help reduce the quantity of “deadwood” registrations.  They should also greatly reduce the burden on challengers, who will be able to avoid in some instances lengthy and expensive cancellation proceedings; instead, once they make a prima facie showing of non-use, the USPTO will pursue the investigation directly.  But, as well intentioned as the new procedures are, they will have to be carefully monitored — especially those allowing third parties to submit evidence during the examination – for the potential to complicate the registration process, making it longer and more tedious.  Time will tell how this shakes out, but we do know that it is more important than ever for trademark owners to closely monitor their trademark portfolios and ensure they are using their marks with resect to all of the goods and services in which they claim rights, and that their claimed dates of first use are accurate.

Of most significance on the copyright side is that the Copyright Alternative in Small-Claims Enforcement Act (or CASE Act) establishes a Copyright Claims Board within the Copyright Office to adjudicate disputes valued at under $30,000.  This proposal, which has been under consideration for more than a decade, creates a streamlined process for copyright owners to bring claims without the expense and burden of initiating federal litigation.

Smaller copyright owners, including photographers, graphic artists and composers, have long urged that a small claims court mechanism be established given the expense and uncertainty of bringing a copyright infringement action in a federal court.  Critics of the proposal would prefer an Article III adjudication where judges can weigh such important matters as fair use (and the extent to which it encompasses First Amendment considerations) and the right to a jury trial.  In addition, concerns have been raised that this new process will fail to ferret out frivolous or abusive copyright litigation; already, numerous such cases are filed each year.  Another concern is that the new Board could impose damages on ordinary internet users engaging in everyday online behavior, such as sharing memes or other activity that is either a fair use or does not pose a particular threat to copyright owners.

It remains to be seen how the small claims court proceedings will intersect with federal court litigation and whether a flood of small claims will be brought.  One thing is sure: anyone who creates, uses, publishes, or shares content should carefully consider appropriate copyright clearance, and should retain evidence that will demonstrate independent creation of works and that uses are fair or otherwise non-infringing.

The legislation also includes the recently introduced Protecting Lawful Streaming Act, which gives the Department of Justice authority to bring felony charges against for-profit, digital streaming services that knowingly offer copyrighted works without permission.  Previously considered a misdemeanor, such infringement will now be subject to penalties of up to ten years in prison if the operator knew or should have known the work was prepared for a commercial public performance.  Importantly, the law does not apply to individuals, noncommercial activities or good faith business disputes.

Impacting the patent sphere, the new legislation mandates the Food and Drug Administration’s “Purple Book,” which provides information about biologic drugs to now include additional information about the patents that cover the included drugs.  More specifically, it requires the FDA to publicly disclose a biological product maker’s list of patents and expiration dates in the Purple Book to prevent patent listing errors that could delay biosimilars from coming to the market sooner.  Notably, the passed legislation did not include the Orange Book Transparency Act, which would have required similar disclosures in the FDA’s “Orange Book,” which provides information about generic drugs.