“President-elect Biden can choose to see things more clearly [than President Obama], especially if his administration is sincere about ensuring U.S. competitiveness internationally and helping minority entrepreneurs get ahead.” 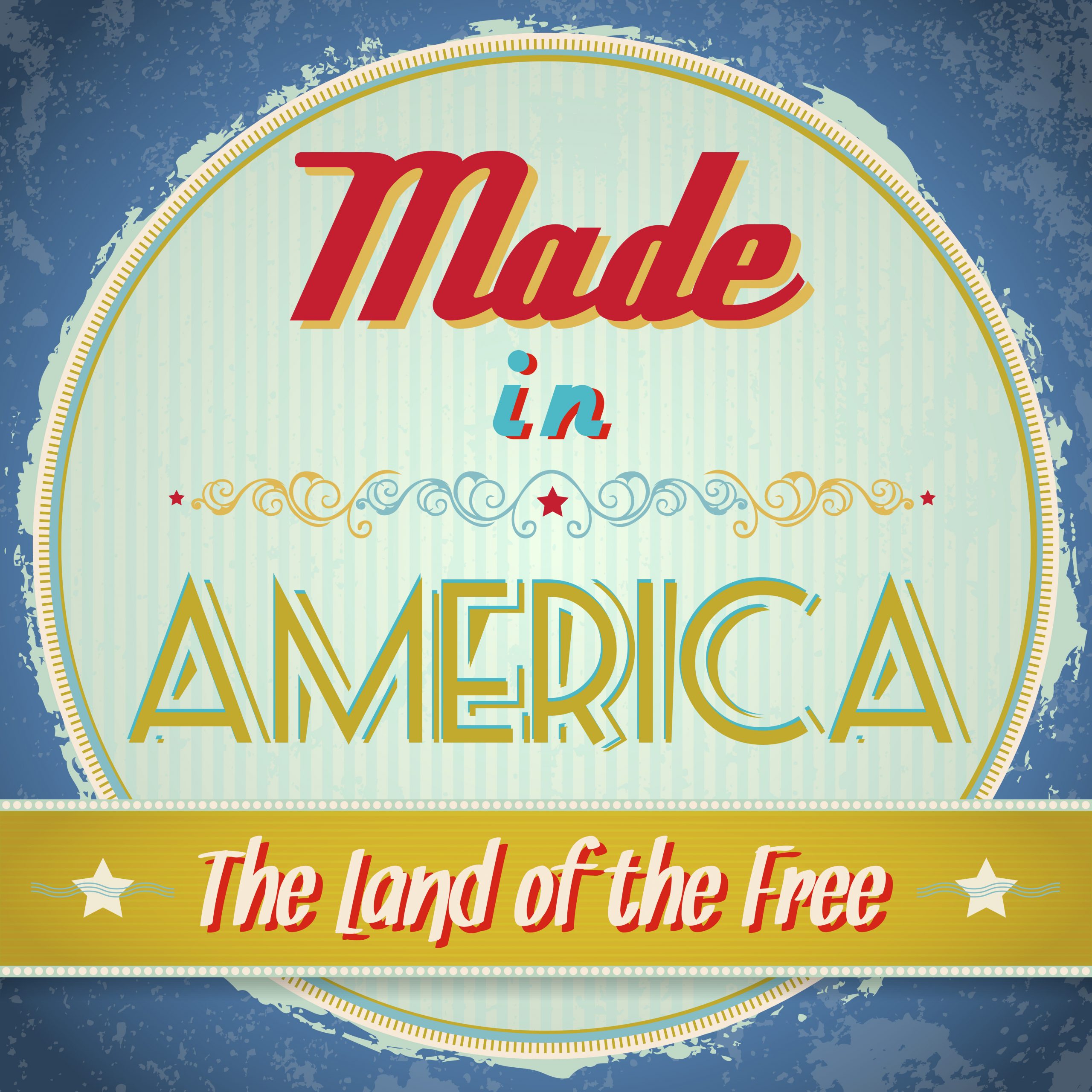 What intellectual property (IP) rights achieve, and for whom, is a mystery to most people, including heads of state.

President-elect Biden’s ambitious plan to support all of America’s workers through R&D investment, inclusion and by combatting IP theft from China, ‘Made in All of America,’ is well-timed. But it is unlikely to have the desired impact without the backing of reliable IP rights. Biden’s initiatives will require capital and non-contentious licensing to succeed. Good intentions aside, without support from a fully functioning IP system, do not expect America’s workers to be in a position to cash in on research and startups or to challenge China’s stated goal to dominate in areas of innovation and technology by 2025.

If the Biden administration truly believes in a mandate for innovation, fair competition and inclusion, it must also believe in reliable IP rights.

It is not clear how central to its mission the Biden administration regards patents. Nor is it clear how it will rely on the rights associated with brands (trademarks), content (copyrights) and trade secrets. Democrats and Republican generally agree that Chinese IP abuse is a growing threat to American innovation that impacts product sales. Attempting to root it out does not constitute a comprehensive IP policy. President-elect Biden should not be blamed for President Obama’s IP sins, but he will need to demonstrate rather quickly that he is his own man when it comes to innovation policy and accomplishing broad technology goals.

Biden’s Democratic teammate allowed his administration to view IP through the lens of Big Tech. President-elect Biden can choose to see things more clearly, especially if his administration is sincere about ensuring U.S. competitiveness internationally and helping minority entrepreneurs get ahead.

There are some clues as to Biden’s attitude toward R&D and IP in a pre-election document worth revisiting, titled The Biden Plan to Ensure the Future is ‘Made in All of America’ by all of America’s Workers. In it, “intellectual Property” is mentioned at least three times in the context of R&D investment and foreign competition, especially as it relates to Chinese IP theft.

For this plan to work, the Biden administration will need to champion IP rights and licensing. While the paper is abundantly clear about China and IP theft, it does not state how it will address domestic IP holders’ quest for fairness, or even if it matters. It does. These and other more nuanced issues are here to stay. For Biden innovation and inclusion initiatives to succeed, the IP playing field will need to flatten. Abuse of the ‘fair use’ doctrine and rampant counterfeits and piracy also will need to be re-considered. Patent certainty, too.

“Made in All of America” reports that “twenty five percent of venture capital investment is concentrated in the San Francisco area, and 75% flows to just three states: California, New York, and Massachusetts. Female entrepreneurs only receive 16% of all venture capital dollars. Only 3% go to start-ups with Black or Latino founders. As experts from MIT and Brookings have argued, there are a significant number of diverse communities across every region of the country that could become new centers of job-creating innovation and production.”

In 1964, public federal R&D support was 2% of GDP, compared to only 0.7% today—which is about one-third of the percentage of GDP it was almost 56 years ago. This difference amounts to nearly $250 billion less annually in federal R&D spending. The President-elect has said that he will add $300 billion to federal R&D support. He also wants the United States to benefit more directly from its R&D investment. All good ideas. But without a less contentious path to licensing it will be difficult to make that happen.

“Confront foreign efforts to steal American intellectual property,” states the plan. “China’s government and other state-led actors have engaged in an assault on American creativity. From cyberattacks to forced technology transfer to talent acquisition, American ingenuity and taxpayer investments are too often fueling the advances in other nations.”

“Made in America” explains that the strategy to secure jobs of today and those of tomorrow “requires fighting back against unfair trade practices and the theft of American IP, as well as making a national commitment to get off the sidelines as competitors are making aggressive public investments in science and technology to take over global leadership in the most advanced technologies.”

China is on track to surpass the United States in R&D. China’s total R&D expenditures have increased nearly 30-fold from 1991 to 2016. By some estimates, China will overtake the United States in R&D spending in 2020. And, as part of China’s “Made in China 2025” plan, China’s government has launched funds to increase manufacturing and technological innovation in key industries, including battery technology, artificial intelligence, and 5G.

President-elect Biden has not endorsed progressive calls to “break up Big Tech,” although, reports the Los Angeles Times, some experts expect him to be an active antitrust enforcer. He’s also called for the removal of Section 230, the “non-intervention” law that governs social media policies around content moderation and which some conservatives believe should be kept as a right of free speech.

Changing of the Guard

The current U.S. Patent and Trademark Office (USPTO)  Director, Andrei Iancu, is a tough act to follow. As one of the most articulate and pro-patent undersecretaries to hold that appointment, he made a special effort to reach out to professional and other groups with a message that called for strong and certain patents and trademarks, more and better data, useful content and enforcement. He also is a champion of IP education for creators, students (including children) and STEM teachers.

Iancu has been an unusually articulate communicator about IP and IP rights, and his message is finally starting to resonate. One hopes that the person Biden names to succeed him will recognize that what was started under Secretary of Commerce Wilbur Ross does in fact transcend party lines and needs to be continued, especially in light of China’s continued bad behavior and the need to support businesses that are both innovative and fully representative of all America’s workers and creators. With the proverbial changing of the guard, the new administration in Washington has the opportunity to build on what Iancu started—a dialogue about what IP means to America and why we need to pay attention to it.

Biden’s choice for the next USPTO Director will not suggest his administration is willing to “overturn everything that Iancu has done,” reports Bloomberg News, but it is a signal they probably anticipate a break with Iancu policies, said David Jones, Executive Director at the High Tech Inventors Alliance, a group whose 10 members constitute some of the largest companies in the world, including Google, Oracle, Amazon, Cisco and Samsung.

The President-elect’s Commerce Department Transition Team includes Colleen V. Chien, a Santa Clara University Law School professor who served as Senior Advisor on IP and Innovation  to the Obama administration, and who is seen by some as favorable toward major companies at the expense of inventors’ rights. Biden should be wary of this ill-fated gravitational pull.

China’s government is actively investing in research and commercialization across a range of important technology areas in an effort to overtake American primacy and dominate future industries. Less apparent is their investing in IP education, not only for engineers and creators, but for younger students. The next Oval Office occupant should have an awareness of U.S. IP stakeholders. Who are they? How can they be best served?

The Obama administration helped to demonize patent licensing by promoting the “troll” meme (in a State of the Union address, no less) and allowing some large companies to heavily influence if not dictate policy. This column is called “The Intangible Investor” because of the various unseen audiences with an interest in IP rights. It is time they are recognized. IP today is about more than shareholders, and the Chinese are fast catching on. IP rights should not be defined solely by something that is either “theirs or mine.” The idea of who benefits from IP and IP rights is in desperate need of re-clarification and Biden administration leadership can make a difference by setting the tone.

Not Too Late to Learn

What does Biden have going for him? Senator Chris Coons (D-DEL), a long-time ally of the President-elect who is a supporter of strong patents. Less positive: Vice President-elect Kamala Harris, who was Senator from California and has an unremarkable record on big tech. The VP-elect’s husband, Doug Emhoff, however, has been described as “an entertainment litigator working on IP issues,” presumably those in the areas of trademark and copyright. His clients have included Walmart and Merck. The dinner table can be a good place to learn about the impact of IP, or to start to.

“U.S. taxpayers should benefit from the upside of federal investments that result in profitable inventions underwritten by federal funds,” the President-elect’s website asserts. “Biden will strengthen existing federal rights to ensure that the U.S. government captures a share of the royalties of high-profitable products developed with federal R&D funding.”

Unlike the United States, China is run predominantly by engineers, not lawyers. Beijing understands and respects its technology, even if it does not always recognize others’. China believes that it once was the global innovation leader and will eventually regain that crown. The current leader, the United States, has its work cut out. But while China is a formidable adversary, so too, at times, is the U.S. system for granting and litigating inventions and IP rights. This hamstrings many creators and small businesses – the future of the nation – and elected officials and policymakers too often fail to connect those dots.