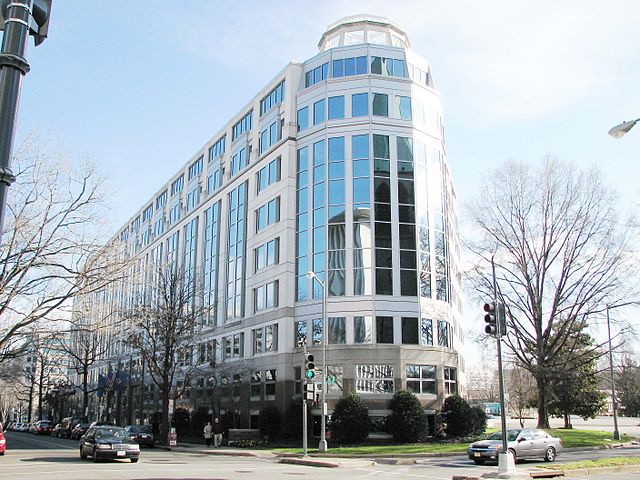 In September, the International Trade Commission (ITC) decided to review an initial final determination (FID) in the Matter of “Certain Botulinum Toxin Products, Processes for Manufacturing or Relating to Same and Certain Products Containing Same,” Investigation No. 337-TA-1145, a complaint filed by Allergan against Botox products made by Daewoong and its partner, Evolus, a “performance beauty company”. On Wednesday, the ITC issued a Final Determination in the case, finding that the sale and importation of the products into the United States violated Section 337 of the U.S. Tariff Act.

The Commission issued a Limited Exclusion Order (LEO) prohibiting importation of the products by Daewoong and Evolus for a period of 21 months, as well as a cease and desist order against Evolus preventing the Company from selling, marketing, or promoting the products in the United States for a period of 21 months. However, the Commission reversed the FID’s finding that a trade secret exists with respect to Medytox’s bacterial strain.

The investigation was instituted on March 6, 2019 based on a complaint filed by Medytox Inc. of Seoul, South Korea; Allergan Limited of Dublin, Ireland; and Allergan, Inc. of Irvine, California. The FID was issued on July 6, 2020, wherein the ALJ found that certain products sold by the Korean drugmaker Daewoong and its partner Evolus, Inc. violated section 337 through their importation and sale in the United States of a botulinum neurotoxin product “by reason of the misappropriation of trade secrets.”

In particular, the ALJ ruled in favor of Allergan and Medytox in the initial determination and recommended that, “if a violation is found, the Commission issue: (1) a limited exclusion order barring entry of certain botulinum toxin products that are imported, sold for importation, and/or sold after importation by respondents Daewoong and Evolus; and (2) a cease and desist order against Evolus.” The judge asserted that a market-allocation agreement between Allergan and Medytox, which provided Allergan an exclusive license on Medytox’s products in the U.S., was “sufficient to tie Allergan’s domestic industry to Medytox’s trade-secret misappropriation grievance with Daewoong in Korea.”

Daewoong and Evolus (collectively, respondents) filed a petition requesting that the ITC review the FID. In the request, the respondents asserted that the FID erroneously concluded that the ITC had subject matter jurisdiction over such a “foreign dispute about exclusively foreign alleged trade secrets.” The request also asserted that Allergan did not have independent standing because “it did not own, exclusively license, or possess the alleged trade secrets” and it had no connection to the alleged trade secrets or misappropriation. In addition, the respondents alleged that the FID’s determination that Medytox’s strain was a trade secret constituted an error of fact and law. Additionally, the petition noted that it was legal error to conclude that “Allergan’s proffered investments in MT10109L and Botox establish domestic industries” because the investments were not substantial under the proper analysis. The respondents also alleged that the FID erred in concluding that there was an established injury to Botox because the FID incorrectly focused on “whether there was harm to the Botox franchise generally, as opposed to the collective test of whether there was harm to the proffered Botox domestic investments.”

After reviewing several requested statements on the public interest, the Commission decided to review the FID and ultimately affirmed in part and reversed in part. Specifically, the Commission affirmed with modification the FID’s findings with respect to subject matter jurisdiction, standing, domestic industry as to BOTOX®, and trade secret existence and misappropriation as it relates to Medytox’s manufacturing processes, but reversed the FID’s finding that a trade secret exists with respect to Medytox’s bacterial strain. The full opinion and reasoning will not be released for several weeks.

In a statement released yesterday, Evolus said that the ITC’s order preventing import, sale and marketing of its Botox product, Jeuveau, in the United States for 21 months is a reduction from the 10-year recommendation by the ALJ in July 2020. However, there is no immediate impact to the availability of Jeuveau, added the statement, and “the decision is not final until the 60-day presidential review period is complete during which time the Company plans to fund a bond to allow for the continued sales and marketing of Jeuveau® in the United States.”

David Moatazedi, President and Chief Executive Officer of Evolus, said: “In my experience, it’s uncommon for intellectual property disputes to result in a pharmaceutical product being restricted from the market. We remain committed to finding a resolution to this legal matter, including reasonable settlement terms with Allergan’s new owner, AbbVie, and Medytox.”

In a comment sent to IPWatchdog, a spokesperson for Daewoong said:

We are surprised by this decision, which would be a significant blow to an American company, will cost U.S. jobs amid the recession and will hurt consumer choice, innovation, and healthy competition in this marketplace. We look forward to a formal review by the Administration in hopes that the President will reverse this decision and side with doctors, patients, and other free market voices who are concerned about this dangerous and costly precedent that would threaten future development of potentially life-saving therapies and other important medical advances.

This article was updated on December 17 to include a statement from Daewoong.