“The closure of LCD business units on one front leaves a void to be filled by Chinese players and at the same time opens opportunities for different IP players—corporates or NPEs interested in Samsung and LG’s patent portfolios.”

Samsung Display and LG Display, the two South Korean technology behemoths, announced plans earlier this year to stop the production of LCDs by the end of 2020. The announcements first appeared in Reuters’ reports and aim to consolidate the two companies’ lead in organic light emitting diode (OLED) panels, while conceding to Chinese manufacturers who have aggressively expanded their LCD productions.

LCD prices have slumped over the years, as Chinese manufacturers backed by state subsidies have aggressively expanded production capacities. The plunging LCD prices have widened the operating losses at both Samsung and LG Display and finally led to the decision to cut production by year’s end.

Samsung Display and LG Display, instead of narrowing the gap by introducing new production lines to match up with the competitive cost at enhanced production throughput, chose to strengthen and consolidate their leading position in organic light emitting diode (OLED) and Quantum Dot (QD) display businesses.

The closure of LCD business units on one front leaves a void to be filled by Chinese players and at the same time opens opportunities for different IP players—corporates or NPEs interested in Samsung and LG’s patent portfolios. No doubt, triggers like expenditure overheads and the COVID-19-induced financial stress have expedited the unavoidable decision to scrap the LCD business.

Samsung Display has 5,116 active/granted patents in its LCD portfolio. The countrywide publication distribution can be seen in figure 1. More than 50% of its LCD patents are U.S. publications – the most valuable patents. The maintenance cost analysis of U.S. patents, as illustrated in figure 2, shows that an expenditure of $2 million for the year 2020 and a lifetime maintenance cost of approximately $6 million is required to conserve 56% of their LCD portfolio. 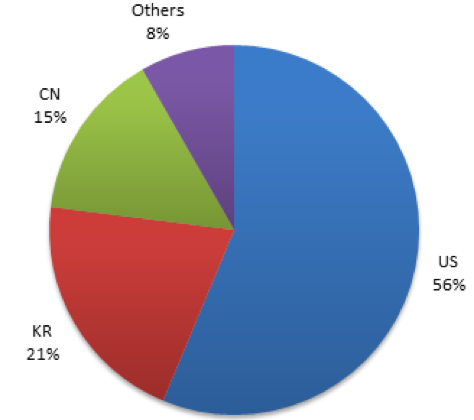 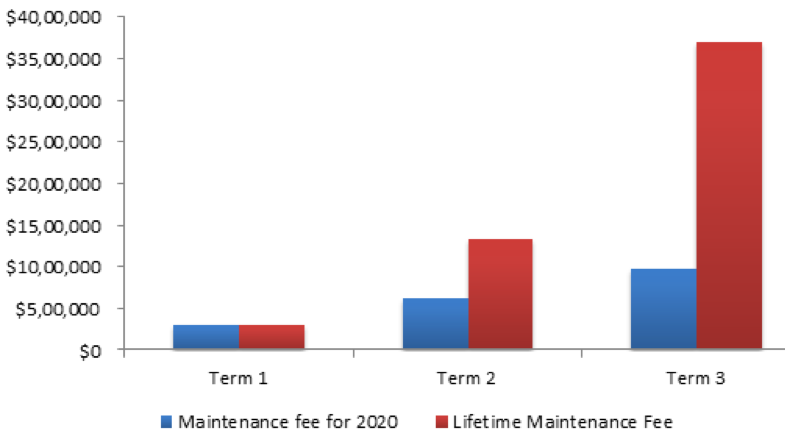 LG Display has 17,209 active/granted patents in its LCD portfolio. The LCD display technology leader’s countrywide publication distribution is illustrated in figure 3. Although only 25% of its patents are U.S. publications, they constitute some 4,400 individual publications. To maintain a mere 25% of its LCD portfolio would cost $3.4 million by the end of 2020 and a whopping sum of $6.2 million over the portfolio’s lifetime. The same can be seen in figure 4, divided into three renewal terms. 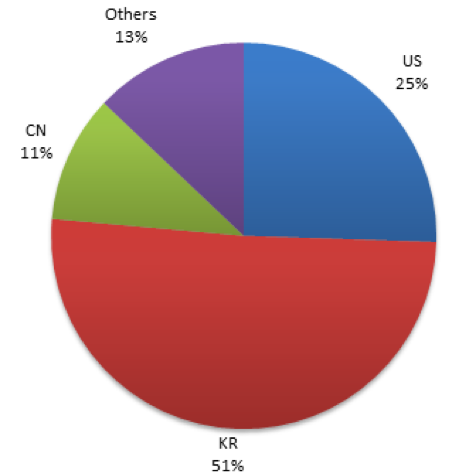 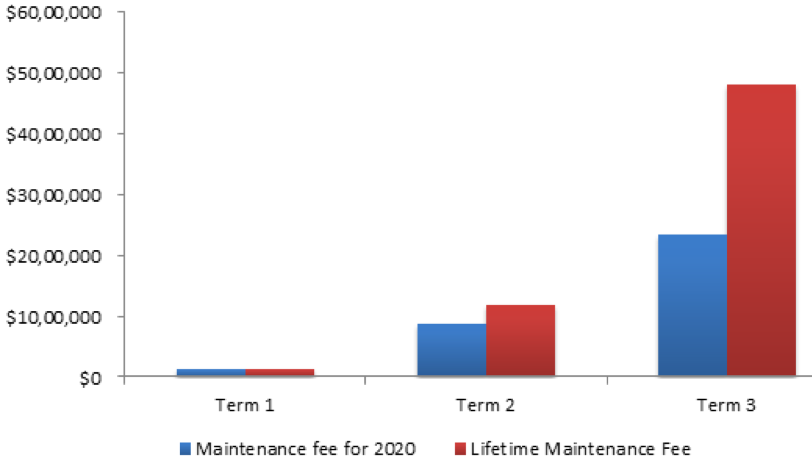 What Do We Make Up from Maintenance Costs?

As observed in graphs 2 and 4, the cumulative maintenance cost of Samsung and LG for their LCD portfolio sums to tens of millions over the next couple of years, even after halting the LCD business units. This effectively means millions of dollars in expenditure for null returns. Thus, both LCD leaders may be bracing for a decision on a largely impotent patent portfolio.

The LCD industry roughly operates at three levels: the material and equipment suppliers, the panel manufacturers and the consumer ready original equipment manufacturers. The LCD patent infringement and licensing disputes have emerged from all three levels because of the omnipresent nature of LCD corresponding to its applicability to almost any of the electronic products in the market.

In the United States, it started with the September 2003 infringement suit filed by Sharp against BenQ and Viewsonic alleging infringement of its LCD technology patents. Numerous patent abuses, licensing agreements across the three mentioned operating levels of LCD industry have been witnessed over the years.

In one of the recent disputes raised in California district court in February 2020, Philips accused TTE Technology and others for infringing on its LCD patents. While, in another patent dispute, Vista Peak Ventures (PAE) has asserted 14 of its properties against a group of corporations. The patents asserted in Texas district court on  March 1, 2020 dispute have been acquired from NEC Corporation through one of its mediators and the count continues.

All this emphasizes the importance of LCD technology patents for both corporations continuing to operate and expand their market and NPEs with explicit revenue generation models.

Both Samsung Display and LG Display hold a huge number of LCD patents. With the closure or selling of business units, patent portfolios always become an important part of the discussions. The interested players range from corporations to NPEs. Furthermore, with the world’s businesses struggling amidst the current pandemic, many organizations have already started to monetize their IP assets to mitigate the financial stress. Thus, a decision on Samsung’s and LG’s LCD patent portfolios holds even more significance. On top of these factors, the millions of dollars it costs to maintain their LCD patents further underscores the importance for both companies to execute immediate decisions on their LCD portfolios.

Vaibhav Henry is an Intellectual Property Strategist who has helped companies in licensing key proprietary technologies. In his current role as at Sagacious IP, he has facilitated the most prominent Silicon Valley [...see more]