“This lawsuit strikes at the heart of Google’s grip over the internet for millions of American consumers, advertisers, small businesses and entrepreneurs beholden to an unlawful monopolist.” – U.S. Attorney General William Barr 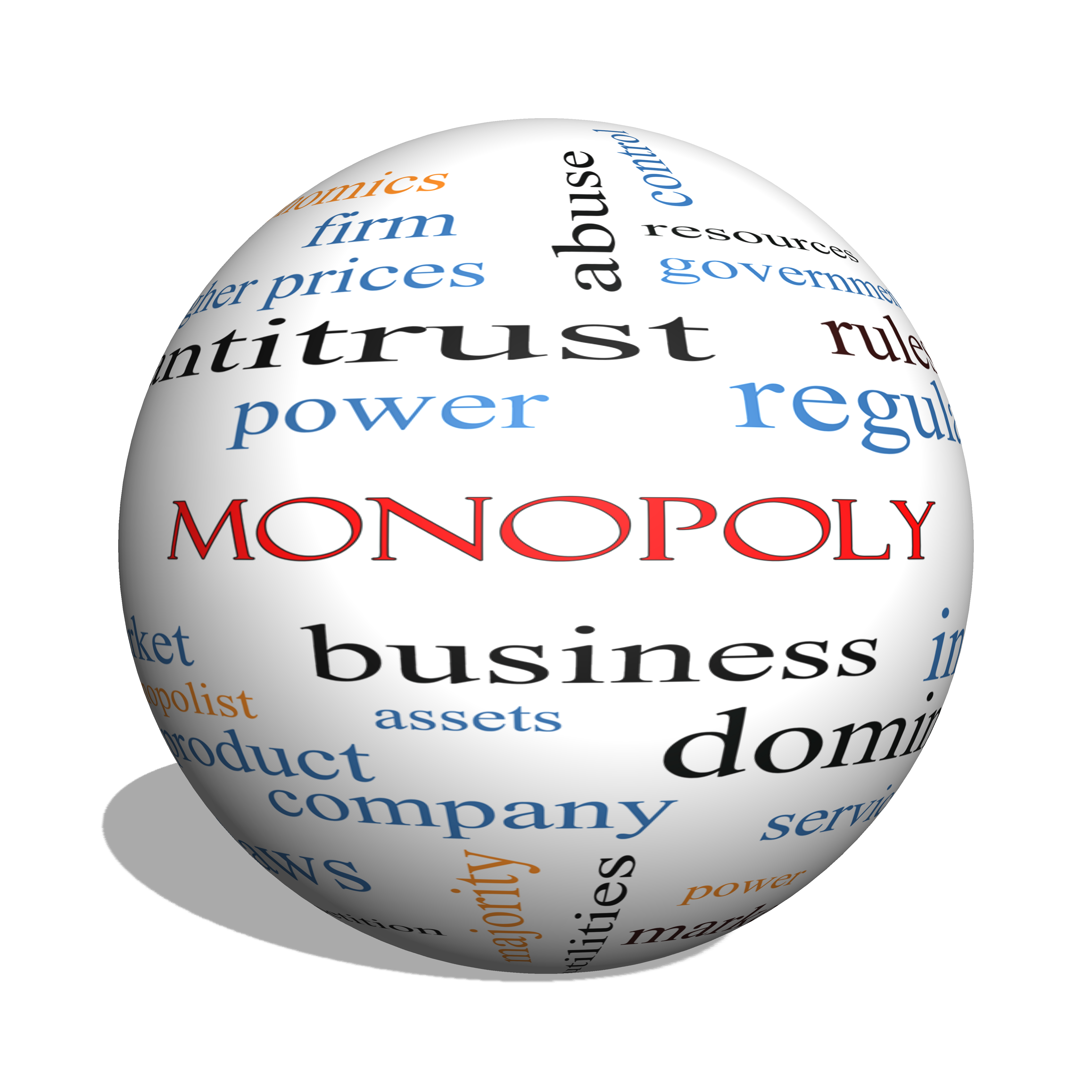 The U.S. Department of Justice and Attorneys General from 11 U.S. states filed a complaint on Tuesday in the United States District Court for the District of Columbia against Google, alleging the company is “unlawfully maintaining monopolies in the markets for general search services, search advertising, and general search text advertising in the United States through anticompetitive and exclusionary practices.”

The complaint maintains that Google has for years entered into exclusionary agreements and used anticompetitive practices to “lock up distribution channels and block rivals,” and comes after more than a year of investigation. The complaint specifically calls out Google’s distribution and licensing agreements with cell phone carriers and manufacturers, like Apple, which guarantees that Google’s search engine is preset as the default for Apple’s Safari browser. “Indeed, Google has preset default status for an overwhelming share of the search access points on mobile devices sold in the United States,” says the complaint.

In addition to these agreements, the complaint alleges that google maintains unlawful monopolies in search and search advertising by “using monopoly profits to buy preferential treatment for its search engine on devices, web browsers, and other search access points, creating a continuous and self-reinforcing cycle of monopolization.”

On computers, the Google Chrome browser has a 60% market share, while Apple’s Safari has approximately 16%, Mozilla’s Firefox 7%, and Microsoft’s Edge and Internet Explorer together have about 15%, and other smaller browsers have a combined 4% share. Most browser developers have agreed to preset Google as the default search engine. While consumers can change the defaults, many do not know they can, or do not bother to do so, explained the DOJ.

Tech companies have been under fire for some time now by the DOJ and on Capitol Hill. Last year the House Subcommittee on Antitrust, Commercial, and Administrative Law held a number of hearings to examine whether big tech companies are becoming too powerful and deterring innovation.

In a statement, Deputy Attorney General Jeffrey A. Rosen invoked the 1974 antitrust action against AT&T and the 1998 suit against Microsoft as a comparison to this week’s suit: “The Department is again enforcing the Sherman Act to restore the role of competition and open the door to the next wave of innovation—this time in vital digital markets,” Rosen said.

This is the first antitrust action against Google and the largest antitrust suit against big tech since those cases. While fighting anticompetitive practices in Big Tech is a bipartisan issue, Tuesday’s suit was filed by all Republican Attorneys General.

Attorney General William Barr called the case “monumental” and said: “This lawsuit strikes at the heart of Google’s grip over the internet for millions of American consumers, advertisers, small businesses and entrepreneurs beholden to an unlawful monopolist.”

Some criticized the timing of the suit and questioned whether it will be as strong or effective as the suit against Microsoft. Steven Levy of Wired wrote:

We can expect more action against Facebook, Amazon, and the rest. If they get knocked down a few notches, it may well open up some room for innovative competitors. But even at that, the timing seems off by a beat. The national psyche is dominated by issues literally involving life, death, and the future of the nation. Our buzzwords are masks, infections, vaccines, freedom, democracy, truth, racism, and violence. Search engine default is far down the list.

And Google itself  yesterday called the government’s lawsuit “deeply flawed,” adding: “People use Google because they choose to — not because they’re forced to or because they can’t find alternatives.” It added:

Our agreements with Apple and other device makers and carriers are no different from the agreements that many other companies have traditionally used to distribute software. Other search engines, including Microsoft’s Bing, compete with us for these agreements. And our agreements have passed repeated antitrust reviews.

The company’s Public Policy Team on Twitter posted a series of tweets yesterday demonstrating how users can easily change their default search engine and accused the government of claiming that Americans “aren’t sophisticated enough to do this.” 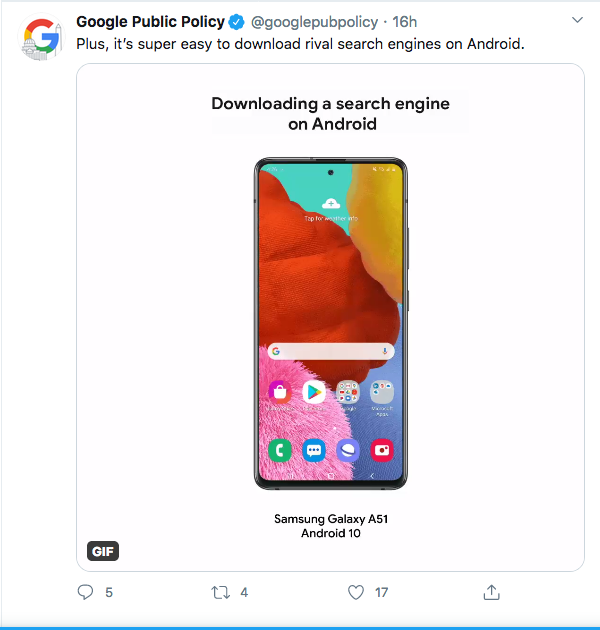 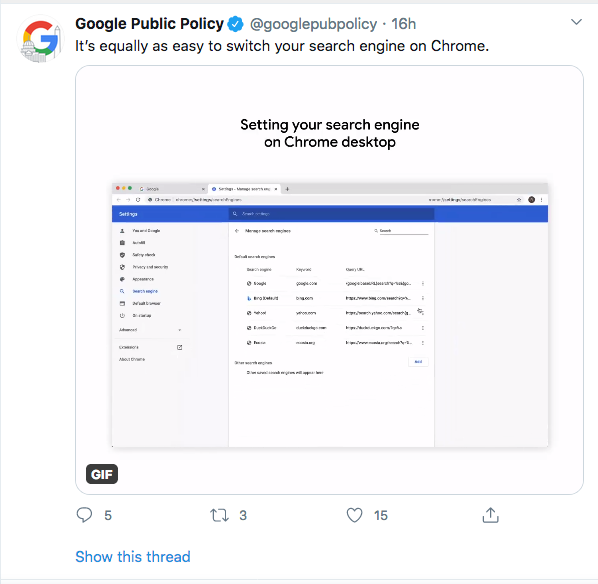 The statement also argued that the DOJ is wrong in claiming that Google competes only against other search engines, since users search the internet in many ways:

They look for news on Twitter, flights on Kayak and Expedia, restaurants on OpenTable, recommendations on Instagram and Pinterest. And when searching to buy something, around 60 percent of Americans start on Amazon. Every day, Americans choose to use all these services and thousands more.

The company said it is confident the DOJ’s case will fail: “We’re confident that a court will conclude that this suit doesn’t square with either the facts or the law.”