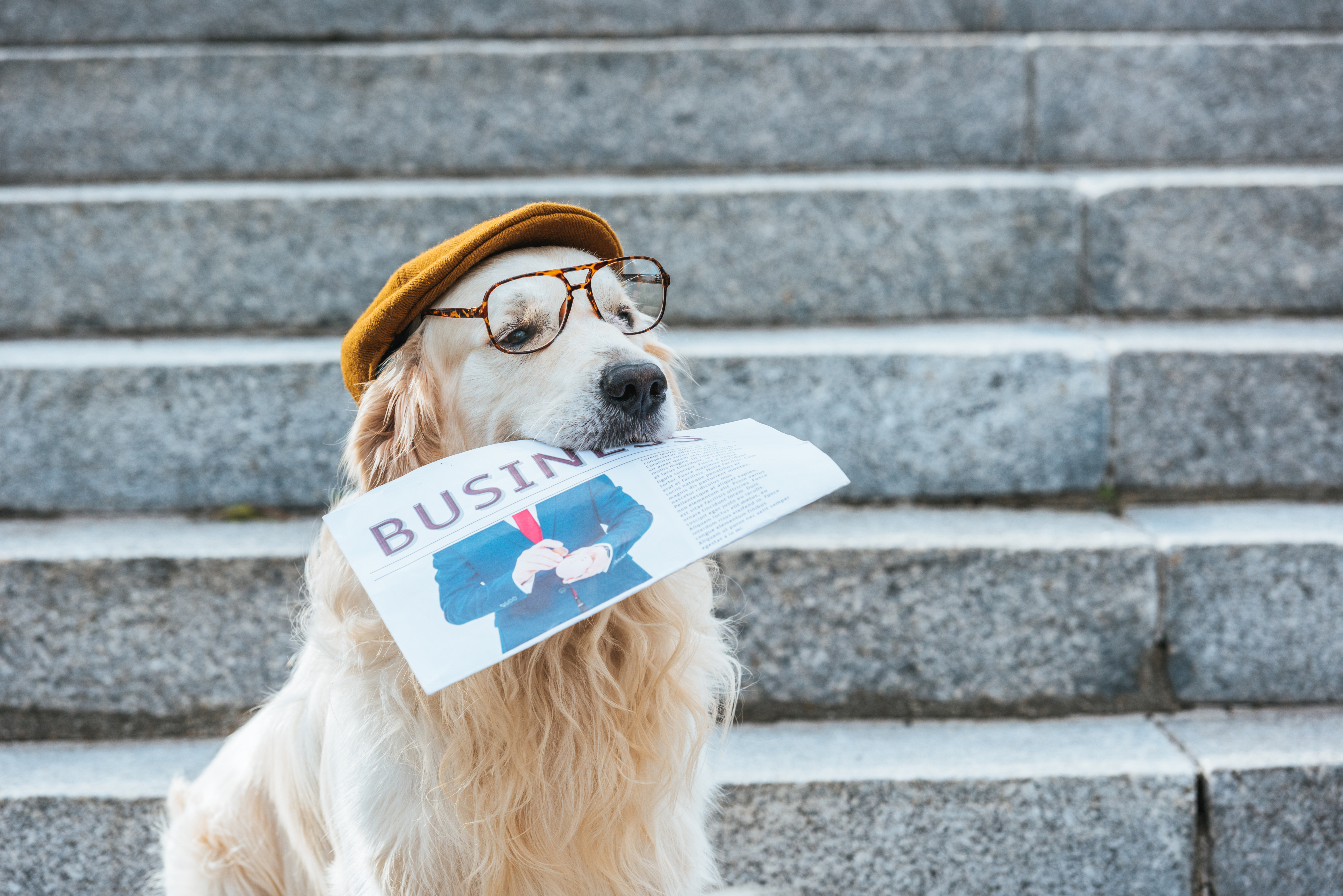 This week in Other Barks & Bites: Assistant Attorney General Makan Delrahim tells the IEEE that an Obama-era letter from the Department of Justice on the standard setting organization’s patent policies has been misinterpreted to the detriment of innovation; a California entertainment lawyers group asks the Supreme Court to solve a circuit split on the copyrightability of fictional characters; the Patent Trial and Appeal Board denies an inter partes review petition from Apple under the NHK-Fintiv discretionary denial factors being challenged by Apple and Google in a district court case; the Trademark Modernization Act moves out of the House Judiciary Committee by a voice vote; a collection of trade associations representing creative industries across the EU criticize the European Commission’s implementation of last year’s Copyright Directive; and the Ninth Circuit affirms a district court ruling that the Broadway musical Jersey Boys didn’t copy any protectable elements from a biography of The Four Seasons.

Delrahim Tells IEEE That 2015 DOJ Letter Misinterpretation Hurts SEP Owners – On Thursday, September 10, Assistant Attorney General Makan Delhrahim sent a letter addressed to the Institute of Electrical and Electronics Engineers (IEEE) telling the standards setting organization that misinterpretations of a 2015 letter from the U.S. Department of Justice, which was not an endorsement of an IEEE policy change on injunctive relief, have hurt innovation because of how that misinterpretation has been applied against standard-essential patent (SEP) owners asserting their patent rights.

Advocate General Opinion Says Inline Linking on Websites Requires Rightsholder Authorization – On Thursday, September 10, Advocate General Maciej Szpunar issued an opinion to the Court of Justice of the European Union (CJEU) telling the court that, under European law, the use of inline linking to embed website content such as audio and graphics requires authorization from the rightsholder to that content. However, the embedding of such content by means of clickable links using the framing technique does not require such authorization according to AG Szpunar.

USPTO to Host Inaugural Meeting on Comprehensive National Innovation Strategy – On Wednesday, September 9, the U.S. Patent and Trademark Office announced that next Monday the agency would be hosting the inaugural meeting of the National Council for Expanding American Innovation (NCEAI), a body that will meet to determine a national innovation strategy for the United States. Coverage of the inaugural meeting by Bloomberg Law indicates that it will focus on strategies for increasing participation in the U.S. patent system among underrepresented communities.

Trademark Modernization Act Passes Out of House Judiciary Committee – On Wednesday, September 9, the Trademark Modernization Act was approved by the House Judiciary Committee via voice vote, moving the bill towards a full vote on the House floor. The bill would create expedited ex parte cancellation procedures at the USPTO, clarify the rebuttable presumption of irreparable harm for trademark owners proving infringement in court, and give the USPTO Director discretionary authority over decisions of the Trademark Trial and Appeal Board (TTAB).

California Entertainment Lawyers Ask SCOTUS to Rule on Copyrightability of Characters – On Wednesday, September 9, the California Society of Entertainment Lawyers (CSEL) filed an amicus brief with the U.S. Supreme Court asking the nation’s highest court to take up an appeal of a copyright infringement case involving the Disney film “Inside Out.” CSEL’s brief asks the court to solve a circuit split on whether fictional characters can be covered by copyright to reduce confusion in the law and protect the creations of independent creators against misappropriation by major film studios.

ITC Opinion Explains Reasoning for Stay of Drone Injunction Pending PTAB Appeal – On Tuesday, September 8, the U.S. International Trade Commission issued a commission opinion in a Section 337 investigation into SZ DJI drones imported into the U.S. in violation of patent claims owned by Autel. The ITC explained that, although the agency found a Section 337 violation based on Autel’s complaint, enforcement of the determination through exclusionary orders is stayed pending Autel’s appeal of a Patent Trial and Appeal Board (PTAB) final decision invalidating patent claims asserted at the ITC, acknowledging that the U.S. Patent and Trademark Office is the “lead agency” for patent validity determinations.

Ninth Circuit Says Jersey Boys Didn’t Copy Protectable Elements of Four Seasons Memoir – On Tuesday, September 8, the U.S. Court of Appeals for the Ninth Circuit issued a decision in Corbello v. Valli in which the appellate court affirmed the District of Nevada’s ruling that the Broadway musical Jersey Boys did not infringe upon the copyright to a memoir about The Four Seasons because any material copied by the musical consisted of unprotectable elements like historical facts and events.

Munich Court Awards Injunction to Sharp Against Daimler in Mobile Patent Case – On Thursday, September 10, a German court in Munich issued a ruling awarding an injunction to Japanese electronics firm Sharp allowing it to prevent the sale of Daimler cars as a result of the automaker infringing patent claims covering mobile technologies. The Munich court had awarded a similar injunction to Nokia in mid-August.

DOJ, USPTO to Host Public Workshop on Life Sciences Innovation – On Thursday, September 10, the U.S. Department of Justice announced that, on September 23 and 24, the DoJ would be partnering with the USPTO to host an online public workshop that will focus on the importance of IP rights and pro-competitive collaborations across private and public institutions towards incentivizing innovation in the life sciences sector.

Square Launches Cryptocurrency Patent Pool – On Thursday, September 10, Jack Dorsey, CEO of payment company Square, announced that the company would be launching the Cryptocurrency Open Patent Alliance (COPA), a patent pool for members of the cryptocurrency ecosystem to shield them from the risk of patent assertions for their use of crypto and blockchain technologies.

PTAB Denies IPR Petition From Apple on Unwired Planet Patent Involved in $506M Verdict – On Wednesday, September 9, the PTAB issued a decision denying institution of a petition for inter partes review (IPR) filed by Apple seeking to invalidate claims of a patent owned by Unwired Planet and involved in a recent jury verdict from the Eastern District of Texas which awarded $506 million to Unwired Planet and PanOptis for Apple’s infringement. The PTAB denied the IPR petition under 35 U.S.C. 314(a) using the NHK-Fintiv discretionary denial factors that are currently the subject of an Administrative Procedures Act lawsuit filed by Apple and other major tech firms against the USPTO.

ITC Affirms Part of Remand on Converse Section 337 Case Against Skechers – On Wednesday, September 9, the ITC issued a notice that the agency affirmed-in-part a remand initial determination (RID) in a Section 337 suit brought by Converse alleging that shoes imported for sale by certain companies, including Skechers, infringed upon Converse’s trademarks. The Commission vacated the remand on the issue of the validity of Converse’s marks, which the remand found had not acquired secondary meaning, while affirming a determination that respondents did infringe upon other Converse trademarks.

“Pokémon Go” at Center of Patent Complaint on Augmented Reality Tech – On Thursday, September 3, patent owner NantWorks filed a lawsuit in the Northern District of California against Niantic, developers of the popular “Pokémon Go” mobile app, over the app’s use of augmented reality (AR) and image recognition technologies. Niantic’s use of the technology in the “Harry Potter: Wizards Unite” app is also accused of infringing NantWorks patent claims.

This Week in Wall Street

Oracle Stock Jumps 3.5% After Hours on Revenue Beat on Quarterly Earnings – On Thursday, September 10, shares of Oracle stock popped 3.5 percent in after hours trading after the company had issued its latest quarterly earnings report showing that the firm earned $9.4 billion in revenues during the most recent quarter, topping analyst expectations of $9.17 billion thanks to strong performance led by Oracle’s cloud services and license support group.