Don’t Focus on the Fight: When it Comes to Trade Secrets, it’s the Transaction that Counts

“Although trade secrets are ubiquitous in almost every modern business, we tend to focus our attention on the disputes, especially the ones involving departing employees. But that’s not really where most of the action is—certainly not the action that matters.” 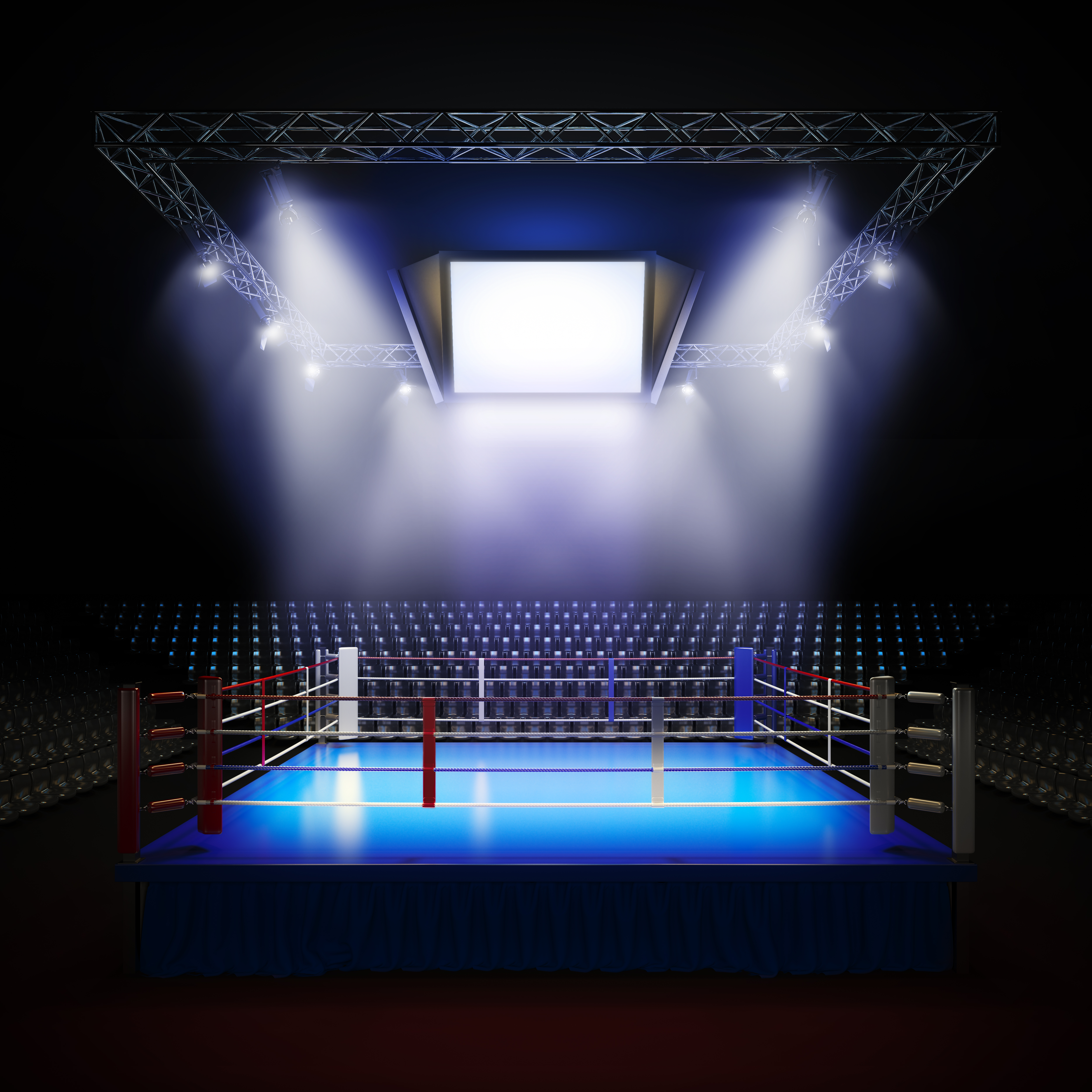 Tuning in to the recent sentencing of Anthony Levandowski for criminal trade secret theft, I was reminded of the wise observation about relationships, that remembering the ending is a way to forget about the beginning. But while that way of thinking can be a salve for the heart, it’s not so helpful when it comes to the kind of critical self-analysis that we need to improve our behavior, or at least certain outcomes, in business.

It’s natural for us to be attracted to the drama of trade secret litigation. These cases typically involve claimed treachery of some kind, contrasted against an alternate narrative of entrepreneurship and helpful market disruption. Indeed, as I have often remarked to my students, trade secret cases are a trial lawyer’s dream, because you are dealing with the kind of emotional issues that can draw in a jury and make it easy to keep attention focused on the story you’re trying to tell.

So it was with Mr. Levandowski and his fall from grace as the wunderkind of autonomous vehicle technology. Having led Google’s project since its founding in 2009, he was the primary target of interest for another high-profile young Silicon Valley founder, Travis Kalanick of Uber. Even though Kalanick knew that Levandowski had taken confidential Google documents when he left, they went ahead with an almost $1 billion acquisition of Levandowski and his truck startup. When Google sued, Uber claimed it was clean, but Levandowski refused to testify, and so we all were assured of some riveting theater. Indeed, until the case settled four days into trial, it was the hottest ticket in San Francisco, with spectators lined up around the block.

And the drama didn’t end when the two corporations reached a deal giving Google $240 million in Uber stock. The judge referred the case to the U.S. Attorney, who charged Levandowski with criminal trade secret theft. In what appeared to everyone as the denouement of a Silicon Valley tragedy, Levandowski finally spoke, describing his regret to the judge, who sentenced him to 18 months in federal prison (delayed so he wouldn’t be exposed to Covid).

Although trade secrets are ubiquitous in almost every modern business (think about data as an asset class), we tend to focus our attention on the disputes, especially the ones involving departing employees. But that’s not really where most of the action is— certainly not the action that matters. While the high-visibility cases can provide teachable moments (and Levandowski’s is a good example), they can also distract us from the everyday transactional work we do for our clients.

Having in mind that it is so much better to avoid litigation than to win it, let’s take a look at some typical business transactions that in my experience are the most common source of problems, even though usually less dramatic than what happened with Uber.

Where can lawyers have the greatest impact in preventing trade secret disputes? I believe it is the lowly confidentiality agreement, or NDA. This kind of contract is so widely used in information sharing that we tend to think of it as a simple form, rather than something important to negotiate. My NDA or yours? It doesn’t matter; let’s just get this part done so we can start looking at what you’ve got.

Where are the risks? Initially, it’s in becoming exposed to something radioactive without knowing in advance what it will be. One way to address this is to begin without any secrecy, insisting that the discloser give you enough information for “free” so you can make an informed judgment about how dangerous it might be to see some aspect of the secret design or process. In that case, you should confirm in writing that the exchange is non-confidential.

If you decide to get exposed, your primary risk is in the scope of what is agreed to be confidential. The “form” NDAs simply say that there will be an exchange of information considered by each side to be confidential. Especially if you are likely to receive a lot of information, it’s in your interest to be as specific as possible about what it will be. Besides the usual exceptions – publicly known, later disclosed without fault, previously (and probably) known to the recipient, or later learned without fault – there may be ways to limit exposure, perhaps through stages of increasing disclosure, pausing to assess risk (on both sides) before you go on.

Negotiate the Transfer and Handling

Most securely, all confidential information should be expressed in a document with a prominent label. But typically, a significant portion of it will be transferred in meetings, and so you should negotiate how that will be handled. If you agree that verbal disclosures must be confirmed in writing within a certain time, then the discloser has to ensure that document is prepared and delivered, and (this is where a lot of trouble happens) the recipient has to be ready to review it and object where the description is not accurate.

What is the recipient going to do with your data? The typical form just says it will be used only to assess a potential transaction. But are there more specific ways that you can maintain control, such as limiting exposure to specified individuals? Should those people be required to sign separate NDAs? Are there other handling instructions that might be negotiated to reduce the risk of misuse or disclosure? For the disclosing side, beware of the “residuals clause” that allows those who are exposed to use any information “retained in unaided memory,” which amounts to a license to your data. Some large organizations may believe they need this protection, but you should be aware of the consequence.

The issues to negotiate are almost limitless, as the discloser tries to maintain maximum control and the recipient tries to avoid unnecessary restrictions on its future plans. The point is to treat this as you would any other commercial transaction and be clear about issues such as term and termination, choice of law, choice of forum and remedies.

Notes on Mergers and Acquisitions

One specific area of negotiated confidentiality that often leads to litigation is in mergers and acquisitions. Whether the objective is to acquire a company or a license to some technology, the terrain is treacherous, because so much is at stake. The acquisition target or potential licensor is in an obviously precarious position, because a large part of its value may consist of secret information, and if that’s disclosed to inform a transaction that never happens, it has been harmed by an undefinable loss of control over that asset. As for the other side, an honest attempt to assess value may end up exposing some of its best people to secrets that limit their freedom to operate if the deal isn’t done. Legal counsel acts as the choreographer of a very delicate dance through the “due diligence” process, attempting to identify and mitigate a range of risks.

Meanwhile, the client wants to get the deal done (or withdraw and move on), putting a premium on speed. This external pressure can lead to sloppy behavior. For the target/licensor, it usually means excessive disclosure and access by more people; and for the acquirer, it most often means bringing people into contact with the deal team who were supposed to be walled off. Here, in contrast to the basic NDA situation, the issues are mostly about execution, not negotiation of confidentiality. Litigation results when the deal is terminated, with one side feeling jilted and the other infected with information it may wish it didn’t have. Preventing trouble consists of anticipating those outcomes and reducing the peril by focusing on strict compliance, recordkeeping and robust communication.

The Dangers of “Casual” Collaboration

Closely related to the acquisition is the potential collaboration. In this transaction, each side feels that it has a lot to offer and a lot to gain from the relationship. Indeed, like a romance, both may tend to be a bit infatuated and as a result overlook some of the ways in which the transaction can hit the rocks. In my experience this happens most often through a casual attitude about ownership: that is, who owns what the venture has created, which side (or individuals) get credit for it, and where lies the boundary between that creation and what each company brought to the party, in terms of pre-existing technology. Again, part of this is about providing for these stresses and risks in the contracting phase, anticipating that this relationship will end at some point. But equally important – and an opportunity for counsel to add value – is the management of the effort, to help prevent misunderstandings and ensure that records are clear and consistent.

Finally, a great deal of trade secret litigation can be avoided through careful onboarding of high-level employees. This brings us back to Uber and Levandowski. The latter’s star shone so bright that Uber was prepared to do almost anything to bring him over. One reflection of that intense interest was its granting Levandowski an indemnity – that is, a guarantee that Uber would shoulder the risk – for what the deal documents called his “Bad Acts” in having downloaded all those confidential documents. (Yes, they actually defined his behavior in the contract as the “Bad Acts,” with initial caps.) But they went even further, and gave Levandowski another indemnity, this one for any use he might make of “information . . . retained in [his] unaided memory.” Recall the “residuals clause” that some companies try to get in an NDA to give them a free pass? In effect, Uber gave that pass to Levandowski to use any of Google’s secrets he happened to remember.

Rarely does an act of onboarding senior talent become that reckless. But it stands as a clear lesson that a great deal of trade secret litigation is much more easily prevented than won. At the transaction stage, the risks may seem distant, but disciplined thinking and careful management will pay dividends. The trade secret trial may be a fascinating morality play. But let it be someone else’s drama.