Holding: When an alleged infringer has demonstrated non-infringement, the specific accused devices acquire the status of “non-infringing devices” and res judicata will apply to an action brought for the same acts of infringement. 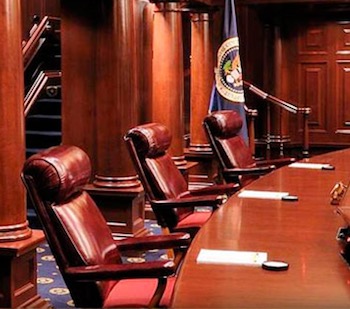 On November 24, 2015, Dr. Richard Sowinski, the owner of Patent No. 6,601,033 (the ’033 patent), sued the California Air Resources Board (CARB) and several individual and corporate defendants for infringement of the ’033 patent. After Dr. Sowinski failed to file a response to several motions to dismiss, the district court dismissed the complaint with prejudice and without leave to amend pursuant to Central District of California Local Rule 7–12. On appeal, the Federal Circuit affirmed the dismissal, concluding that the Central District of California had considered all of the relevant factors and that there was no clear error of judgment.

A few years later, Dr. Sowinski filed a complaint in the U.S. District Court for the Northern District of California against CARB, stating the same counts as in the previous case. The Northern District of California dismissed the complaint on the grounds of res judicata, observing that the dismissal of the same claims in the prior litigation against the same defendant was an adjudication on the merits, i.e., CARB did not infringe.

Following case precedent set forth in Brain Life, LLC v. Elekta Inc., 746 F.3d 1045 (Fed. Cir. 2014), the Federal Circuit acknowledged that preclusion does not apply to new or changed products or methods, but does apply when the accused products or methods are essentially the same and an accused infringer that has demonstrated non-infringement acquires the status of a “non-infringer.” Because Dr. Sowinski alleged the same infringing activity of the same patent against the same defendant, the Federal Circuit affirmed the Northern District of California’s decision finding that the district court had properly applied res judicata to dismiss the case.