“The panel majority in AAM v. Neapco takes great pains to assert that both Supreme Court and Federal Circuit precedent has compelled it to rule as it has with respect to the Section 101 issues at stake in this case. But the majority’s cited precedents compel no such thing.” 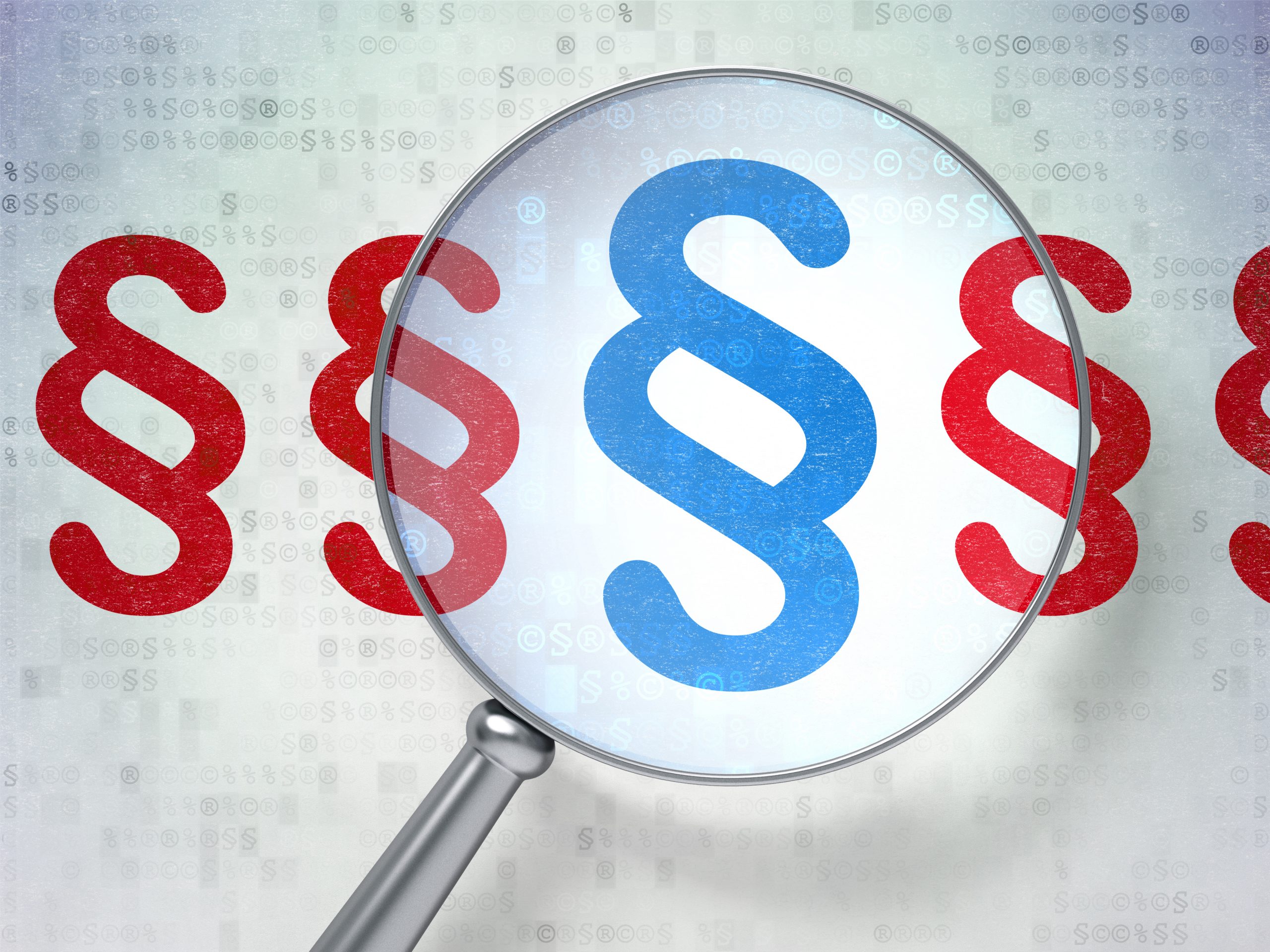 As detailed in Part I of this article, the recent opinion in AAM, Inc. v. Neapco Holdings, LLC, No. 18-1763 (Fed. Cir. July 31, 2020) misreads and misinterprets Supreme Court precedent as having long imposed the enablement-like requirements set forth in the AAM ruling. Similarly, the Federal Circuit cases cited by AAM do not reflect some longstanding Section 101 eligibility rule that the claim alone must show, with “specificity,” the “way” or “how to” “achieve” such an invention, beyond a mere “result.” See, e.g., AAM, Majority Op. at 11, 16, n.7, 16-17, 20-21, 27-29.

Importantly, as the Supreme Court (among others) has indeed long held, a point of law, merely “assumed” in an opinion, not “squarely addressed,” is not authoritative,” thus leaving the issue “free” for the next court “to address … on the merits.” E.g., Brecht v. Abrahamson, 507 U.S. 619, 631 (1993); In re Stegall, 865 F.2d 140, 142 (7th Cir. 1989) (same). Following that Brecht principle, an opinion’s application of legal principles—such as its application of the two-step ineligibility framework established by the Court’s Mayo-Alice regime—does not ipso facto transform that application into a legal requirement all its own. Indeed, the terms like those freely quoted above (“how to,” “way,” “specificity”)—and as quoted by the AAM majority—are often merely the non-binding dicta or analysis that results over time from the case law’s application or discussion of the Mayo-Alice framework and whatever particular facts or arguments the panel in that particular case was addressing.

For example, the AAM majority’s first-cited precedent to support these alleged enablement-type requirements for Section101, SAP Am., Inc. v. InvestPic, LLC, 898 F.3d 1161, 1163, 1167 (Fed. Cir. 2018), held indeed that the claimed mathematical-finance subject matter was ineligible. But SAP reached this ineligibility conclusion for reasons that had nothing to do with whether the claim alone failed to demonstrate “how to” practice the invention with “specificity.” Id. Applying Mayo-Alice, SAP reached this ineligibility conclusion because the claim-at-issue was “nothing but a series of mathematical calculations based on selected information and … results of those calculations.” Id. As SAP put it, no matter how novel or “new” that claimed mathematical calculation might be, it was “still an [ineligible] abstract idea.” Id. (emphasis in original).

The majority further relied on Internet Patents Corp. v. Active Network, Inc., 790 F.3d 1343, 1348 (Fed. Cir. 2015) and its view that the case found “the [patent] claim abstract because it ‘contain[ed] no restriction on how the result is accomplished.’” But Internet Patents didn’t squarely address such a legal requirement for section 101. Tellingly, and to the contrary the decision expressly addressed a litany of other issues and principles bearing on Section 101-eligibility, including:

The Federal Circuit, to be sure, also pointed near the end of its opinion to the district court’s “observ[ation]” about how the claim language “contain[ed] no restriction on” how to accomplish the “result” of avoiding data loss. Id. at 1348. But unlike the legal points enumerated above—each of which the opinion elaborated on—Internet Patent didn’t address or set forth as a principle anything with respect to these “result,” “how to,” “specificity,” or “claims alone” requirements. That’s because the eligibility analysis focused indeed on eligibility and other “inventive-concept” considerations, not the enablement-like facts and analyses that AAM v. Neapco has now hardened into Section 101 law.

The same analysis applies to the AAM majority’s other relied-on precedents. It relies, for example, on Affinity Labs of Texas, LLC v. DirecTV, LLC, 838 F.3d 1253, 1258 (Fed. Cir. 2016), saying Affinity held the claim-at-issue ineligible “because ‘[t]here is nothing in the claim that is directed to how to implement out-of-region broadcasting on a cellular telephone.” AAM Maj. Op. at 16, n.7. But as with the other Section 101 cases, Affinity discussed no legal requirement, principle, or rule about how Mayo-Alice requires this “how-to” showing for the claimed invention, much less a requirement that the “claims alone” demonstrate this with “specificity.” See Affinity Labs, 838 F.3d at 1254-58; see also Brecht, 507 U.S. at 631 (point of law, merely “assumed” in an opinion, not “squarely addressed,” is not authoritative); Stegall, 865 F.2d at 142 (same). Affinity instead focused on what courts already considered the “now-familiar” two-part Mayo-Alice framework, id. at 1257; and thus, in identifying: (1) for step-one purposes, the “purpose” of the claims-at-issue as “directed to the dissemination of regionally broadcasted content to users outside the region,” id. at 1255; and (2) for step-two “inventive-concept” purposes, whether the patent did anything more than “take[] the abstract idea … and appl[y] it to a generic electronic device, in this case—a wireless cellular telephone.” Id.

In applying this framework, Affinity emphasized that the issue for step one focused on the “elusive” “boundary between the abstract and the concrete.” Id. In making that “abstract” determination, moreover, Affinity again engaged in analyses that did nothing to suggest the existence of a legal “how to” principle or “specificity” requirement under section 101. See, e.g., id. at 1257-58. Two such analyses stand out.

First, as it often does, the Affinity court used the ‘substantial guidance” from case law that had comparable “abstract-idea” claims, finding that this similarity supported its “abstract” step-one conclusion. Id. at 1258. In that context only, Affinity concluded that the claims there were “directed to” an abstract idea, stating that they recited “a broad and familiar concept concerning information distribution that is untethered to any specific or concrete way of implementing it.” Id.

Second, the Affinity court reviewed the magistrate judge’s rejection of arguments that the claims there were not abstract because—pursuant to a traditional or statutory enablement argument—the specification there disclosed “a downloadable application” to perform the claimed invention. See id. As with the trial court, however, the Federal Circuit rejected this enablement argument based on familiar, relevant points; viz., “the patent “merely state[d] that the application `enables’ the device to present a graphical user interface so a user can select what data that user wants to stream”; [but] the patent is “devoid of any teaching or blueprint explaining how the device can do what it purports to do.” Id. Accordingly, even for an argument predicated expressly on the specification’s disclosure, the Federal Circuit agreed it didn’t improve the patentee’s arguments to avoid ineligibility as an abstract idea. Id. Moreover, it didn’t impose any such disclosure requirement on the claims alone.

The panel majority in AAM v. Neapco takes great pains to assert that both Supreme Court and Federal Circuit precedent has compelled it to rule as it has with respect to the Section 101 issues at stake in this case. But as explained above, the majority’s cited precedents compel no such thing. Indeed, in certain notable respects, the AAM opinion appears to substantially re-cast the holdings and analyses in precedents such as Diehr and Flook, among others. Further, AAM goes too far in pouring into the threshold Section 101-eligibility test what, for all intents-and-purposes, looks like another “irrelevant” patentability requirement, viz., the so-called enablement-like requirements that AAM imposes on the “claims alone.” Will more patent claims be struck down as a consequence? Over time, surely. But all the more, AAM expands section 101’s legal reach in ways that will only do more violence to the U.S. patent laws and system. And ultimately to American innovation, investment, and competitiveness.

John Battaglia s an accomplished first-chair trial lawyer, appellate lawyer, and former US Justice Department lawyer who has successfully tried to verdict a broad array of civil and criminal cases. While the [...see more]