“No other area of copyright law has this fame-based standard. And for good reason. A fame-based standard will inherently favor large entertainment corporations with the ability to broadcast their works to the detriment of individual artists and small companies without the means to widely publicize their works.”

Editors note: The following article is a request for amici support. 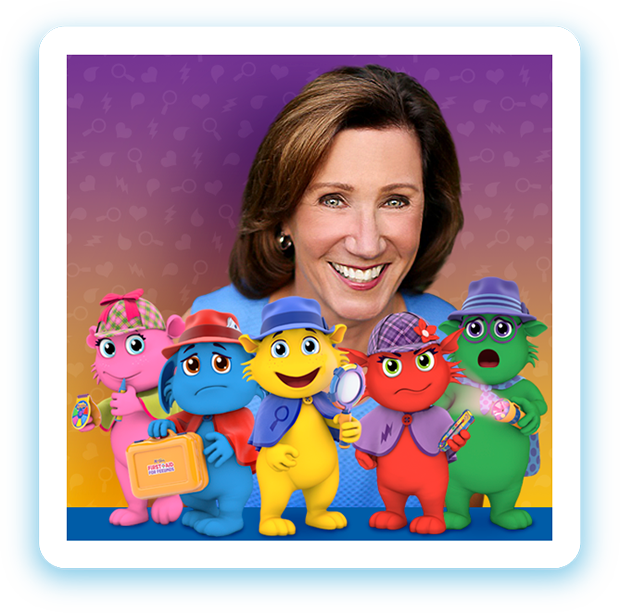 Some fictional characters are heroes; others are villains. Some mimic reality and others personify fantasy. And some appear in comic books and video games, while others in television shows and movies. Fictional characters epitomize the essence of creativity. And while copyright law is designed to encourage creative works, the law on character copyrights is in chaos. Every circuit to address this area of copyright law applies a different test. And some tests—like the Ninth Circuit’s—favor behemoth entertainment corporations over individual artists and independent companies. An objective, clear test that honors foundational principles of copyright law is needed.

Robins Kaplan LLP petitioned for certiorari with the U.S. Supreme Court today on behalf of the Moodsters Company. Moodsters Co. asks the Court to review the Ninth Circuit’s decision that dismissed its 89-page amended complaint and found the Moodsters characters uncopyrightable as a matter of law. The Supreme Court has never before addressed character copyrights.

Denise Daniels has dedicated her career as a child-development expert to improving the lives of children in difficult times. In the early 2000s, she conceived of anthropomorphic single-emotion characters to help foster emotional intelligence in children. She founded the Moodsters Co. and developed five color-coded single-emotion characters that reside inside a child with help from an industry-leading executive team. Moodsters Co. produced a professional-grade pilot episode and raised over $3 million in investment to launch these original characters. From 2005 through 2009, Moodsters Co. pitched executives at Disney to collaborate on a program featuring these characters. In 2010, Disney started work on Inside Out, releasing the movie in 2015. The blockbuster hit featured five color-coded single emotion characters that reside inside a child.

What is the Proper Standard for Character Copyrightability?

The Supreme Court has announced a singular standard for copyrightability—originality. To qualify for a copyright, an artist needs an original expression fixed in a tangible medium. The Court considers originality the “touchstone,” “the very premise,” and “sine qua non” of copyright law. Yet the lower courts have created their own exception to this foundational principle for character copyrights. So, unlike any other copyrighted work, the lower courts have created a standard different from originality to determine copyrightability.

Commentators have decried the uncertainty and inconsistency with these unclear standards for decades. The Ninth Circuit’s standard is particularly unusual as applied to The Moodsters. Neither the district court nor the Ninth Circuit focused on the originality or uniqueness of the characters. In fact, as pled, no artist had expressed characters with the same combination of traits and characteristics as the Moodsters before. But the courts ignored these allegations. Indeed, the district court focused instead on whether the Moodsters were famous enough to have “persisted” and been recognized in multiple works over time. Put differently, the court looked at the reaction to the works by others over time. No other area of copyright law has this fame-based standard. And for good reason. A fame-based standard will inherently favor large entertainment corporations with the ability to broadcast their works to the detriment of individual artists and small companies without the means to widely publicize their works.

Is Copyrightability a Question of Fact or Law?

This issue is critical for the Supreme Court to decide because the answer resolves not only who decides copyrightability but when. The Supreme Court has long held that the Seventh Amendment attaches to fact disputes in copyright actions. For that reason, if copyrightability involves a question of fact, then district courts generally should not decide that issue on the pleadings. Rather, the court should only ask whether the “short and plain statement” in the complaint states a plausible claim over copyrightability.

This standard should be a low bar for character copyrights. For instance, the 9th Circuit addressed whether “Eleanor”—an intimate car that did not speak or emote in Gone In 60 Seconds—was a copyrighted character in Halicki Films LLC v. Sanderson Sales & Marketing, 547 F.3d1213, 1224-25 (9th Cir. 2008). Even on a summary judgment record, the court remanded the “fact-intensive issue” back to the district court.

Yet neither the district court nor the Ninth Circuit addressed the Halicki decision when they denied Moodsters Co. the chance to prove this fact-intensive issue. Instead, the courts made their own fact-intensive determinations. The Ninth Circuit explained, for instance, “it would be difficult to conclude that the 2005 Moodsters are the same characters as those sold at Target in 2015.” But here are exemplary depictions of these versions—both with the anger character’s signature explosion-from-the-head expression. 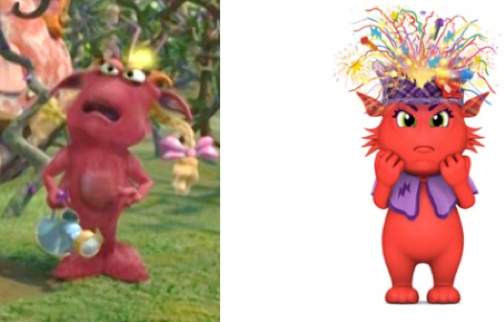 Any minor differences in these characters are far less striking than the dramatic changes in James Bond or Batman over the years (both examples of copyrighted characters). The Supreme Court should address a consistent standard that applies to large companies and individual artists the same. The Supreme Court also warned over a century ago that “[i]t would be a dangerous undertaking for persons trained only to the law to constitute themselves final judges of the worth of pictorial illustrations [or other works of art], outside of the narrowest and most obvious limits.” Bleistein v. Donaldson Lithographing Co., 188 U.S. 239, 251 (1903). And that, too, is precisely why juries should decide fact-intensive issues, especially as they relate to originality.

Why This Is Important

One thing that quarantine has made clear is the need for more creative works driven by original characters. Too many large entertainment corporations are content with peddling dull reboots and mundane sequels. Copyright law exists to incentivize creative works. The Supreme Court should address—for the first time—these important issues over character copyrightability to foster creativity, and to vindicate the right to trial by jury in copyright cases. And the law should apply equally to all artists—whether an individual, independent company, or a large entertainment corporation.

I write this article to seek amicus support for Moodster Co.’s petition. According to some commentators, amicus briefs significantly enhance the likelihood of the Court accepting review (by up to 20% for one amicus brief and over 50% for multiple briefs in past years). The deadline to file an amicus brief is 30 days after docketing, so potentially as early as September 2, 2020. Interested parties need to notify all parties of their intent to file an amicus brief and ask for consent to file 10 days before the filing deadline (potentially by August 21, 2020).

Attorneys or stakeholders interested in strong copyright protection for all artists who are interested in drafting or signing onto an amicus brief should contact me at [email protected].

Patrick Arenz Patrick Arenz is a partner and trial lawyer with Robins Kaplan. According to IAM, Patrick is an “excellent, thorough, and focused cross-examiner.” He handles high-stakes disputes for a diverse set [...see more]