A Misguided Op-Ed, a Key Report, and Why Holding the U.S. Lead in the Life Sciences is More Important Than Ever

“As those involved in these efforts at the National Institutes of Health will readily attest, companies working with them to develop critically needed drugs and vaccines to combat COVID-19 are hardly getting a free ride. They are assuming the majority of the costs and all the risks.”

Ulysses and the Sirens by J. W. Waterhouse: https://www.ngv.vic.gov.au/explore/collection/work/4457/

Our current experiences with COVID-19 in the United States, together with headlines warning of major efforts by the Chinese and Russian governments to hack corporate, academic and federal laboratories to steal information on pending therapies, underline the importance of maintaining the U.S. lead in the life sciences. It’s not just our health at risk—it’s also our security. We’ve just had a taste of what it’s like depending on China for medicines and protective gear.

We also face an internal threat posed by “drug populists” calling for arbitrary government price controls while blaming patents for costs and blocking innovation. Ironically, a perfect example of this school of thought appeared in the  New York Daily News the same day as an important new report issued from the Information Technology & Innovation Foundation (ITIF). Titled “Ensuring U.S. Biomedical Competitiveness“,  the report is a treasure trove of critically needed information.

Here are some of its key takeaways:

The report warns against “drug populism”, described as:

… a political movement that both sides of the aisle, but especially progressives, have unfortunately embraced. Drug populism and its accompanying policies of weaker IP protections and draconian drug price controls would likely result in cheaper drugs. But there should be no confusion that it will lead to a hollowing out of U.S. capabilities, not just in production but also in innovation (and, not to mention, fewer new lifesaving drugs).

“The smart Rx to slash drug costs: Two obvious steps to take first“, an op-ed in the New York Daily News, illustrates this thinking. After calling for banning drug ads, the piece turns its sights on the Bayh-Dole Act, which injected the incentives of patent ownership to spur the commercialization of federally funded inventions:

While the point of Bayh-Dole was to hasten the harnessing of basic research, it also sent the price of drugs soaring. Spending on prescription drugs had been largely stable… from 1960 to 1980. In the decade after Bayh-Dole, it had doubled… and doubled again in the next decade…

We now have this bizarre mindset that we have to give drug companies patent monopolies to get them to develop drugs or vaccines, even when the government is paying for the bulk of the research. The pandemic is showing the absurdity of this practice…

In effect, the government is putting up most of the money and taking the big risks. If one of more of these developers hit a dead end, they will still have been paid for their work; the government is out the money. But if they succeed and develop a life-saving vaccine, the government will give them a patent monopoly and allow them to charge whatever they want, with no restriction in place.

It shouldn’t be too radical a proposition to say that drug companies only get paid once. When the government pays for the research, the drugs or vaccines developed are in the public domain, so they can be produced and sold by anyone as cheap generics.

Unfortunately, they omit some key facts easily discovered in the ITIF report. Before Bayh-Dole, “not a single drug had been developed when patents were taken from universities (by the federal government).” Or: ” It’s largely through this process that the public-private partnerships the Bayh-Dole Act catalyzed have led to the development of over 300 novel drugs and vaccines. These medicines treat conditions ranging from Crohn’s disease to hepatitis B, HIV/AIDS, and HPV, melanoma, CML, and inherited blindness. The Bayh-Dole Act has also proven pivotal in facilitating the development of tests, treatments, and vaccines combating the coronavirus. ”

As those involved in these efforts at the National Institutes of Health (NIH) will readily attest, companies working with them to develop critically needed drugs and vaccines to combat COVID-19 are hardly getting a free ride. They are assuming the majority of the costs and all the risks. When one of these products fails, no one at NIH (or BARDA) is going to lose their jobs or their funding. But that’s likely what will happen to the companies who don’t emerge from this process with a successful product. Unlike others around the world, our life science industry is driven by small companies, often formed around academic inventions, “betting the farm” that despite the odds, they will be one of the few making it across the finish line.

The Data Speaks For Itself

While critics claim that patents are barriers to new drug development, the report forcefully rebuts this view, asserting: “Ultimately, IP does not represent an impediment to access to medicines; rather, in the vast majority of cases, it’s the reason for the very existence of those medicines in the first place. “(emphasis in original)

The report also has compelling graphics effectively underscoring its points. For example, how about this for showing the high risks of the drug development system:

Or this one, showing “Where global biopharmaceutical R&D is occurring”: 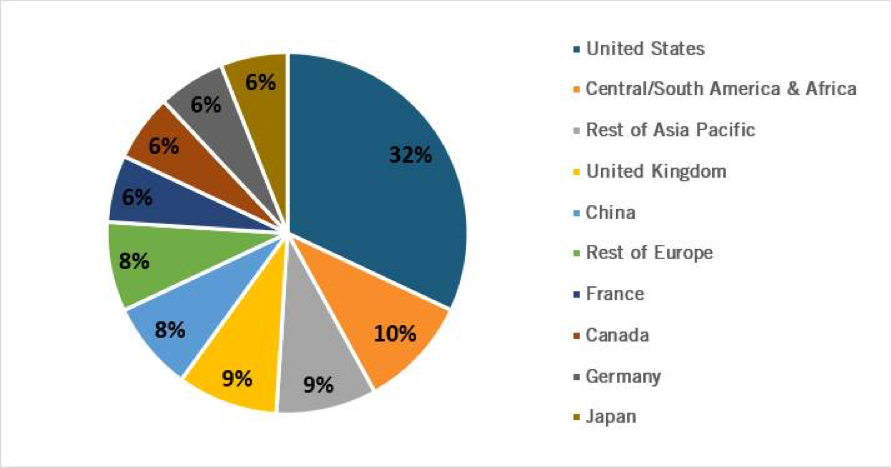 My personal favorite is the one below. Critics of Bayh-Dole claimed that allowing universities to patent federally funded inventions would undermine scientific publications, as academic researchers would keep their discoveries secret. What better rebuttal than this: 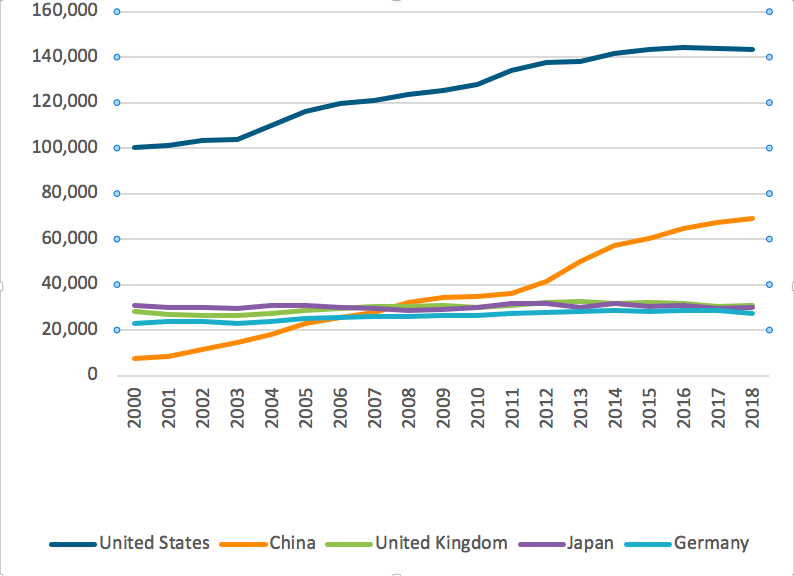 In an industry characterized by expensive, long term and extremely high-risk development coupled with low success rates, intellectual property rights are crucially important to life science companies. Often their IP portfolios constitute 80% of their value. The report makes several recommendations related to IP protections, including fully funding the U.S. Patent and Trademark Office. It also has some forceful thoughts on our international policies, including: “U.S. trade policy needs to resist the mistaken view that IP is not a trade policy issue.”

Because our life science industry is being threatened by nation states, not just foreign companies, the report calls for a comprehensive policy response:

Among the recommendations are restoring funding to NIH to 2003 levels, promoting the creation of megafunds to spur drug development, setting a flat 20% tax credit for companies that invest in university R&D, ensuring that march-in rights under the Bayh-Dole Act are not misused for government price controls, and stimulating domestic biopharmaceutical manufacturing, among a long list of other proposals.

One painful lesson from the COVID-19 crisis is that it matters a great deal whether democratic or totalitarian countries dominate the life science industry. While our system isn’t perfect, it’s the most effective in the world. We’re well advised to shore it up rather than listening to critics touting unproven theories. Those who listen to the Siren’s call promising easy solutions to complex problems tend to wind up wrecked upon the rocks. And you can bet no one will feel sorry for us if that’s where we choose to steer.