An Emerging Section 101 Expansion to Section 112(a) Enablement? The Federal Circuit Should Stop It Now

“The Federal Circuit’s recent ECT decision…recognized that Section 101 eligibility and Section 112(a) enablement are “separate inquiries,” and that meeting one such inquiry doesn’t necessarily mean satisfying the other…. Our view is that the court should shore up this brief ECT analysis so as to bar future panels from disregarding or straying beyond it.” 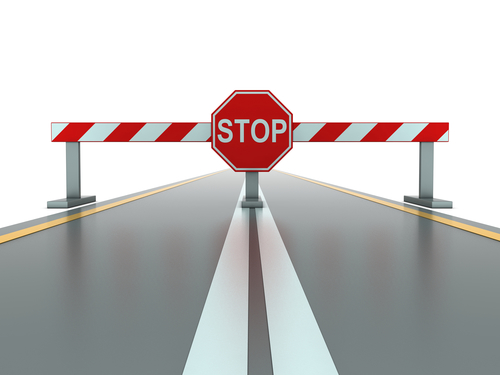 The most dominant, divisive issue in patent law over the last decade—Section101-eligibility and the Supreme Court’s Mayo-Alice framework—appears to have just become more divisive. Indeed, at least part of the reason for the controversy is that, with Mayo-Alice as the governing test, courts as a preliminary matter can decide Section101-eligibility based on considerations of an “inventive concept” and patentability—issues the Court once declared were “not relevant” to the separate eligibility provision of the Patent Act. Be that as it may, the Federal Circuit has recently issued certain decisions indicating that Section 101 now incorporates another vast area of invalidity; viz., the requirements for “enablement” under 35 U.S.C. §112(a). See, e.g., Customedia Technologies, LLC v. Dish Network Corp., 951 F.3d 1359, 1365-66 (Fed. Cir. March 6, 2020). In this article, we examine how this new requirement for Section 101 has emerged, the recent precedent on the issue, and the Patent Act’s requirements that undermine such Section 112(a) considerations for a Section 101-eligibilty test. That the Federal Circuit has more recently explained that these Sections 101 and 112 provisions are “separate inquiries” that don’t affect each other is a significant sign that the court may right itself on this critical issue.

We start with what seems like the first obvious (and important) question: How did this emerging “enablement” requirement for Section101 come about?

As best we can tell, it’s the result of what the Supreme Court’s Mayo precedent describes as Section101’s “how to” or “apply it” requirement. In revolutionizing the law of patent eligibility, Mayo emphasized that claims couldn’t merely recite an abstract idea or natural law, i.e., a patent-ineligible concept,” and say, “apply it.” E.g., Mayo Collaborative Servs. v. Prometheus Labs., Inc., 132 S.Ct. 1289, 1293-94 (2012) (setting forth two-step eligibility framework, holding claims ineligible if they “are directed to a ‘patent-ineligible concept,’ such as an abstract idea” and, if so, whether “elements of each claim both individually [or] as an ordered combination … ‘transform the nature of the claim’ into a patent-eligible application”) (citation omitted) (all emphasis added unless otherwise noted). In Mayo’s reasoning, there’s little difference between a claim instructing “apply it” and a claim reciting “insignificant post-solution activity” or conventional subject matter. 132 S.Ct. at 1297. It thus asks: “do the patent claims add enough … to allow the processes they describe to qualify as patent-eligible processes that apply natural laws?” Id. (emphases in original). And it duly requires that claims spell out “how to” apply the invention with sufficient detail that demonstrates an “inventive concept.” Id.

The Federal Circuit, for its part, has recently started referring to this Section 101 “how to” requirement in terms of whether the claims “enable ….” See, e.g., Customedia, 951 F.3d at 1365-66 (Fed. Cir. March 6, 2020). Further, this atextual Section 101 “enablement” test appears more difficult than the Section 112(a) enablement requirement recited in the Patent Act. See, e.g., id. After all, as illustrated by certain recent precedent, the Section 101 enablement test purports to confine its analysis to whether the claim text—and the claim text alone—“enables” or shows “how to” make and use the invention. See generally, e.g., id. Moreover, as applied in the Federal Circuit, the claim language must recite sufficient detail such that it demonstrates both (1) step one’s “improvement to computer functionality” or other such “improved” technology for the Mayo-Alice test; and (2) step two’s “inventive concept.” Id. at 1365-66. As seen below, the case law also appears to routinely start off analyzing the claim text alone, then ends up assessing the specification as well, using the usual source to conduct a Section 112(a) enablement test—but for a Section 101 eligibility purpose.

Accordingly, in Customedia, 951 F.3d at 1365-66, the Federal Circuit held in March 2020 that computer software-and-hardware claims were ineligible when directed to systems with a storage section “dedicated” specifically to advertising space. The court thus affirmed the Patent Trial and Appeal Board. In the court’s words, “[t]he claims of the …  patents do not enable computers to operate more quickly or efficiently, nor do they solve any technological problem.” Id. As a backstop to this Section 101-ineligibility analysis, the court incorporated the standard Section 112(a) enablement test, examining the specification and concluding that, “[t]he specification is silent as to any specific structural or inventive improvements in computer functionality related to this claimed system.” Id. As the court saw it, the “only improvements identified in the specification are generic speed and efficiency improvements inherent in applying the use of a computer to any task.” Id. And in the Federal Circuit, held Customedia, that is “not an improvement in the functioning of the computer itself” and couldn’t satisfy Mayo-Alice step one, let alone step two’s inventive concept. Id. “Thus, we conclude the Board did not err in holding the claims of the [asserted] … patents ineligible under § 101.” Id.

While reaching the same result, the court’s other recent opinions on this Section 101-enablement issue have offered certain notable qualifications. In Electronic Communication Technologies, LLC v. ShoppersChoice.com, LLC, –F.3d–, No. 19-1587 (Fed. Cir. May 14, 2020) (“ECT ”) (slip op.), for example, the court affirmed a Rule 12(c) dismissal on Section 101-ineligiblity for a patent claiming the “abstract idea of ‘providing advance notification of the pickup or delivery of a mobile thing.’” Id. at 2 (citation omitted). Citing the Supreme Court’s Alice and Bilski decisions, ECT determined that claims “directed to longstanding commercial practices” like these simply don’t “pass step one of the two-part §101 test.” Id. at 6. Nor step two. Indeed, reasoned the court, the patentee failed to demonstrate an “inventive concept,” even at a “high level of generality,” because it “merely invoke[d] well-understood, routine, conventional components and activity to apply the abstract idea identified previously.” Id. at 8.

Addressing Section 101-enablement arguments, the ECT court held further that, “patent eligibility turns on the content of the claims, not merely on the number of words recited in the claims.” Id. at 8. And “just because a patent claim is enabled does not mean that the claim is patent eligible” under Section 101, as “subject matter eligibility and enablement are separate inquiries, irrespective of any overlap between the two.” Id. at 8-9. Given that “separate-inquiry” relationship, the ECT “claim[s] only entail[ed] applying longstanding commercial practices using generic computer components and technology,” thus rendering those “claims … ineligible under §101.” Id. at 9.

These emerging developments on Section 101 eligibility and a unique “enablement” requirement, if any, are as consistent as those that elevated Sections 102-103 patentability concerns within the Section 101 eligibility challenge. Which is to say—not consistent at all. At the most basic level, moreover, it seems to us the Federal Circuit, likely en banc, should act now and confirm that there exists no basis for re-writing Section 101 and imposing a modified “enablement” test. The statutory text and structure alone make that plain:

Further, the express “enablement” (or “how to”) test that cases such as Customedia v. Dish (among others) have now suggested or forged for Section 101 purposes is enablement by the claim text alone—not the patent specification. To the extent they do as much, that is an enablement standard unknown, to our knowledge, in the annals of modern American patent law.

In short, if this emerging effort to impose such a Section 112(a) test for Section 101 purposes should succeed, the courts will have effectively overrun the above-listed statutory provisions and eroded the distinction between claim and specification. After all, with such a test, what patent applicant would leave it to chance that their normally terse claim language “add[s] enough” to “enable” and show “how to” make and use the invention? See Mayo, 132 S.Ct. at 1297. For all such claims, they likely wouldn’t. And so, the claims would no longer “tersely” recite much of anything, but instead would detail and more fully “disclose” “how to” apply the invention, inflating their length.

ECT’s Analysis is a Good Step Forward on Section 101

The Federal Circuit’s recent ECT decision appears to have sub silentio considered these principles. Indeed, ECT recognized that Section 101 eligibility and Section 112(a) enablement are “separate inquiries,” and that meeting one such inquiry doesn’t necessarily mean satisfying the other. See –F.3d–, No. 19-1587 at 8-9. That is assuredly the right path. Our view is that the court should shore up this brief ECT analysis so as to bar future panels from disregarding or straying beyond it.

Last, one might object that tailing away from this “how to” or “enablement” requirement would flout Mayo’s discussion on the claims “add[ing] enough” in order to withstand Section 101 scrutiny. But Mayo does not squarely hold that the claims alone must meet any particular aspect of the Section 101 inquiry, and the Federal Circuit has repeatedly held since Mayo–Alice that the claims, as informed by the specification, are the proper focus of the Mayo-Alice framework. See, e.g., ECT, –F.3d–, No. 19-1587 at 5 (analyzing Mayo-Alice and whether the claim is directed to an ineligible concept given what the “patent specification explains”). Further, in applying Mayo-Alice, ECT recognized that courts should read in harmony these Section 101 and Section 112 requirements, such that these provisions remain “separate inquiries” after all, not ones incorporated into each other. See id. at 8-9.

Indeed, to read and apply them otherwise would plunge Section 101 law, and patent law writ large, into greater confusion and crises, and at a time when the innovation- and investment-driving effects of the U.S. patent laws are needed more than ever.

John Battaglia s an accomplished first-chair trial lawyer, appellate lawyer, and former US Justice Department lawyer who has successfully tried to verdict a broad array of civil and criminal cases. While the [...see more]