Are Machines ‘Agents’ for Purposes of the Patent Venue Statute? (Part II)

“As technology evolves, and especially as artificial intelligence becomes smarter, plaintiffs will present new and creative arguments that the defendants have established a ‘regular place of business’ in a certain jurisdiction.” 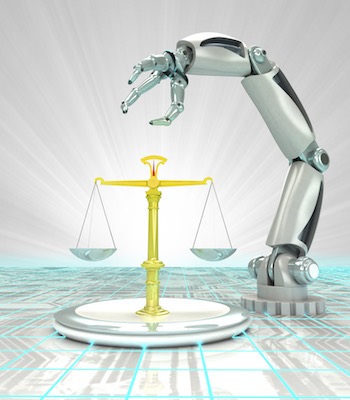 Part I of this article provided an overview of the Federal Circuit’s understanding of the patent venue statute after the Supreme Court’s decision in TC Heartland, and especially the meaning of In re: Google LLC, 949 F.3 1338 (Fed. Cir. 2020) (“SIT”) in this analysis. Part II of the article will address the impact that “machines” may be considered a factor in the analysis of whether venue in a patent infringement can be asserted in a particular location, as raised by the court in Personalized Media Communications LLC v. Google, Netflix, 2:19-CV-00090-JRG (Lead Case).

A Question of Agency

In Personalized Media, Google and Netflix challenged that venue was proper in the Eastern District of Texas. Google and Netflix have argued that their servers and the rack space that they occupy, which are operated by internet service providers (ISPs), do not represent a regular established place of business. Although the specific facts surrounding Google and Netflix’s position are not that clear because much of the content of their pleadings is redacted, the facts appear to be similar to what the plaintiff argued in SIT, and which was rejected by the Federal Circuit. However, as noted above, Judge Gilstrap of the Eastern District of Texas issued an order that, among other things, required the parties to answer by February 27, 2020 the question: “Under what conditions a ‘machine could be an agent,’ and whether any such agent of Netflix or Google exists within the Eastern District of Texas?”

In answering this question, Personalized Media (PM ) argued that on well-established agency principles Google’s Google Global Cache (GGC) servers are agents of Google and that Congress never distinguished “between automated methods of conducting business and business conducted by humans, and in enacting the America Invents Act (AIA), Congress assumed that the patent venue statute did cover machine-conducted business,” citing that the AIA specifically exempted “ATMs for purposes of § 1404(b).” PM also asserted that the “concept of machine agents is not novel and owes much to the common law of agency.” Indeed, according to one of the authorities cited by PM, “it seems prudent to look at the same body of law [of agency] to inform, although perhaps not to govern absolutely, the relationships between people and their software agents.”

Next, as noted, while the application of this argument to the facts of that case is not entirely clear because much of the argument is redacted, PM writes that “[t]he close association between Google’s business model and the GGC’s function reflects the underlying fiduciary purpose of the principal-agent relationship: Google deploys GGCs to act in Google’s interest and on Google’s behalf.” The next portion of the argument is unfortunately redacted, but PM concludes by comparing the GGC servers, which provide media content to Google’s users, and movie rental kiosks, which supply similar entertainment on physical media. Finally, PM argues that service on Google’s servers is permitted by Rule 4 of the Federal Rules of Civil Procedure that permits service by “following state law … in the state where the district court is located or where service is made.” Under Texas Rule of Civil Procedure 106(a) service is permitted “in any other manner that the affidavit or other evidence before the court shows will be reasonable effective to give the defendant notice of the suit.” This means “that leaving a summons with an employee at an ISP location hosting a GGC server or following any other method for effecting service that the court considers reasonable, would satisfy the requirements of 28 U.S.C. § 1694.”

In its supplemental brief in support of its motion to dismiss for improper venue, Netflix said categorically that “as a matter of law, machines cannot be agents.” According to Netflix “’an agent’ must have the capacity to (1) act on the principal’s behalf and subject to the principals’ control and (2) manifest assent or otherwise consents to act,” and “although a machine may be susceptible to control, it lacks sufficient cognizance to voluntarily consent to act on behalf of a principal an appreciate the implications of fiduciary responsibilities arising from an agency relationship. Only sentient beings can voluntarily give (or not give) consent. Thus, treating machines as agents would be a significant departure from longstanding agency principles.” Netflix also pointed out that in the patent “venue” context “agents must be capable of receiving service of process under 28 U.S.C. § 1694 and that statute cannot “be construed to encompass serving machines.” Netflix also claimed that Congress enacted § 1694 in 1897, “the same year that the first patents on the ice cream scoop and the engine muffler issued. . . and there is nothing in the legislative history to indicate that this nineteenth-century Congress contemplated serving complaints on these machines—much less that they contemplated that service would be appropriate on classes of machines that had not yet been invented.”

Netflix also stated that after “rigorous searching it could not find a single case that held that machine could be an agent. Finally, Netflix asserted to hold otherwise and to allow computers to act as agents under the patent venue statute would violate the principle that courts cannot “ignore the requirements of the statute merely because different requirements may be more suitable for a more modern business environment.” In short, the end-user devices at issue in this case “cannot consent to an agency relationship [and] … cannot accept service of process. Thus, they cannot be agents under the patent venue statute.”

As a preliminary matter, Google argued that the Federal Circuit’s statement whether “a machine could be an agent” is dicta and should not be considered by the court. Regardless, according to Google, technology has not “advanced to a place where a machine could ‘consent’ to be controlled by the principal. That technological and legal future has not yet arrived.” Google also argued that the Federal Circuit would first have to explicitly recognize that “service could be made on a machine pursuant to 28 U.S.C. § 1694” and the Federal Rules currently did not provide an explicit process by which service can be made upon a machine.

Too Large a Step

On balance, it seems likely that the Federal Circuit, should it ultimately be faced with this issue, at this time would conclude that machines cannot serve as agents for the purpose of the patent venue statute. Most courts are conservative by nature, and it is just too large a step for the Federal Circuit to undertake at one time. It seems more likely that the court will take a number of “baby” steps that could result in the same outcome. Indeed, we are not that far from where a machine, such as a server, meets the definition of an agent, that is, to (1) act on the principal’s behalf and subject to the principal’s control and (2) manifest assent or otherwise consent to act on behalf of the principal. The Restatement of Agency provides that the agent must “manifest assent or otherwise consent to act,” and further explains that this requirement is satisfied “when the agent performs the service requested by the principal following the principal’s manifestation.”

Even today, many machines probably meet this definition of an agent; humans rely on computers for directions and stock trades to make decisions. Further, for example, in many respects a self-driving vehicle is acting as an agent of the owner of the automobile. The car has been programmed by its manufacturer to act on behalf of the occupant of the vehicle (the “principal”) and by its operation it has arguably consented to act on behalf of the principal (“performs the service requested by the principal following the principal’s manifestation.”). In the same way, Google can program its servers, should it wish to do so, to consent to accept service on its behalf.

In any event, as technology evolves, and especially as artificial intelligence becomes smarter, plaintiffs will continue to present new and creative arguments that the defendants have established a “regular place of business” in a certain jurisdiction. In addition to traditional offices and manufacturing facilities, courts will have to decide whether servers and other computer equipment may qualify as the owner’s place of business for venue purposes. While plaintiffs may no longer have the pre-TC Heartland level of control as to where to bring a patent infringement lawsuit, companies—especially companies with strong connections—should still seriously consider what may constitute a regular place of business in this changing legal landscape. The failure to do so may lead to facing a patent infringement lawsuit in a jurisdiction that they regard as unfavorable. In particular, companies should pay close attention to their relationships with third-party vendors and whether is possible to structure these relationships with such entities in order to reduce the likelihood that the location will be deemed a supportable venue for patent litigation. As more and more companies move at least part of their operations online, especially now in response to the COVID-19 crisis, companies, as part of this process, should consider whether this will increase the chances that they will be sued in a district that they regard as unfavorable. In any event, it is almost certain that as district courts struggle with this issue, there will be more case law developing around what constitutes a “regular and established place of business,” in general, and whether and to what extent a machine can be an agent for venue purposes.