Held: Under 35 U.S.C. §  287, a patentee is permitted to inform a potential infringer of the existence of its patent, and a court may only enjoin the patentee from such communication if the patentee has acted in bad faith. 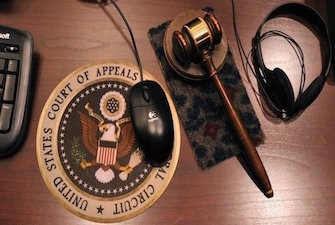 The Federal Circuit recently reversed, vacated, and remanded a decision by the United States District Court for the Eastern District of Michigan, finding that the District Court had abused its discretion when it granted a preliminary injunction enjoining BlephEx, LLC from making allegations of patent infringement without a finding of bad faith and with no adequate basis to conclude that allegations of patent infringement would be false or misleading. See Myco Indust., Inc. v. BlephEx, LLC, No. 2019-2374, 2020 U.S. App. LEXIS 10510 (Fed. Cir. Apr. 3, 2020) (Before Newman, O’Malley, and Taranto, Circuit Judges) (Order for the Court, O’Malley, Circuit Judge).

The case arrived at the Federal Circuit by way of appeal by BlephEx after the District Court granted a motion for preliminary injunction filed by Myco Industries, Inc. Myco alleged that BlephEx had engaged in unprotected speech by making false and misleading claims that Myco’s product, the AB Max, had infringed the claims of U.S. Patent No. 9,039,718 (’718 patent) owned by BlephEx.