“The CAFC noted that a patent may be evidence in support of a plaintiff’s trade secret misappropriation allegations, ‘but the mere presence of the patent does not create a substantial issue of patent law.’” 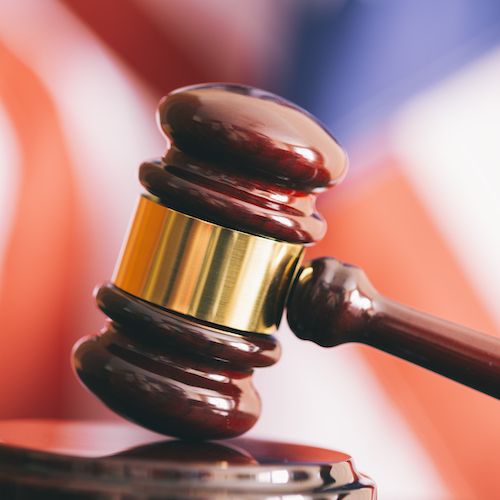 In a precedential opinion, Intellisoft v. Acer, the Court of Appeals for the Federal Circuit (CAFC), in a decision authored by Judge Dyk, held that the United States District Court for the Northern District of California (the district court) erred in refusing to remand a case where removal was improper under 28 U.S.C. § 1441 and §1454.  Intellisoft, Ltd. (Intellisoft) and its president Bruce Bierman sued Acer in a California state court, asserting misappropriation of trade secrets. Acer removed the action to the District Court and plead a patent inventorship counterclaim under federal law. The district court denied Intellisoft’s motion to remand and entered final judgment in favor of Acer.

During the course of a business relationship and subject to a non-disclosure agreement (NDA), Intellisoft allegedly shared with Acer trade secret information regarding its computer power management technology. Under the NDA, Acer was restricted from “manufactur[ing] parts or components incorporating the Confidential Information.” Acer later applied for and became the owner of U.S. Patent No. 5,410,713 (“the ’713 patent”), which was directed to power management system for a personal computer including a power management processor, a switchable power supply and a keep alive power supply. In 2014, Intellisoft filed suit against Acer in a California state court asserting that Acer misappropriated their trade secrets by disclosing them in the ’713 patent and related patents. During the proceedings, Intellisoft presented expert testimony that the trade secret information disclosed in the ‘713 patent was developed by Bierman, who the expert noted “should have been named [at least] as a co-inventor” of the patent. Acer filed a cross-complaint seeking a declaration that Bierman was “properly not named” as an inventor of the ‘713 patent and was “not entitled to an inventorship correction under 35 U.S.C. § 256.”

In 2017, Acer removed the action to the district court under “(1) 28 U.S.C. § 1441 providing removal of an action which the district court would have original jurisdiction and (2) 28 U.S.C. § 1454 providing removal of an action where a party asserts a patent counterclaim.”  In particular, Acer asserted that original jurisdiction was proper because Intellisoft’s state law claim for trade secret misappropriation arose “under federal patent law—specifically, 35 U.S.C. § 256.”  Acer’s basis for section 1454 removal was its cross-complaint that alleged a patent inventorship claim.

Intellisoft moved to remand the action to state court, asserting the state trade secret claim did not require determination of inventorship under federal patent law and Acer’s cross-complaint was not “’[o]perative’ due to Acer’s failure to obtain leave of court.”  The district court denied the motion to remand and held that section 1441 removal was proper because the case “boil[ed] down to an inventorship dispute” and “the statute did not require the patent counterclaim to be pleaded in an operative pleading.”  The district court reasoned that Intellisoft failed to prove that Bierman was an inventor of the ‘713 patent and, therefore, could not establish trades secret ownership and damages. Thus, the district court entered summary judgment in favor of Acer. Intellisoft appealed to the CAFC asserting that removal was improper and requesting a remand to the state court.

Despite Acer’s contentions, the CAFC found that Intellisoft’s trade secret misappropriation claim did not “necessarily” raise patent law issues that would result in district court original jurisdiction. The CAFC first noted that ownership of a trade secret under state law does not require proof of patent ownership. Intellisoft’s burden was to “satisfy the ownership standards for trade secrets under California law rather than to prove that Bierman is the inventor of the ’713 patent.”  The CAFC further noted that there was no need to establish patent infringement in order to prove trade secret misappropriation. “The ’713 patent family was only being used as evidence to support Intellisoft’s state law claims” and no claim construction or proof of infringement was needed. The CAFC also explained that the damages issue did not necessarily require resolution of the patent law issues. Citing Uroplasty, Inc. v. Advanced Uroscience, Inc., the CAFC noted that a patent may be evidence in support of a plaintiff’s trade secret misappropriation allegations, “but the mere presence of the patent does not create a substantial issue of patent law.” Thus, the CAFC held that the state law claims should not have been removed under section 1441.

The CAFC also addressed whether removal was proper under section 1454 because of Acer’s inventorship counterclaim. Explaining that Acer did not obtain leave to file the cross-complain as required, the CAFC noted that cross-complaint was not a legally operative pleading when Acer removed the action. Thus, the CAFC held that the cross-complaint was never “asserted” under section 1454 and there was no basis for removal under 1454. The CAFC vacated the district court’s judgment and reversed the denial of Intellisoft’s motion to remand.