“The coronavirus situation highlights a unique tension in the patent system, which can at once incentivize and spur research and development activities in response to a health crisis and also draw the ire of public health advocates, who see patents as barriers to better patient health outcomes.” 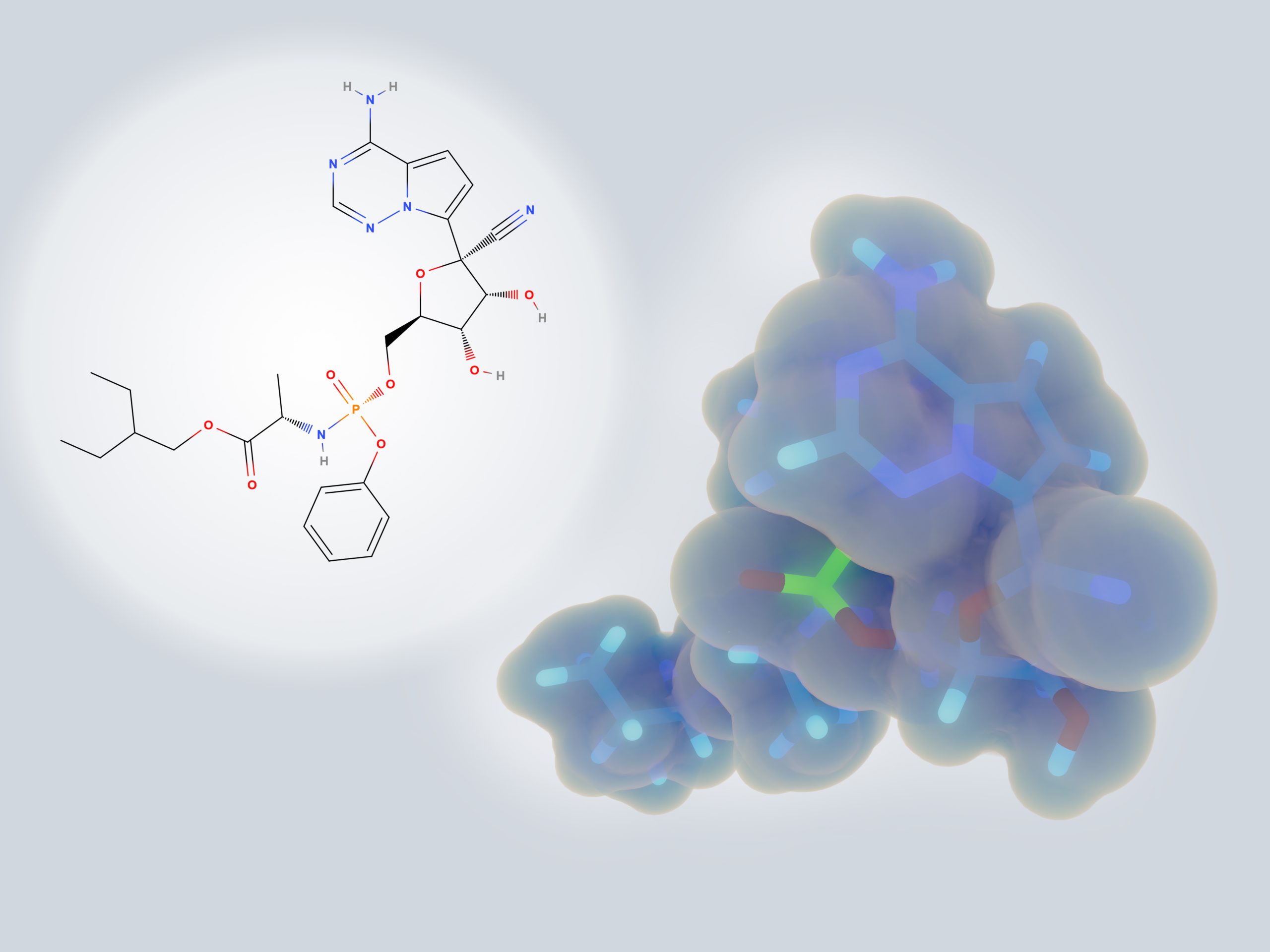 Since China announced the first fatality caused by a virus about which little was known at the time, coronavirus and the disease it causes, COVID-19, has grown to pandemic proportions. In the less than three months since that first death, this new strain of the severe acute respiratory syndrome-related (SARS) coronavirus has shuttered social gatherings, precipitated a mandatory work-from-home revolution and decimated large parts of the world’s economy. As of the afternoon of March 27, the Coronavirus Resource Center at Johns Hopkins University reports that more than 585,000 cases of COVID-19 infection have been confirmed worldwide, resulting in a total of 26,819 deaths. Those figures have been increasing exponentially each day.

According to the statistics we have from China and Italy, the vast majority of people who contract COVID-19 exhibit flu-like symptoms, the virus has proven to be most dangerous to adults aged 60 or older, as well as individuals with underlying health conditions. About 15 percent of all COVID-19 infections lead to severe symptoms of respiratory disease. In the United States, the virus seems to be affecting young people quite aggressively as well. No cures or treatments for COVID-19 currently exist, forcing much of the developed world to adjust to the new normal of socializing via webcam and spend their weekends watching sports broadcasts from years past.

The Race is On

On March 20, the World Health Organization (WHO) announced that it would be implementing a global clinical trial of several antivirals, including ones that have been previously used to treat malaria and HIV. As COVID-19 has grown into a threat to national security across the world, many countries have stepped up their support of vaccination research programs. A recent New York Times article discusses a number of such efforts, mainly those involving government-backed research in China and European research firms which receive public funding.

By late March, however, a couple of U.S. companies had announced that their COVID-19 research had led to the filing of patent applications covering methods of treating patients infected with the coronavirus. On March 20, Houston, Texas-based Moleculin Biotech issued a press release about a patent application covering the use of the inhibitor compound WP1122 to limit coronavirus replication in patients. WP1122 is a compound in Moleculin’s cancer drug portfolio developed to target highly glycolytic tumors which are difficult to treat, including brain tumors and pancreatic cancer. WP1122 disrupts the metabolism of glucose which, along with depriving cancer cells of energy, could also do the same for cells hosting COVID-19 and possibly improve immune system response.

On March 23, Jackson Center, PA-based Premier Biomedical announced that it would have exclusive rights to practice a method of treating COVID-19 infection being patented by a company executive. The method involves the use of antibodies targeting COVID-19 replication pathways, allowing the coronavirus to be removed through an extracorporeal blood treatment performed at a clinic. The treatment leverages Premier Biomedical’s previous technological developments designed to remove blood-borne antigens from patients. It also reduces the risk of the development of cytokine storms, a form of autoimmune disorder involving activated white blood cells which can cause respiratory inflammation when COVID-19 enters the lungs.

While some firms have been filing for patents to protect their coronavirus treatment innovations, others have faced ultimatums by government to hand over their IP rights during this time of global crisis. By March 19, Israeli’s Ministry of Justice announced that a generic version of AbbVie’s HIV treatment Kaletra has been approved for importation into that country despite the fact that AbbVie’s patent protection for Kaletra in Israel doesn’t expire until 2024. According to reports, this is the first time that the Israeli government has exercised the section of the country’s 1967 patent law that allows the approval of generic versions of patent-protected medicines. In an official company statement, AbbVie announced its intention to dedicate its Kaletra IP to the public in response to the COVID-19 health crisis.

Around the same time, The Jerusalem Post published an article discussing an uptick in patent filing activity from Israeli firms developing diagnostic tools and treatments designed to help the world get a handle on the COVID-19 pandemic. The situation highlights a unique tension in the patent system, which can at once incentivize and spur research and development activities in response to a health crisis and also draw the ire of public health advocates, who see patents as barriers to better patient health outcomes.

and Here in the United States, the political debate surrounding rising consumer drug prices in recent years has cast patents in a poor light. In Capitol Hill committee hearings and law proposals alike, lawmakers have largely turned their efforts towards destroying patent thickets and preventing the use of evergreening techniques by drug companies. Along with broader industry regulations, attempts to rein in patent rights protecting pharmaceuticals have often focused on a particular drug in the activist spotlight at a given time, such as has been the case for Gilead Sciences’ Truvada HIV pre-exposure prophylactic (PrEP) treatment. The U.S. government has also become involved, asserting patents owned by the Department of Health and Human Services and covering aspects of Truvada against Gilead in an attempt to force a licensing arrangement for the HIV treatment.

Gilead has also been called upon to act during the COVID-19 outbreak, thanks to its patent rights to the antiviral compound remdesivir, which has been investigated as a potential treatment for coronavirus patients. First developed as a potential treatment for patients with Ebola, remdesivir has been used to treat patients having previous strains of coronavirus, such as SARS or Middle East respiratory syndrome (MERS). In late February, the National Institutes of Health (NIH) sponsored the first clinical trial in the U.S. evaluating the use of remdesivir to treat COVID-19 in hospitalized patients. On March 22, Gilead announced that it would severely restrict patient access to remdesivir because of overwhelming demand for the antiviral compound. However, a few days later, Gilead reportedly asked the U.S. Food and Drug Administration (FDA) to rescind orphan status for remdesivir, indicating that the company was prepared to expedite production of the drug without the corporate benefits bestowed by orphan drug status. Gilead has also faced issues with competing patent rights in China, where the Wuhan Institute of Virology, located near the epicenter of the COVID-19 outbreak, has filed patent applications covering the use of remdesivir in combination with an antimalarial treatment.

With the world’s attention focused on the global outbreak of COVID-19, research leading towards a cure has supported a major uptick in the amount of scientific literature in the field. A survey of scientific publications by the American Chemical Society (ACS) found that, between the end of December 2019 and through February 24 of this year, a total of 500 journal articles related to COVID-19 have been published. COVID-19’s close family relationship with SARS and MERS also led ACS to survey patents related to those earlier coronavirus outbreaks. The ACS patent survey found that, of the more than 2,000 patents related to SARS and about 175 patents related to MERS, the majority of issued patents cover antiviral treatments, outpacing patent grants for vaccines or diagnostic tests. Along with remdesivir, the ACS study notes other existing drugs with potential uses against COVID-19 including lopinavir, the active ingredient in AbbVie’s Kaletra, and the broad spectrum antiviral Arbidol.

Patents in a Pandemic

Israel may not be the only country exercising means for subverting patent rights as a responsive measure to the COVID-19 pandemic. By mid-March, Ecuador’s National Assembly approved a proposed resolution that would enable that country’s government to establish a compulsory licensing framework for patents covering medical technologies related to COVID-19. Here in the United States, the Senate passed a $2.2 trillion economic package to deal with the coronavirus crisis, including more than $1 billion earmarked for federal medical research projects.

With so much money and energy being thrown at the noble cause of solving an international pandemic, it’s clear that an effective treatment or cure will be developed in the hopefully not-too-distant future. However, the world’s response to patent rights in the face of such a health crisis gives a strong indication that such rights could be trampled underfoot on the path towards ridding the globe of COVID-19.