It is with great sadness that I inform the intellectual property law community of the passing of the Honorable Gerald J. Mossinghoff on March 20, 2020.  He was 84 years old.  I knew Gerry for more than 37 years, first as a Patent Examining Group Director when he was the Commissioner of Patents and Trademarks at the U.S. Patent and Trademark Office (USPTO) in the Reagan Administration, then as a colleague at the Oblon firm, where I was a partner and he a Senior Counsel.  He was a cherished friend.  We will miss him dearly.

A Long History of Service to the IP Community 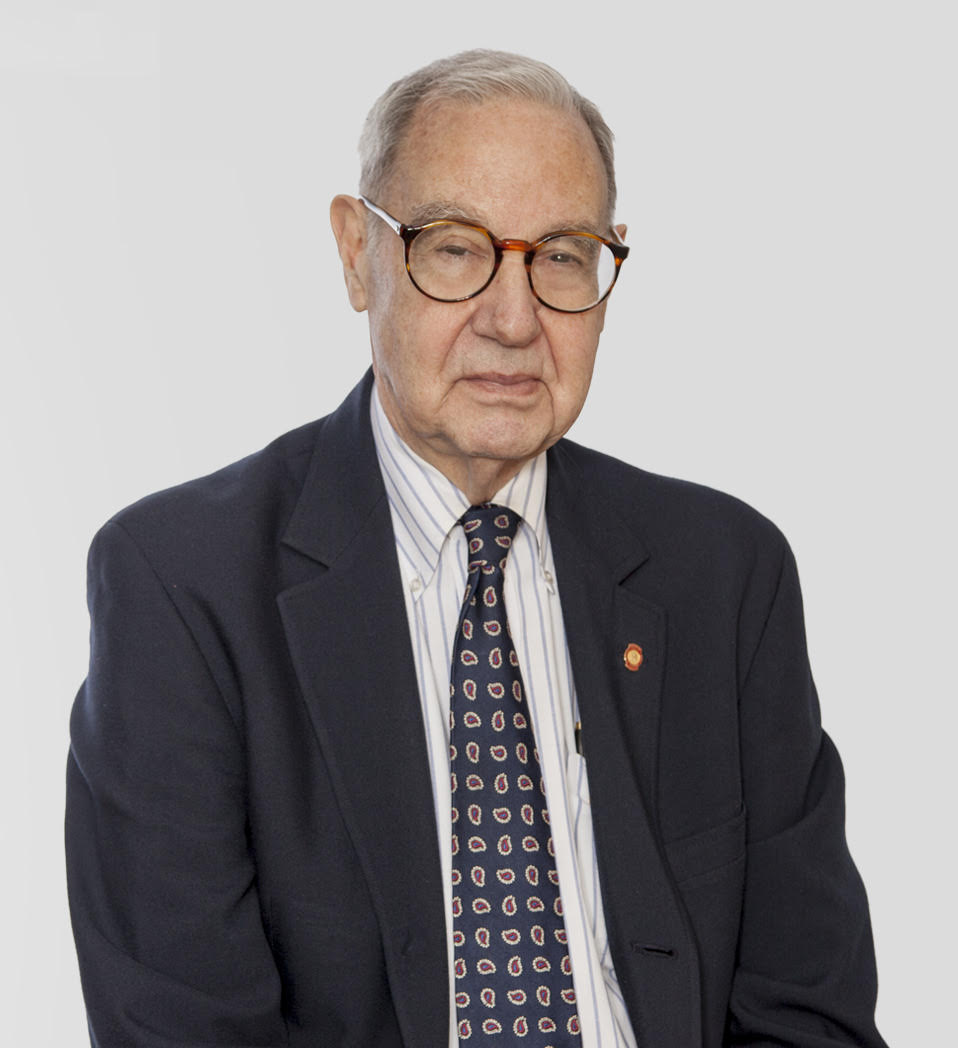 Gerald J. Mossinghoff was born in St. Louis on September 30, 1935. He received a bachelor’s degree in electrical engineering from St. Louis University and a law degree from George Washington University.

He worked four years as an examiner at the USPTO, starting in 1957, before leaving to join a law firm. He returned to government service for a series of jobs including the post of director of legislative planning at the USPTO. Later, at the National Aeronautics and Space Administration, he rose to the position of deputy general counsel.

President Ronald Reagan appointed Mossinghoff Commissioner of Patents and Trademarks, and he took the oath of office on July 8, 1981. The next year, Congress changed the title to Assistant Secretary of Commerce and Commissioner of Patents and Trademarks, and Mossinghoff reported directly to the Secretary of Commerce.

Among his many other affiliations and accolades, Mossinghoff also served as President of the Pharmaceutical Research and Manufacturers of America. In 2007, he was inducted into the Intellectual Property Hall of Fame.

Automating and Improving the USPTO

Mossinghoff urged more automation for the USPTO. In 1981 the office installed a computer search device in the public search room that enabled the public to electronically search the first pages of all patents granted since 1971. The next year, the office introduced word processors to eliminate the unpopular, cost-cutting practice of sending handwritten letters to patent applicants instead of having typists prepare letters for examiners using manual typewriters and carbon paper.

In 1982, the USPTO submitted a master plan to Congress calling for complete automation of the office’s operations by 1990. In 1983, the office introduced a computer system to provide up-to-date information on active trademarks and pending trademark applications.

Mossinghoff announced that the office would reduce patent backlogs with an “18 by 87” plan, meaning the waiting time would be cut to 18 months by 1987. A companion “3/13” plan for trademarks would achieve three months to first examination and 13 months to registration by 1985.

Congress passed landmark legislation in 1982 to establish the Court of Appeals for the Federal Circuit. The measure had strong support from the Reagan Administration and the private sector. For the first time, patent infringement and validity issues were appealable from U.S. district courts to a single federal appeals court. Previously, district court appeals were taken to 12 regional appeals courts, causing a notorious lack of uniformity in patent law.

At Mossinghoff’s urging, Congress passed legislation raising patent and trademark fees substantially in 1982, with the goal of having users pay the full cost of operating the USPTO in return for better service. The trademark examining units were reorganized into “Law Offices” that year, and trademark examiners were given the new title Trademark Examining Attorneys.

In 1983, the USPTO hosted the first Trilateral meeting with the Japan Patent Office and European Patent Office. The Trilateral Patent Offices became a permanent group that cooperated on patent system improvements. Also during Mossinghoff’s tenure, USPTO officials began serving as heads of U.S. delegations at international copyright meetings. The Copyright Office, in the legislative branch of government, was an advisor.

Mossinghoff will be missed by all, but his many contributions to IP law and practice will live on.

Stephen Kunin Mr. Kunin is a Partner at Maier & Maier PLLC, where he specializes in all areas of patent practice. His expertise includes post-issuance proceedings at the United States Patent Office, [...see more]