“Broadcom alleges that the patent claims at issue in this lawsuit cover crucial aspects of the Netflix streaming service, including systems for reliable content delivery with minimal interruptions, efficient server resource use and encoding content in formats compatible with client devices accessing the Netflix service.” 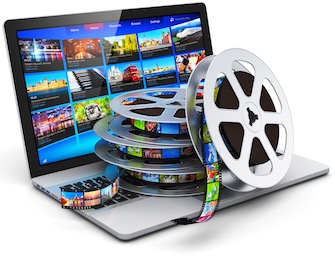 On March 13, American semiconductor developer Broadcom Corporation filed a lawsuit in the Central District of California  alleging claims of patent infringement against streaming media producer and provider Netflix, Inc. At a moment in history when streaming services are going to be in higher demand than ever for some time due to social distancing mandates, the complaint marks the first chapter in what could become an interesting legal battle involving dynamic networking and video encoding patent claims. If Netflix is found to infringe, the streaming video giant could ultimately be facing a large verdict.

Broadcom is asserting claims from nine U.S. patents and accuses Netflix of directly infringing the patent claims through its Internet video streaming technology and indirectly infringing by inducing end users to infringe through their use of the Netflix software application:

Broadcom alleges that the patent claims at issue in this lawsuit cover crucial aspects of the Netflix streaming service, including systems for reliable content delivery with minimal interruptions, efficient server resource use and encoding content in formats compatible with client devices accessing the Netflix service. Broadcom further alleges that Netflix’s infringing use of the patented technologies has helped the company draw consumers away from the traditional cable television services market, resulting in a substantial reduction to Broadcom’s set top box business.

According to the complaint, Broadcom had informed Netflix of its infringement allegations by late September of last year for all the patents asserted except for the ‘283 patent. Although in-person licensing discussions, in which Netflix didn’t dispute Broadcom’s infringement contentions, took place by late October, Broadcom filed suit after those licensing talks broke down.

Broadcom’s infringement allegations focus on various aspects of Netflix’s networking infrastructure used to respond to user requests for streaming video content. Netflix allegedly infringes the ‘079 patent claims, for example, through operation of a content delivery network utilizing a global network of thousands of Open Connect Appliances (OCAs) that serve segments of requested media files to client devices in a way that “balanc[es] transmission unit traffic over network links” as claimed by the patent. Similarly, Netflix allegedly infringes the ‘121 patent claims through its content delivery network’s dynamic selection of OCA nodes to improve the quality of video playback in response to changing network conditions.

In its claims for relief, Broadcom notes that both the ‘387 patent and the ‘663 patent have been upheld as claiming patent-eligible subject matter under 35 U.S.C. § 101 by U.S. District Judge James Selna in a previous patent case filed by Broadcom against Sony Corporation in Central California. That case ended in June 2017 after a joint motion to dismiss was filed by both parties. In upholding the ‘387 patent, Judge Selna found that the patent’s claims attempt to improve the functioning of video compression and decompression techniques and “do not simply use general computers to perform abstract ideas.” Judge Selna also upheld the ‘663 patent’s validity after finding its claims to be directed to improving digital video decoding and not abstract ideas.

Three of the patents asserted by Broadcom have been challenged through a total of five petitions for inter partes review (IPR) proceedings at the Patent Trial and Appeal Board (PTAB). Both the ‘663 patent and the ‘387 patent have been challenged twice at the PTAB. In the cases for both of these patents, IPRs brought by Advanced Micro Devices were settled prior to the institution phase while the PTAB denied institution to the IPRs brought by Amazon. Amazon also challenged the ‘375 patent with an IPR petition but that petition was also denied at the institution phase. While Advanced Micro Devices has not been named as a defendant in any of the district court cases brought by Broadcom asserting either the ‘663 or ‘387 patents, all three patents challenged by Amazon were asserted against it by Broadcom in a Central California suit dismissed by Judge Selna in October 2017 after Broadcom and Amazon settled their litigation.