“The offer of a royalty-free license to any third party working on diagnostics tests directed to COVID-19 is a generous response not only to bioMerieux, not only to all the biopharma companies working on COVID-19, but to everyone, period. We all have an interest in this issue, as the world around us shutters.” 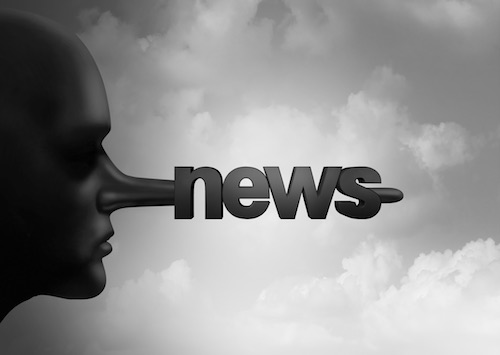 Some people just hate patents and patent owners, we know that. But when tragedy is used to misinform and to advance an ideological agenda, we should all be able to agree that crosses a line.

Unfortunately, some simply cannot help themselves but to use every opportunity – real or imagined – to take a cheap shot at a patent owner for having the audacity to seek to enforce patent rights, so it should come as no surprise that false and misleading reports would surface in the life sciences world relating to the latest coronavirus (named SARS-CoV-2) and the disease it causes (named “coronavirus disease 2019” abbreviated COVID-19). It was only a matter of time.

The true story begins in 2018, when Fortress Investment Group acquired the patent assets of Theranos Inc. Fast forward to March 9, 2020, when Labrador Diagnostics LLC filed a patent infringement lawsuit against BioFire Diagnostics, LLC and bioMerieux S.A., asserting U.S. Patent No. 8,283,155 and U.S. Patent No. 10,533,994, patent assets acquired by Fortress Investment Group from Theranos. This patent infringement lawsuit was not directed to testing for COVID-19, and instead focuses on activities by the defendants over the past six years that are not in any way related to COVID-19 testing.

Subsequently, two days after being sued for infringing the ‘155 patent and the ‘994 patent, on March 11, 2020, bioMerieux announced the forthcoming launch of three different tests “to address the COVID-19 epidemic and to meet the different needs of physicians and health authorities in the fight against this emerging infectious disease.”

Once bioMerieux made this announcement on March 11, Fortress and Labrador became a virtual punching bag on the Internet for having the audacity to sue a company that is working on finalizing the development of a test for SARS-CoV-2. Those calling Fortress and Labrador “patent trolls” – and worse – are placing an extraordinarily heavy and unrealistic burden on patent owners. Apparently, if you are a patent owner you are a patent troll unless you are able to tell the future.

Seriously, how were Fortress and Labrador supposed to know that bioMerieux was going to announce two days AFTER being sued that they were working on a test to address the COVID-19 epidemic? And what difference does it make if bioMerieux is pursuing a test for SARS-CoV-2 if they are being sued for other unrelated activities that infringed the ‘155 patent and the ‘994 patent? But there I go interjecting facts into what is supposed to be the lynching of a patent troll by people who hate patents and patent owners and will use any cheap shot they can to malign, mislead and misinform the public.

Notwithstanding this faux outrage and objectively unfair criticism, as soon as Labrador learned that bioMerieux was working on a test for SARS-CoV-2, the company promptly wrote to the defendants offering to grant them a royalty-free license for such tests. But Labrador didn’t stop there. Early yesterday the company also announced that it will offer royalty-free licenses to any third party to use its patented diagnostics technology for tests directed to COVID-19.

The offer of a royalty-free license to any third party working on diagnostics tests directed to COVID-19 is a generous response not only to bioMerieux, not only to all the biopharma companies working on COVID-19, but to everyone, period. We all have an interest in this issue, as the world around us shutters and we attempt to engage in social distancing to curtail the spread of the virus and work to the greatest extent possible to get past this episode and back to normal. It is heartening to see such corporate generosity during this time of national and global adversity.

“Labrador fully supports efforts to assess and ultimately end this pandemic and hopes that more tests will be created, disseminated, and used to quickly and effectively protect our communities through its offer of a royalty-free license during the current crisis,” the press release issued yesterday explained.

Labrador’s actions suggest that is precisely the case; they are all in and are putting their patents to work without the expectation of remuneration. That doesn’t sound like a patent troll to me.