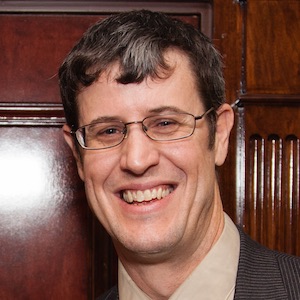 The latest episode of the Clause 8 podcast features an interview with Josh Malone – the inventor of Bunch O Balloons and America’s foremost advocate for reliable patent rights. Josh came up with the idea for Bunch O Balloons to help his kids fill up 100 water balloons in less than one minute. It eventually became the most popular toy in America. However, before Bunch O Balloons even came to market, another company copied it and started selling its own versions of the product. Luckily – or so he thought at the time – Josh filed a patent application for his Bunch O Balloons invention. He did not know the enormous amount of time, money, and luck it would take to successfully enforce patents that covered his invention. This episode tells the story of what it took, including taking a trip to Bentonville, AR in the middle of the night to try to convince Walmart to stop selling knock offs of his product.

During this episode, Josh talks about:
• getting involved in the making of the documentary Invalidated that featured his story;
• the process of innovation that allowed him to invent one of America’s most popular toy products;
• strategies that he used to get patent protection for his innovation;
• the process of successfully licensing an invention for a physical product;
• how the “As seen on TV” company Telebrands copied his product and continued doing so after losing multiple court decisions;
• the patent litigation strategy that he pursued to ultimately reach a successful settlement;
• the role that the US Patent’s Office played during the Patent Trial and Appeal Board (PTAB);
• why he decided it was necessary to launch a PR campaign for patent rights and advocate for those rights on Capitol Hill and elsewhere in Washington, DC – including by literally burning patents outside of the US Patent Office;
• the enormous financial and psychological toll on inventors trying to enforce patent rights;
• the shortcomings of contingency fee arrangements and litigation financing;
• advice to other innovators who are thinking about getting patent protection; and
• much more!