“The case is further evidence that ‘Section 101 has devolved into a Section 103 analysis without any of the protections of Section 103 – e.g., the rule against using hindsight, needing a motivation to combine art, and secondary considerations, such as commercial success.’” – Rently counsel Rudy Telscher 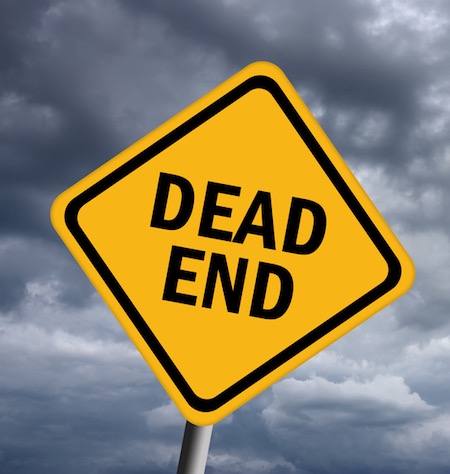 Last week, the U.S. Court of Appeals for the Federal Circuit issued a Rule 36 judgment in a patent eligibility case, Consumer 2.0, Inc. v. Tenant Turner, Inc., No. 19-1846 (Fed. Cir. 2020). The ruling affirmed the findings of the U.S. District Court for the Eastern District of Virginia that the claims of a patent for a “method employing a combination of hardware and software for secure, automated entry of real property” were invalid for being directed to an abstract idea and, thus, were ineligible for patent protection under 35 U.S.C. § 101. The patented method essentially allows a user to enter a “durational” – rather than static – code on a lockbox in order to view a rental property without a realtor being present.

In July 2018, Consumer 2.0, Inc., d/b/a Rently, filed a complaint alleging infringement of U.S. Patent No. 9,875,590 (the ‘590 patent) against Tenant Turner, Inc (Tenant). The following month, Tenant filed a Motion to Dismiss, asserting that the ‘590 patent claims were patent ineligible under 35 U.S.C. § 101. The district court held that the asserted claims of the ‘590 patent were invalid as being directed to an abstract idea. In response, Rently filed a Motion for Leave to file an amended complaint and a Motion to Alter or Amend the Judgment. The district court denied both of Rently’s motions, stating that “allowing the Proposed Amended Complaint would be futile insofar as it would not survive a motion to dismiss for patent ineligibility under step two of Alice.” Rently appealed to the Federal Circuit, ultimately resulting in the Rule 36 judgment affirming the district court holdings.

The ‘590 patent is titled Automated Entry and claims a method employing a combination of hardware and software for secure, automated entry of real property. The district court applied the two-step framework as set forth by the Supreme Court in Mayo Collaborative Services v. Prometheus Laboratories. Inc. 566 U.S. 66 (2012) and Alice Corp. Pty. v. CLS Bank Int’l. 134 S. Ct. 2347 (2014).  In assessing whether the asserted claims of the ‘590 patent describe a patent-ineligible concept in accordance with the first step of the framework, the district court found that the claims were directed to an abstract idea since the “claims use generic computing devices and techniques to provide automated entry to a property without human interaction.”

Moving on to the second step of the framework, the court considered whether the claims contained “an inventive concept” to “transform the nature of the claim into a patent-eligible application.” Concluding that they did not, the court reasoned that the claims included pre-existing and generic components “arranged in a conventional manner to execute the undoubtedly conventional functions of identity verification, time-sensitive code-generation, remote automated access, information collection and display, and the use of database tables.”

In its brief on appeal to the Federal Circuit, Rently argued that the district court misunderstood the patented invention and the prosecution leading to the issuance of the asserted claims. In particular, Rently asserted that the court erroneously determined that the asserted claims of the ‘590 patent recited a generic lock box, rather than a “technology-enabled” lock box capable of recognizing “automated entry information.” Further, Rently argued that the claim 7 limitation “upon the visitor providing the code information to the lock box or automated door lock within the specified period of time, the lock box or automated door lock opening to facilitate automated entry to the property” was sufficient to establish that the lock box was “technology-enabled.” Rently further argued that the district court failed to consider that the asserted claims overcame a patent examiner’s initial Section 101 rejection with amendments reciting a specific implementation of hardware and software components.

The brief also said that “the district court’s misunderstanding, overgeneralization, and oversimplification of the asserted claim infected the entirety of its §101 analysis under Alice steps one and two.” Rently asserted that the district court’s analysis confused patent eligibility with obviousness when concluding that no “inventive concept” existed based on a finding that a prior art “server could have been integrated with an application interface like Rently’s ‘automated entry’, or a server could have been integrated with a portable device and lock box.” As a result of this misapplication, Rently argued, the actual inventive concepts of the asserted patents were significantly downplayed or ignored. Rently concluded by requesting that the Federal Circuit reverse and remand the case.

Tenant’s reply brief reiterated the District Court’s holding that the ‘590 Patent was directed to an abstract idea, with highly general claims that did not contain “elements sufficient to transform the abstract nature of the claims into patent-eligible subject matter.” Tenant noted that the words “technology-enabled” did not appear in the asserted claims or specification and Rently’s reliance on the claim 7 limitation was insufficient because the ‘590 Patent did not disclose or suggest any specialized lock box. Tenant further agreed with the district court’s application of the two-step framework, stating that “there is simply nothing in the asserted [claims] remotely suggesting that the ‘590 patent is directed to any improvement in computer technology or computer science” and “all that is claimed is an unpatentable method of organizing human activity claimed at the highest possible coherent level of abstraction.”

In response, Rently noted that Tenant did not address Rently’s allegations, but rather “over-generalize[d] the invention, ignore[d] the combination of elements in claim 7 and the description of those elements in the specification and file history, and label[ed] the lock box ‘conventional’, despite supported allegation[s] to the contrary.”

During oral argument, Rently’s counsel, Rudy Telscher of Husch Blackwell, explained: “This [case] is really important – our client invested in the patent system, had an examiner look at this patent and agreed it passed 102, passed 103, passed 112 and passed 101…. This is a real invention.”

Telscher added that Rently’s concern now is that companies like Zillow are beginning to use the technology, and pointed to Federal Circuit cases like Enfish and McRO to bolster its position. Telscher said the district court failed to resolve factual issues of claim construction, and that Federal Circuit precedent requires reversal and remand for further proceedings.

Judge Raymond Chen seemed particularly focused on the specification and claim language, which he felt did not capture the lockbox element of the invention. “If you invented a smart lockbox why aren’t we talking about that rather than the method claim?” Chen asked.

Telscher said that Rently’s business is the overall method. “The paradigm shift is that the computer generates a code, the user can go to the lockbox and enter a code. All that Alice requires is that we have specific steps that define our method.”

Lamenting the Rule 36 judgment, Telscher told IPWatchdog that the case is further evidence that “Section 101 has devolved into a Section 103 analysis without any of the protections of Section 103 – e.g., the rule against using hindsight, needing a motivation to combine art, and secondary considerations, such as commercial success.”

Here, it was undisputed how the real estate industry operated to show homes for many decades. It was undisputed that Consumer 2.0 developed a specific method that utilized technology to revolutionize how real estate is shown – in a way to eliminate the need for the real estate agent to be present when showing a property. When introduced in 2014 and for several years thereafter, the industry scoffed at the new approach. Here, the Complaint, patent and claims set forth the specific method and how it was unconventional, yet the district court summarily found the subject matter not patentable, resolving claim construction and fact disputes against Consumer 2.0 at the pleading stage, in contravention of well-established law.

The Federal Circuit chose not to address the difficult issues, instead issuing a Rule 36 affirmance. The rulings at both the district court and Federal Circuit are disappointing because it simply disregarded the patent office’s express determination that the claims were patentable under Section 101.