“The Act clarifies that for trademark violations, a rebuttable presumption of irreparable harm exists given the consumer protection concerns that would occur otherwise.” 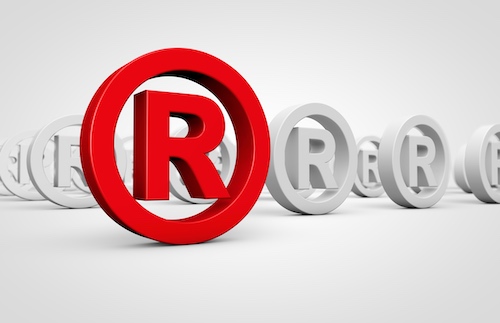 Senators Thom Tillis (R-NC) and Chris Coons (D-DE) and Representatives Hank Johnson (D-GA), Doug Collins (R-GA), Martha Roby (R-AL) and Jerry Nadler (D-NY) yesterday introduced legislation to modernize the U.S. trademark system. The Trademark Modernization Act of 2020 is in part a response to the surge in fraudulent trademark filings, largely originating from China, that both the U.S. Patent and Trademark Office (USPTO) and Congress have been grappling with over the last year. Perhaps most notably, in a stated effort to better protect consumers by minimizing confusion about goods and services, the bill would restore the rebuttable presumption of irreparable harm when a trademark violation has been proven (thus clarifying eBay v. MercExchange).

The proposed legislation also would address the problem of applicants relying on doctored photos to demonstrate use of a mark to fraudulently obtain a trademark registration by “creating new procedures to improve examination effectiveness and efficiency, and to allow third parties to request ex parte cancellation of trademark registrations for marks that have not been used,” said a press release on the bill.

While the USPTO’s August rule change requiring that foreign trademark applicants use U.S. counsel  temporarily helped to ebb the flow of fraudulent filings from China, experts agreed that bad actors would quickly adjust their strategies and that more aggressive solutions were necessary.

To that end, the Act would codify existing procedures that allow third parties to submit evidence of fraud during trademark examination and would create new ex parte procedures to cancel registrations for marks that haven’t been used, namely, “expungement and reexamination”.

With respect to expungement, which would create a new Section 16A of the Trademark Act, the text of the bill explains:

Although various bases for “nonuse” cancellation exist  in the current statute, the concept of a mark having never been used is not expressly spelled out in the current statute. Because the law requires a “mark” to be used in U.S. commerce, the premise of an expungement proceeding is that the subject registration does not cover a “mark” because the subject of the registration was never used for the particular goods or services.

The bill also creates a new section 16B of the Trademark Act, which provides procedures for ex parte reexamination of trademark registrations “covering marks for which improper use claims were made during the examination process before registration.” The key difference between expungement and ex parte reexamination is that the registrant must show use during the time before the registration issued in the case of the latter procedure, whereas in an expungement proceeding, a registrant must provide evidence demonstrating, effectively, that it has ever used its mark.

As proposed by several witnesses during congressional hearings on the topics, the Trademark Modernization Act would restore injunctive relief in trademark cases. According to a one-pager on the bill,  eBay, Inc. v. MercExchange LLC (also the bane of many patent owners’ existence), resulted in a circuit split as to whether irreparable harm can be presumed when a trademark violation has been proven, and the Act would clarify that “for trademark violations, a rebuttable presumption of irreparable harm exists given the consumer protection concerns that would occur otherwise.”

A section-by section summary of the legislation explained: “These new post-registration procedures will provide significant tools to address the flood of fraudulent trademark registrations from China that currently cannot be cleared except through costly, time-consuming cancellation actions before the Trademark Trial and Appeal Board.”

“Both better examination practices, and more efficient, timely procedures to challenge lack of use for registered trademarks will ease the burden on new market entrants created by registrations that should not have been registered because the registrants lacked proper use of the marks,” said the one-pager on the bill.

Senator Tillis, who, along with Senator Coons, also has been busy of late addressing reform of the U.S. copyright system, said that “the United States trademark system is long-overdue for an update to ensure it protects American consumers and brand owners.”

Coons added that he is “concerned that the recent flood of fraudulent trademark filings, many of which originate in China, have frustrated legitimate branding efforts by U.S. companies.  Meanwhile, owners of trademarks for authentic products face unreasonable hurdles when trying to block the use of confusingly similar marks that would mislead the public – including dangerous counterfeit products from China.”

Stephen Lee, Chief Intellectual Property Counsel for Target, said in a letter about the bill that “some of the changes in the legislation will provide legitimate third parties avenues to challenge bad faith and fraudulent applications that do not exist today,” but pointed out that proposals made during hearings to create a “specialized review team” of examiners “to protect the integrity of the system” were not included and should still be considered.

“Examiners are not currently rejecting applications that seem fraudulent on their face and more rigorous examination is needed,” Lee said.