This Week in Washington IP: Policing Digital Piracy in Other Countries, Self-Preferencing in Digital Platforms and 2021 Budget Requests for Cybersecurity and Spectrum Auctions 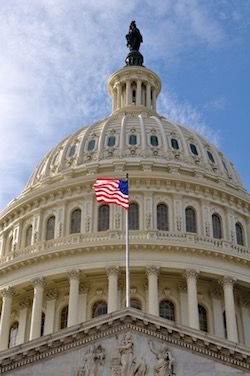 This week in Washington, DC, the House of Representatives kicks off the week’s schedule for technology and innovation hearings with the House Communications Subcommittee marking up bills related to wireless spectrum auctions on Tuesday morning. Spectrum auctions will be discussed in both houses of Congress during hearings to examine the 2021 budget request for the Federal Communications Commission. On Tuesday, the Senate IP Subcommittee will hold a hearing to focus on how other countries counteract digital piracy. The week closes with a Senate Agriculture Committee hearing that will explore biotechnology regulatory frameworks that can impact gene editing and other agricultural technologies.

House Subcommittee on Communications and Technology

On Tuesday morning, the House Communications Subcommittee will convene a markup hearing to look at several bills related to auctions of wireless spectrum to support the buildout of mobile networking infrastructure, including H.R. 4855, the Clearing Broad Airwaves for New Deployment (C-BAND) Act, and H.R. 451, the Don’t Break Up the T-Band Act. Other bills being examined by the subcommittee during this meeting are related to the provisioning of emergency response networks and promoting diversity in the broadcasting industry.

Antitrust regulators in D.C. have focused on a number of business activities implemented by major tech firms that may have a sizable impact on discouraging economic competition. This includes the tendency of digital platforms to self-preference their own digital content, like app store providers who ensure that apps they developed themselves are seen more prominently than competitor apps in the same store. The witness panel for this hearing includes Gene Kimmelman, Senior Advisor, Public Knowledge; Sally Hubbard, Director of Enforcement Strategy, Open Markets Institute; Thomas Hazlett, H.H. Macaulay Endowed Professor of Economics, Clemson University; Morgan Reed, President, ACT | The App Association; and Jeremy Stoppelman, CEO, Yelp Inc.

Review of the FY2021 Budget Request for the FCC

Copyright Law in Foreign Jurisdictions: How Are Other Countries Handling Digital Piracy?

This will be the second hearing on Capitol Hill this week related to the 2021 fiscal year budget request for the Federal Communications Commission (FCC). The witness panel for this hearing will include the Honorable Ajit Pai, Chairman, FCC; and the Honorable Jessica Rosenworcel, Commissioner, FCC.

House Subcommittee on Research and Technology

Reauthorization of the National Institute of Standards and Technology

The National Institute of Standards and Technology (NIST) is a non-regulatory agency of the U.S. federal government operating as a physical sciences laboratory designed to promote American innovation in key sectors. In recent weeks, NIST has released a data privacy framework to promote the ethical use of artificial intelligence, and the agency will soon be coming out with a privacy framework geared specifically towards small- and medium-sized businesses. The sole witness at this hearing will be the Honorable Walter Copan, Under Secretary of Commerce for Standards and Technology, and Director, NIST.

House Subcommittee on Intelligence and Emerging Threats and Capabilities

Reviewing Department of Defense Science and Technology Strategy, Policy, and Programs for Fiscal Year 2021: Maintaining a Robust Ecosystem for Our Technological Edge

The world of agriculture has experienced many exciting technological advances, one of the most recent being gene editing techniques that can improve sustainability for both crops and livestock. U.S. Secretary of Agriculture Sonny Purdue recently remarked that the U.S. Department of Agriculture and the Food and Drug Administration were looking at the possibility of drafting a regulatory biotechnology framework for gene-edited animals that would be jointly implemented by those agencies. The witness panel for this hearing will include Patrick Johnson, Jr., Producer and Chairman, Environmental Task Force, National Cotton Council; Dr. Wayne Parrott, Professor, Department of Crop and Soil Sciences, Institute of Plant Breeding, Genetics and Genomics, University of Georgia; Dr. Michael Paustian, Producer and President, Iowa Pork Producers Association; and Gregory Jaffe, Director of the Project on Biotechnology, Center for Science in the Public Interest.