Boys Will Be Boys: Getting a Foot in the Funding Door for Women Entrepreneurs

“While it may take a decade or longer for these changes to be reflected in the funding statistics, industry is taking important steps in the right direction toward improving the landscape for women entrepreneurs.” 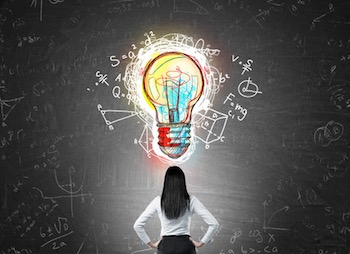 Much has been written on women’s disproportionate numbers as scientists trained in science, technology, engineering and mathematics (STEM), as well the under-representation of women as inventors of record on USPTO patents. These statistics relate to women’s role in scientific development and inventorship, or in other words: in the creation of intellectual property (IP). Having said that, the reasons why women don’t get funded have little to do with IP, and much to do with the institutional structure of the venture capital (VC) ecosystem, as well as the corporate representation (or lack thereof) of women in senior management and board positions.

Women’s Access to Funding: Limited to 2%-3% of Capital Invested Over the Last 12 Years

Based on the most recent (Feb. 2020) statistics from PitchBook’s “VC Female Founders Dashboard”, over the last 12 years the share of companies founded solely by women has virtually flatlined at around 2%-3% of the total capital invested in venture-backed startups in the United States. Similarly, the percentage of female-only deals of the total VC deals has been fairly flat at  around 4%-6% over the same period. Looking at mixed founder teams, composed of men and women, the trend looks slightly better: the percentage of capital invested has almost tripled from around 6% in 2008 too 16% in 2019, while the number of deals has about doubled, increasing from 8% to 17% over the same period. So, while mixed teams are seeing an increase in funding, women-only teams have made very little progress in access to funding over the last decade.

Why Do Women Get Less Funding?

A 2014 study by The Diana Project of Babson College found that “contrary to existing perceptions, many fundable women entrepreneurs had the requisite skills and experience to lead high-growth ventures. Nonetheless, women were consistently left out of the networks of growth capital finance and appeared to lack the contacts needed to break through.”  My experience as an entrepreneur and advisor in Silicon Valley, having worked with hundreds of startups and investor groups, reaffirms this observation: the funding of women-led startups is negatively impacted by the fact that they are not represented in the networks of investors, who are mostly men, many of whom run in the same social circles and have invested together on many deals. According to a report by CrunchBase, only 8% of partners in the top 100 venture firms are female. This is directly correlated with the low rate of investment in women-led startups.

A Change is Coming: Initiatives Addressing Women Leadership and Funding

In furtherance of the theory that an institutional change will help elevate women funding beyond the 2-3% level at which it has been hovering over the last decade, some recent developments indicate that a change is coming:

1. Women Representation on Boards of Directors:

Two notable initiatives in this area include the CA State Legislation (Senate Bill 826) and the Goldman Sachs Diverse Board Initiative:

Increasing women’s representation in the investment community has been addressed by the creation of women-led investment funds, or funds focusing on women-led strartups. Two funds are making inroads and are worth mentioning: Portfolia, an investment group aimed at training women to becomes VC investors by expanding their expertise and networks, is running a group of funds dedicated to topics of interest for women (Aging and longevity, Femtech, Sustainability). On the other end is Astia, a long running nonprofit organization a non-profit organization dedicated to identifying and promoting best-in-class, high-growth ventures that include women leaders

The percentage of women enrolled in full-time MBA. programs continues to rise, reaching an average of 39% at more than 50 of the top programs in the United States., Canada and Europe in 2019, as reported by the Wall Street Journal. With more women graduating from MBA programs, women will not only gain better business education, but will also have better access to alumni networks that will in turn improve their access to professional talent, as well as access to funding.

While it may take a decade or longer for these changes to be reflected in the funding statistics, these are all important steps in the right direction.

We will be discussing developments in women funding, as well as other topics related to the representation of women in the innovation economy, at an upcoming panel, “The Gender Gap: Addressing STEM Education, Funding and Inventorship,” at IPWatchdog’s CON2020 in Dallas.

Efrat Kasznik Efrat Kasznik is president of Foresight Valuation Group, a Silicon-Valley IP consulting firm focused on assisting companies with valuing and managing their innovation. She is a Lecturer at the Stanford [...see more]