“At a time when most policymakers rightly argue that China and other countries need to do more to clamp down on intellectual property infringement, overturning the four-factor eBay v. MercExchange test would impose new hurdles and increase the PAE problem that Congress and the Supreme Court fought to address over the last two decades.” 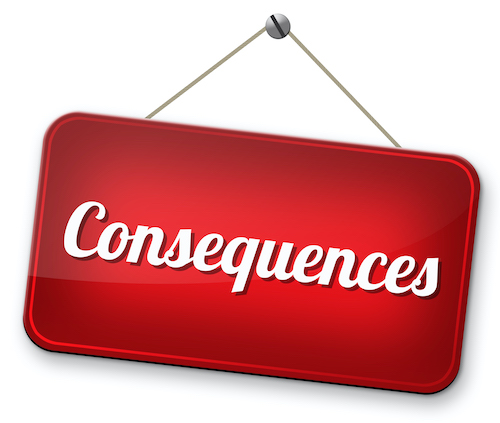 As anyone who follows the landscape of patent litigation knows, the Supreme Court’s decision in eBay Inc. v. MercExchange LLC, 547 U.S. 388 (2006) was meant for one primary reason—to combat patent asserted entities (PAEs).[1] It is true that prior to the Supreme Court’s decision in eBay, it was rare for a district court to deny a victorious plaintiff a permanent injunction in a patent infringement case. And PAEs knew that and used the threat of injunctive relief—no matter how remote—to extract license agreements.

The STRONGER Patents Act introduced now for the third Congress by Senator Chris Coons (D-DE) has provisions that, if enacted, would overturn eBay. Congress at large appears to have no desire to disturb this Supreme Court decision, and any bill that contains a provision overruling eBay cannot and should not be enacted. Such a bill would reopen the flood gates for PAEs to file patent infringement suits in federal district court armed with the threat of injunctive relief. At a time when most policymakers rightly argue that China and other countries need to do more to clamp down on intellectual property infringement, overturning the four-factor eBay v. MercExchange test would impose new hurdles and increase the PAE problem that Congress and the Supreme Court fought to address over the last two decades.

As correctly noted in Gene Quinn’s February article Why eBay v. MercExchange Should, But Won’t, Be Overruled, the fallout of the Supreme Court’s eBay decision is that the United States International Trade Commission (ITC) has become a far more desirable forum for patent owners. The ITC allows patent owners the ability to obtain an exclusion order that prevents importation into the United States products found to infringe a valid intellectual property right. This provides great relief to complainants who can avail themselves of the ITC’s jurisdiction under Section 337 of the Tariff Act of 1930, 19 U.S.C. § 1337. First and foremost, Section 337 is a trade statute, and the ITC is tasked with administering enforcement of the statute. The ITC investigates whether there is an unfair act in the importation of products into the United States. Section 337 defines such unlawful acts as, among other things, infringement of a valid patent, copyright, or registered trademark.

Among the safeguards in place to thwart PAEs from obtaining unwarranted injunctive relief at the ITC is the “domestic industry” requirement. As a trade statute, Section 337 requires a complainant to prove it has a “domestic industry” related to articles protected by the asserted patents or the intellectual property being asserted. Although the 1988 amendments to Section 337 allow intellectual property holders that do not manufacture products, such as universities and research institutes, to obtain remedies at the ITC, the Commission has strictly enforced the statutory requirement that a domestic industry can only be established based on “substantial” investments. Federal Circuit decisions in InterDigital Commc’ns, LLC v. ITC, 690 F.3d 1318 (Aug. 1, 2012), reh’g denied, 707 F,3d 1295 (Jan. 10, 2013) and Microsoft Corp. v. ITC, 731 F.3d 1354 (Fed Cir. 2013) have further strengthened this safeguard. Based on these decisions, an NPE complainant must show the existence of articles that practice the asserted patents and the substantial investment—once protected articles are shown—in exploiting the asserted patents, including through engineering, research and development, or licensing.

In an effort to further deter PAEs from abusing the ITC as a forum, the Commission in 2013 launched a pilot program for a 100-day early disposition that allows earlier rulings on certain dispositive issues—such as domestic industry—to limit unnecessary litigation and conserve resources. The 100-day program was formally added in June 2018. Under this rule, the Commission will identify, at institution, investigations that are likely to present a potentially dispositive issue and direct the administrative law judge to conduct expedited fact-finding, hold an abbreviated hearing, and issue an initial determination within 100 days. The program was first initiated in Certain Products Having Laminated Packaging, Laminated Packaging, and Components Thereof, Inv. No. 337-TA-874, where the Commission employed the 100-day program for the first time to determine whether the complainant—a PAE that does not produce any product—satisfied the domestic industry requirement. The Commission’s use of the 100-day program properly places the burden on the PAE complainant to prove, at the outset of the litigation, whether it can meet the threshold domestic industry requirement. This program significantly undercuts the ability of PAEs to pressure respondents into early settlements.

Innovators believe some kind of injunctive relief is necessary to address widespread patent infringement. Because patent damages in federal court will generally approximate only what a negotiated pre-infringement license would have cost, implementers have no real incentive to take a license, which leads to hold-out scenarios. The risk that an implementer engages in “efficient infringement” has made the ITC an increasingly attractive forum, for at least some patent owners and notably not PAEs. ITC exclusion orders and cease and desist orders are the last vestige of the exclusivity promised to the right patent owners at the time they are granted a patent. Compared to proposed sections of the STRONGER Patents Act, the ITC strikes a balance between offering at least some patent owners the ability to prevent infringers from engaging in the never-ending game of “efficient infringement” while frustrating PAEs attempts to abuse the exclusionary remedies offered.  Congressional action should be reserved for a time when there is clear evidence that the eBay decision is harming U.S. businesses and those U.S. businesses are unable to obtain the relief they need at the ITC. At this time, there is no such evidence.

[1] Non-practicing entities (NPEs) are entities that do not manufacture products that practice the asserted patents, such as inventors, research institutions, universities, and startups. Patent assertion entities (PAEs) are NPEs, whose business model primarily focuses on purchasing and asserting patents.