With Congress Focused on Copyright, Industry Must Deliver Solutions to the Piracy Problem

“With respect to digital piracy, the question is whether and to what extent the industry will be able to respond in a cooperative and comprehensive manner to any level that will make a difference, and whether it is already too late.” 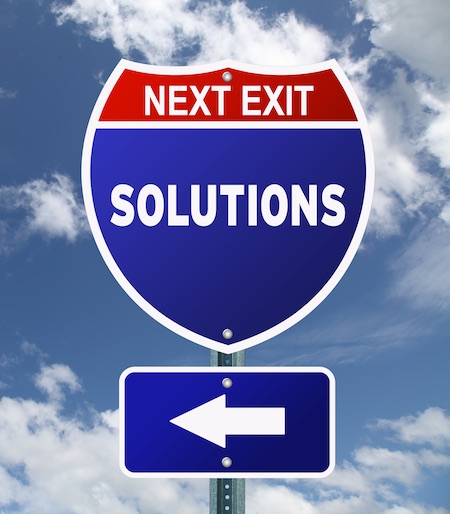 A recently released report from the Information Technology and Innovation Foundation (ITIF) argues that while there is no easy solution to the ongoing scourge of digital content piracy on the Internet, voluntary agreements between copyright holders and payment processors, advertising networks, domain name registrars, search engines, and other stakeholders can serve as an important complement to legislative and other efforts by governments.

“Experience shows that legitimate players with an interest in preserving an innovative, prosperous digital economy can work together to make life harder and costlier for illicit operators who profit from piracy,” said ITIF Associate Director for Trade Policy Nigel Cory, who authored the report. “These voluntary agreements target the supply side of the digital piracy equation, such as by getting sites with infringing content blocked or removed so they can’t operate and profit as if they were legitimate businesses.”

ITIF explains that voluntary agreements among stakeholders are not a replacement for government action, and that governments may need to legislate to address certain aspects of the digital piracy problem. Notwithstanding, ITIF believes that history demonstrates that robust, cooperative and voluntary efforts can and do have a meaningful effect on consumer behavior, which will reduce piracy and increase legal sales.

Will Industry Step In?

Sports fans will recall Members of Congress holding public hearings admonishing and publicly scolding Commissioners and other representatives of the major sports leagues regarding performance-enhancing drugs a number of years ago, with some members specifically coming out and saying that either the leagues needed to solve the problem or Congress would step in and solve the problem for them. Ultimately, the leagues solved the problem by enacting much stricter drug testing policies, with much heavier penalties handed out for those caught using performance-enhancing drugs. Congress stood down because the industry acted.

With respect to digital piracy, the question is whether and to what extent the industry will be able to respond in a cooperative and comprehensive manner to any level that will make a difference, and whether it is already too late. The scourge of digital piracy is not new, no truly acceptable industry solution has surfaced, and major technology corporations have been commercializing copyright infringement.

So, yes, the industry should come together and engage in a cooperative way to find mechanisms to stop copyright infringement. If we want original content creators to create original content, then copycats cannot be allowed to profit on the work done by others. Sadly, copyright infringement is rampant on the Internet, which is one of the reasons why there is so much duplicative content. And the industry hasn’t come together to provide a real solution for creators.

While the industry deserves blame, Congress is not blameless. About a decade ago, Congress was poised to do something about rampant copyright infringement on the Internet. They were ready to take a bold step that would protect content creators. These bills were met with threats from hacker groups to take down the Internet if they were enacted, and Congress caved. While the specific line items of those bills in the House and Senate can be debated, what cannot be debated is this—something needed to be done then. Years later, something still needs to be done.

Industry groups coming together to work out solutions that work for the industry is good politics because it can keep politicians on the sideline and achieve a solution the industry itself dictates and therefore accepts. Unfortunately, history shows that with this particular issue the industry has had many years to come to suitable voluntary, collaborative agreement that didn’t require Congressional action. It is long past time for Congress to take action to protect content creators in the 21st century digital economy.

The Senate IP Subcommittee has shifted its focus to copyright reform in 2020. Senator Thom Tillis (R-NC) who Chairs the Subcommittee, will be working on both updating an outdated Copyright Office created for a paper world, and also updating the Digital Millennium Copyright Act (DMCA), which although enacted only 24 years ago, is already ancient given the evolution of the Internet and the advancement of technology during that time span.

Knowing how Senator Tillis and Ranking Member of the Subcommittee Senator Chris Coons (D-DE) prefer to do business, I am sure they will gladly hear from any and all within the industry willing to seriously contribute to the discussion on a substantive level. I sincerely hope the lack of an industry agreement won’t derail efforts to modernize America’s copyright laws for content creators. If we want original content, we must protect content creators in a way that meaningfully recognizes the infringement threats presented in a digital economy.