“Most [ISPs] don’t need and couldn’t survive a requirement to use technological mechanisms to filter out rare infringements. If Congress changes 512 to target Google and Facebook, it will ensure that only they are left, making the problem of market concentration even worse.” – Professor Rebecca Tushnet 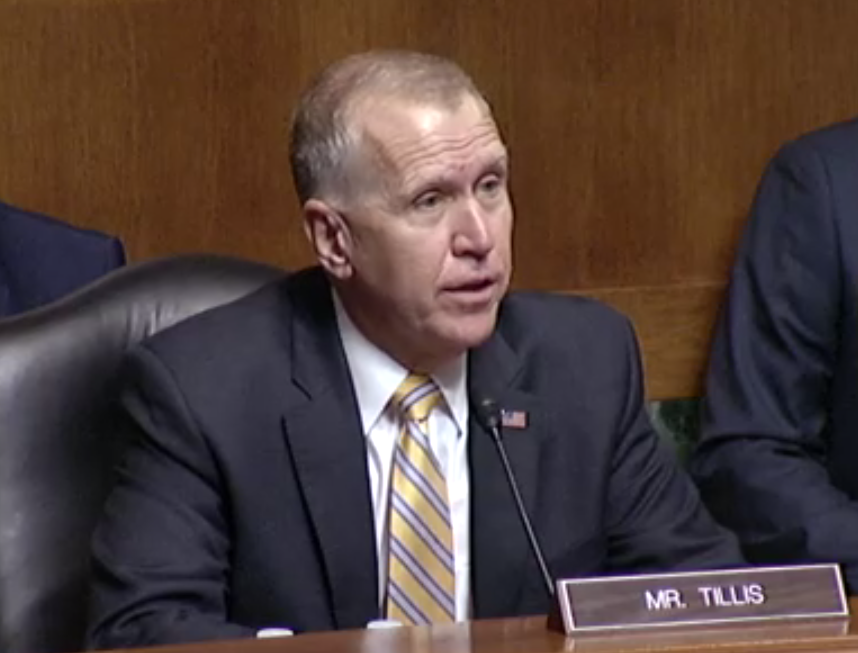 Senator Thom Tillis (R-NC) and Senator Chris Coons (D-DE) this week held the first in a series of eight tentative hearings scheduled for this year on the topic of updating and modernizing the U.S. Digital Millennium Copyright Act. Tillis’ goal is to address changes to the internet since the DMCA was passed in 1998, and by December 2020 to release draft text of a reform bill for stakeholder comment.

Senator Coons pointed out that the IP Subcommittee has been the most active subcommittee on the Senate Judiciary Committee, and Tillis said that the process will take place in the same vein as last year’s patent eligibility hearings, which involved gathering extensive input from a variety of stakeholders.

The hearing included two panels of four speakers each. The first panel featured The Honorable Edward J. Damich, Senior Judge of the United States Court of Federal Claims; Jonathan Band of Jonathan Band PLLC; Robert S. Schwartz of Constantine Cannon; and Steve Metalitz of Mitchell, Silberberg & Knupp LLP. All were involved in the legislative process leading up to the DMCA, which was spearheaded by former Senator Orrin Hatch (R-UT) and Senator Patrick Leahy (D-VT), and addressed the background on the bill and the reasons for its initial enactment. They focused chiefly on how the most controversial provisions—Section 512, “Limitations on liability relating to material online,” and Section 1201, “Circumvention of copyright protection systems”—came to be, and the context in which the drafters were viewing the problems they sought to address. 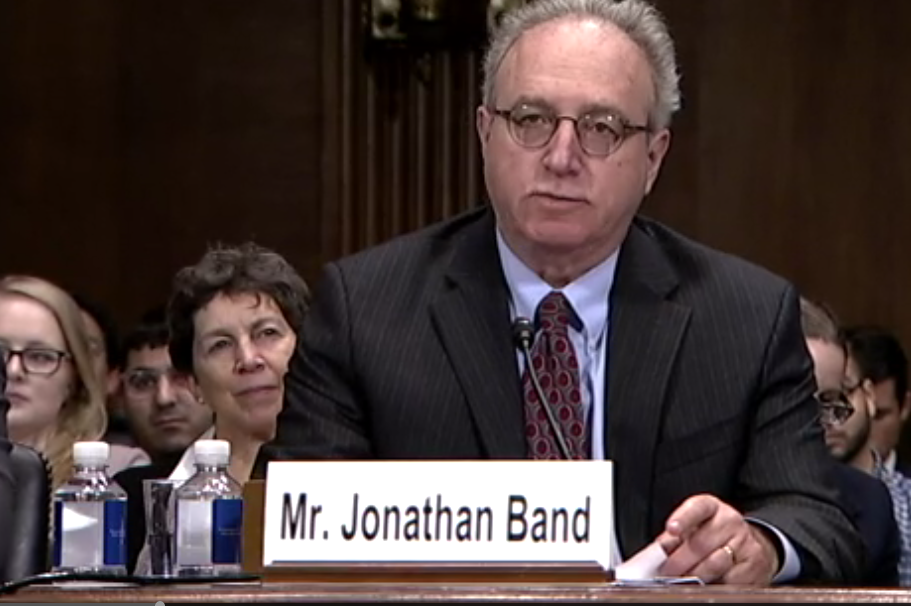 As Tillis noted, in 1998 British rock band Chumbawamba topped the charts and an early version of MySpace was first created. “In those early days of the internet, Congress wisely recognized the ability of individuals to post anything they wanted online would raise a lot of new and complex, arguably difficult legal questions,” Tillis said. This is why they attempted to strike a balance by granting immunity to platforms (safe harbor) in exchange for reasonable enforcement efforts. While the trade-off worked for a while, “almost everything has changed in the last 22 years and law simply hasn’t kept pace with technology,” Tillis added.

Band explained that “the grand bargain of the DMCA is the marriage of the safe harbor and [technological protection measures] TPM titles.” In his written testimony Band provided further background:

While Band and other speakers felt the DMCA has been working and that any potential changes should be viewed cautiously in light of the broader impact they could have, other panelists pointed to flawed case law and present-day business models that could not have been imagined at the time of the DMCA as reasons that updates are badly needed.

The second panel included four professors who were equally split between the view that the DMCA is largely working and should remain as is and the view that it is outdated and causing harm to smaller copyright owners while favoring big tech companies. 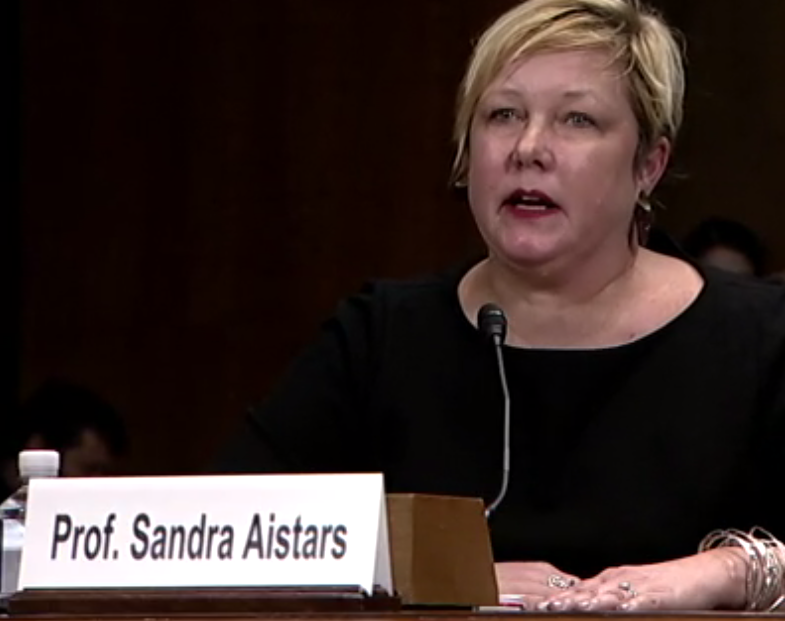 Professor Sandra Aistars of the Antonin Scalia Law School said that, while Section 1201 of the Act “appears to have engendered continued voluntary cooperation between stakeholders across industry sectors, and litigation regarding the limits of Section 1201, such as Lexmark and Chamberlain Group v. Skylink has generally hewed to the expected contours of 1201,” section 512 has failed to achieve the intended bargain because it “imposes no direct obligations on any party.”

Much of the problem is with the “evisceration” via the courts of the so-called “red flag knowledge standard” in Section 512, said Aistars. In cases such as Perfect 10, Inc. v. CCBill LLC; Viacom v. YouTube; UMG v. Shelter Capital; and Capitol Records v. Vimeo, courts have misinterpreted the DMCA’s statutory requirement that service providers must “act expeditiously to remove infringing materials” once they either have actual knowledge that it is infringing or “awareness of facts or circumstances from which infringing activity is apparent (red flag knowledge).” This has resulted in transforming Section 512 into a mere “notice and takedown” provision, said Aistars.

Professor Mark F. Schultz of the University of Akron School of Law agreed with Aistars, and said that “the understanding of what constitutes ‘knowledge’ that has emerged not only defies common sense, but also fails to hold online services to the standard that we would use in most other areas of law.” 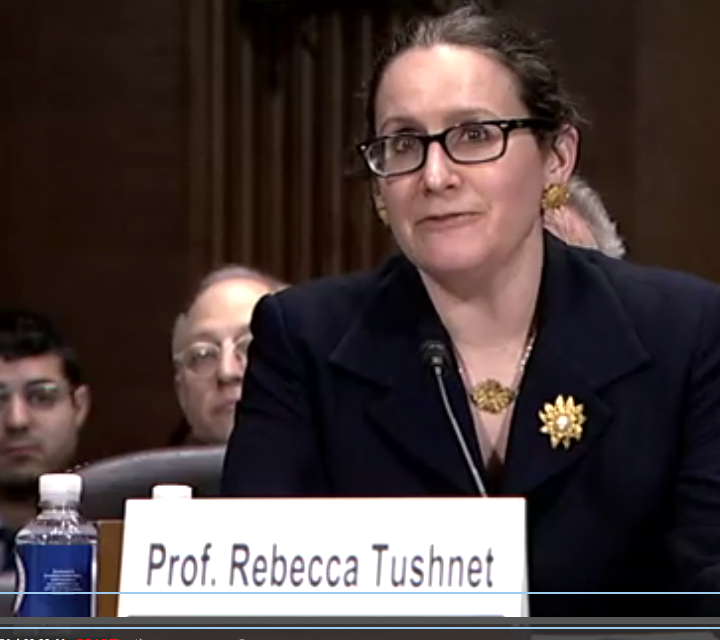 In contrast, Professor Rebecca Tushnet of Harvard Law School and Professor Jessica Litman of University of Michigan Law School strongly cautioned the Subcommittee against conflating all internet service providers with Google and Facebook.  “Only a few services receive millions of [takedown] notices,” Tushnet said. “Most don’t need and couldn’t survive a requirement to use technological mechanisms to filter out rare infringements. If Congress changes 512 to target Google and Facebook, it will ensure that only they are left, making the problem of market concentration even worse.”

Section 1201, however, “is broken,” Tushnet said, and “mostly used to stifle competition.” Tushnet pointed to the example of diabetes patients who are unable to monitor the output of their own insulin monitors thanks to anticurcumvention measures. “Ironically, anticircumvention thus weighs most heavily on risk-averse and legally aware documentary filmmakers, educators, remixers and others who are not making infringing uses, but still need to do more than just consume copyrighted works,” Tushnet added in her written testimony.

Litman agreed that the anti-circumvention provisions have not lived up to their promise but that the safe harbors in Section 512 in exchange for copyright owners getting an expeditious process for removing infringing files “has worked remarkably well for much longer than we had any right to expect.”

Both Litman and Tushnet felt that the jurisprudence on safe harbors has been developed “with care and respect,” and that any “value gap” that may exist in which copyright owners claim that platforms have far too much bargaining power, there may be antitrust law solutions for instead of “weaponizing copyright.”

“I urge you to take a look at the entire, long section 512 because it has many moving parts,” Litman said. “I think the courts have been really careful and have taken it very seriously.”

In response to a request from Senator Coons for the most workable solutions to some of the problems raised, panelists proposed the following:

She again warned against comparing all ISPs to Google. “For the vast majority of operating services, we receive artisanal numbers of notices—1 or 2 a month—and we handle them on an artisanal basis. Competition law is probably where to look for solutions.”

Tushnet also said that Schultz’s proposed “notice and stay down” solution is not workable for most companies as it would require unaffordable and inefficient technological mechanisms. YouTube, for example, spent over $60 million on its system to detect and remove copyright infringing works, “which the major record labels say is only 60% effective,” Tushnet said. “My $400,000-budget a year nonprofit can’t do that and doesn’t need to do that. Mandating it will just mean that we’ll be left with only YouTube.”

The next Subcommittee hearing on the topic–titled Copyright Law in Foreign Jurisdictions: How are other countries handling piracy?–will be held on March 10 and will “examine significant differences between legal regimes in other countries and the United States in regard to online privacy,” including how the EU Copyright Directive should inform U.S. legislative efforts.