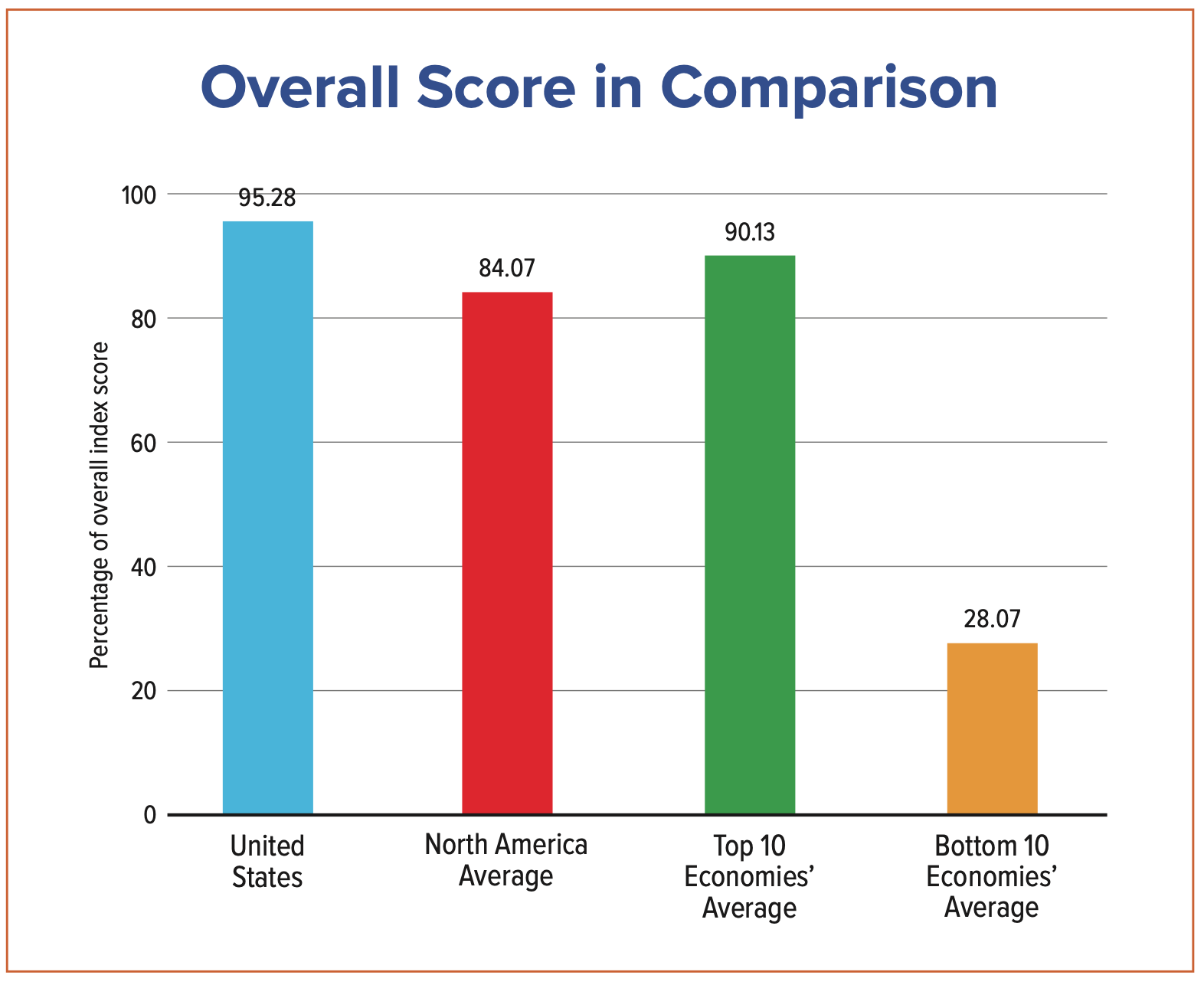 The U.S. patent system also held steady, achieving a four-way tie for second place in the patent specific worldwide rankings with Japan, South Korea and Switzerland, all coming in with 94.44 on the GIPC scale. In first place again this year for patents was Singapore, which marks the third consecutive year Singapore has achieved recognition as the top overall patent jurisdiction in the world.

Although achieving first place in the patent rankings once again, Singapore found itself just outside the top 10 overall on the GIPC scale, with an overall score of 84.42.  While Singapore had a strong third place showing on copyright matters, weighing down Singapore’s overall score was its scores relative to trademark matters, design rights and trade secrets. On trademarks the country scored only 75, but that was sadly still good enough for a four-way tie for thirteenth place, which shows much more needs to be done internationally on trademark rights. On trade secrets, Singapore scored 58.33, good enough for a two-way tie for nineteenth place. On design rights Singapore scored 67.50, good enough for a three-way tie for twenty-second place.

When focusing on the patent specific rankings, the UK patent system continues to lag its second place overall performance, finding itself in an eight-way tie for fifth place with France, Germany, Ireland, Netherlands, Spain, Sweden and Taiwan, achieving a score of 91.67 on the GIPC scale. No other country obtained a score in the 90s, and only five other countries achieved an overall IP score above 80 – Italy (88.89), Hungary (86.11), Israel (83.33), Australia (80.56) and Greece (80.56).

“Intellectual property continues to be a massive economic driver for jobs and investment. In the United States alone, IP supports more than $6 trillion in GDP, 81 industries, and more than 45 million jobs,” said David Hirschmann, President and CEO of GIPC.  “To drive similar success at home, we encourage policymakers around the world to use this report as a roadmap to drive investment in cutting-edge sectors, as well as to access the world’s innovation and creative content.”

There will be much more to report in the coming days and weeks as this report is digested. The U.S. Chamber is hosting an event on Wednesday evening, February 5, 2020, to formally announce the results as they do each year. For the meantime, here are the specific subcategories of the GIPC IP rankings and how the U.S. scored and ranked in each:

Patrick Kilbride, Senior Vice President of the Global Innovation Policy Center (GIPC) at the U.S. Chamber of Commerce, will be joining us at IPWatchdog CON2020 in Dallas, Texas, on March 16, 2020 to discuss the GIPC International IP Index. Joining him will be Raymond Millien, Chief IP Counsel for Volvo Cars Corporation, and Kirk Goodwin, Assistant General Counsel and Global Head of Patents for Whirlpool Corporation. Click Here to Register.