“The outcome of this decision will affect legal publishing schemes in a number of states which, similar to Georgia, contract the work of preparing annotations to private sector companies.” 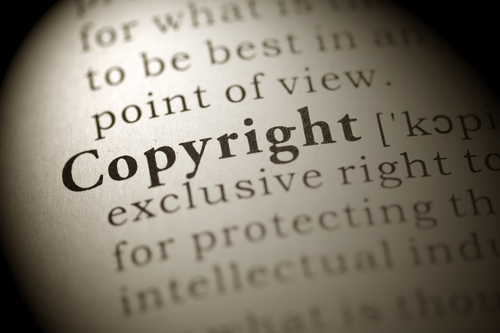 On December 2, the U.S. Supreme Court heard oral argument in the matter of Georgia v. Public.Resource.Org, Inc. The issue on appeal was on whether annotations to the Official Code of the State of Georgia, which were prepared by Mathew Bender & Co under the supervision of Georgia’s Code Revision Commission, which was itself created by Georgia’s General Assembly, were capable of copyright protection, or whether they were an integral part of the laws of the State of Georgia, which, like all legislation, is part of the public domain and cannot be copyrighted.

The outcome of this decision will affect legal publishing schemes in a number of states which, similar to Georgia, contract the work of preparing annotations to private sector companies, which then monetize those copyrights through a license fee structure. Indeed, concern for states’ publishing schemes led to the Solicitor General’s office and various other states joining in on the side of petitioner, the State of Georgia, who is seeking to establish that the annotations are subject to copyright. The case also presents a fascinating, almost philosophical discussion on the nature of annotations and the legal or persuasive force they should be afforded.

The questioning from the Court was lively and reflected a surprising array of issues that will factor into the Court’s decision, which is expected to be delivered by no later than the close of term on June 30, 2020. How the Court ultimately frames these issues will be as important to the outcome as how each of the issues are decided. The most important issues presented during the argument are discussed below.

Issue 1: Are Legislative Annotations any Different than Headnotes for Judicial Decisions?

That apparently simple analogy between judicial and legislative annotations, however, immediately ran into a hail of questions and concerns from the Court. Chief Justice Roberts and Justice Gorsuch expressed their worry that the annotations were considered “official,” which suggested the approval of the legislature. Justice Ginsberg suggested that the legislative annotations could be considered works made for hire for the benefit of the State of Georgia. Justice Ginsberg further suggested that, rather than comparing the official annotations of the Georgia Code to Westlaw headnotes, the more appropriate comparison may be to the judge-written syllabi that appear at the beginning of Supreme Court decisions, which are considered works of judicial authorship and not subject to copyright.

Issue 2: Will Granting Copyright to the Statutory Text Create a Pay Wall Barrier to Access to Official Legislation?

These answers triggered a line of questioning from Justice Alito, who asked counsel for Georgia to distinguish the annotations prepared by Mathew Bender to the statutory comments prepared by the Georgia Bar Committee. Counsel for Georgia suggested that the comments prepared by the Georgia Bar Committee would not be subject to copyright protection, because those comments were drafted by people involved in creating the legislation, and because the comments could be given authoritative weight as evidence of legislative intent.

Issue 3: Should the Test for Copyrightability Be Whether the Annotations Are a “Legal Work” or Published “Under the Authority of the State?”

This is the test that was proposed by Counsel for respondent Public.Resources.Org. That test immediately ran into questioning from Justices Breyer, Kagan and Kavanagh. The justices’ questions were aimed at determining the boundaries of what constitutes “authority of the state.” Does it include a history of the state written by a private author that is later deemed by the state to be an “official” history? As long as the annotations do not have official interpretive weight regarding the statutes they annotate, how are such annotations different than Westlaw headnotes?  Respondent countered that the State of Georgia, unlike judicial reporters who prepare headnotes, is speaking with its own voice through the annotations, even if the annotations themselves are not entitled to any official interpretive weight. Respondent further went on to argue that the Code Revision Committee that approved the annotations was exercising a legislative function in that the Committee acts at the behest of the Georgia legislature, and that the Committee in particular is responsible for assembling the text of Georgia’s statutes, also a legislative function.

Issue 4: What Will Be the Effect on the Market for Annotated Codes If the Annotations Cannot be Protected by Copyright?

Justice Kavanaugh, joined by Justice Kagan, pursued this line of questioning against Respondent’s counsel. Counsel’s response was that the ruling would not affect the market for unofficial copies of state codes, of which one or two already exist in every state. Georgia’s counsel argued that a ruling against copyrightability of annotations would increase the cost of official reporters, and Respondent’s counsel disputed this point.

So, what will the Court decide on these issues? Predicting Supreme Court decisions is a notoriously risky business, so this article will not stand on any predicted result. It is fair to say, however, that, on balance, and based on the transcript, the eight justices that questioned counsel in the oral argument (Justice Thomas, as usual, did not participate in questioning) in general appeared to lean more toward positions taken by Georgia and the Solicitor General, with Justice Breyer characterizing the Solicitor General’s test for determining the copyrightability of the annotations as “pretty sensible to me and consistent with precedents.”

The outcome of this decision will depend in significant part on which test the Court will adopt for determining copyrightability. Georgia’s “vehicle for establishing binding law” test? The Solicitor General’s “official capacity” test? Public.Resources.Org’s test of whether the work is a “legal work” or created “under the authority of the state”? Will the Court create its own new test? Once the Court settles on a test, then it will need to deal with deciding how to characterize the annotations, including whether they are official in some capacity and how similar they are to judicial headnotes. Finally, the Court is likely to consider the practical effects of its ruling, and the decision will ultimately turn on how the justices balance the benefits of granting copyright to the annotations versus the potential restriction of public access to this information.

Mitchell Stein is a partner in the Intellectual Property Group and Litigation Department of Sullivan & Worcester in New York. His practice focuses on litigation and licensing related to software, e-commerce, biotech, [...see more]