“This Court has never suggested that any statute is exempt from the presumption against fee shifting.” – Supreme Court opinion in NantKwest 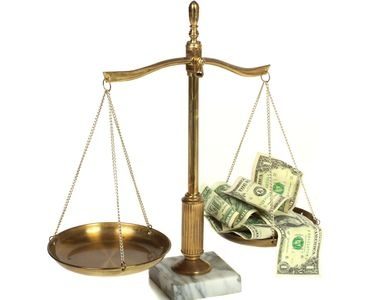 The Supreme Court ruled in Peter v. NantKwest today that the U.S. Patent and Trademark Office (USPTO) cannot recover the salaries of USPTO attorneys and paralegals who work on civil actions against the USPTO Director in the Eastern District of Virginia. The Court held that the language of Section 145 of the Patent Act, which says that applicants must pay all the expenses of the proceedings for a civil action, “does not overcome the American Rule’s presumption against fee shifting.”

The USPTO argued that the Federal Circuit’s en banc 2018 decision holding “all expenses” does not include “expenses that the USPTO incurs when its employees, including attorneys, defend the agency in Section 145 litigation,” is inconsistent with the ordinary meaning of  “expenses” and Section 145’s “history and purpose.”

In its January 2019 petition for certiorari, the USPTO further explained that it first began attempting to recover personnel-related expenses in 2013 in response to two developments. First, the America Invents Act’s directed to the Office to set its fees so as “to recover the aggregate estimated costs to the [USPTO] for processing, activities, services, and materials relating to patents and trademarks.” Second, “proceedings under Sections 145 and 1071(b) have grown increasingly expensive, and the single largest expense to the USPTO is often the time that agency employees must devote to those matters—as was true in this case.”

But in an opinion authored by Justice Sonia Sotomayor the High Court said today that the government’s view the American Rule presumption applies only to prevailing-party statutes is incorrect:

Because §145 requires one party to pay all expenses regardless of outcome, the argument goes, it is not a statute subject to the presumption. That view is incorrect. This Court has never suggested that any statute is exempt from the presumption against fee shifting. Nor has it limited its American Rule inquiries to prevailing-party statutes. Indeed, the Court has developed a “line of precedents” “addressing statutory deviations from the American Rule that do not limit attorney’s fees awards to the ‘prevailing party.’

The Court pointed to Sebelius v. Cloer as confirming that the presumption against fee-shifting applies to all statutes. That case dealt with a provision of the National Childhood Vaccine Injury Act that permitted courts to “award attorney’s fees . . . ‘incurred [by a claimant] in any proceeding on’ an unsuccessful vaccine-injury ‘petition . . . brought in good faith [with] a reasonable basis for the claim.’” The Supreme Court held there that “the provision’s clear language authorized attorney’s fees, even though the statute exclusively applied to unsuccessful litigants.”

In analyzing whether Congress intended to depart from the American Rule presumption in Section 145, the Court looked to the plain text of the statute, which reads as follows:

An applicant dissatisfied with the decision of the Patent Trial and Appeal Board in an appeal under section 134(a) may, unless appeal has been taken to the United States Court of Appeals for the Federal Circuit, have remedy by civil action against the Director in the United States District Court for the Eastern District of Virginia if commenced within such time after such decision, not less than sixty days, as the Director appoints. The court may adjudge that such applicant is entitled to receive a patent for his invention, as specified in any of his claims involved in the decision of the Patent Trial and Appeal Board, as the facts in the case may appear and such adjudication shall authorize the Director to issue such patent on compliance with the requirements of law. All the expenses of the proceedings shall be paid by the applicant.

This language “does not invoke attorney’s fees with the kind of ‘clarity we have required to deviate from the American Rule,’” wrote the Court. Specifically, the phrase “expenses of the proceeding” has traditionally referred to a class of expenses that do not include attorney’s fees, according to Black’s Law Dictionary, said the Court. Additionally, “the modifier ‘all’ does not expand §145’s reach to include attorney’s fees” because “although the word conveys breadth, it cannot transform ‘expenses’ to reach an outlay it would not otherwise include.”

The Court explained that the term “expenses” alone “has never been considered to authorize an award of attorney’s fees with sufficient clarity to overcome the American Rule presumption” and that the history of the Patent Act supports the conclusion that Congress did not intend to shift fees in Section145 actions. The USPTO has previously managed to pay its attorneys without fee-shifting, indicating that financial necessity does not require it, and Congress has typically in recent years stated explicitly when it intended to provide for attorney’s fees in the Patent Act. Section 35 U. S. C. §285, for example, indicates that “The court in exceptional cases may award reasonable attorney fees to the prevailing party”); Section 271(e)(4)  says that “[A] court may award attorney fees under section 285”); and Section 297(b)(1) says that “Any  customer . . . who is found by a court to have been injured by any material false or fraudulent statement . . . may recover . . . reasonable costs and attorneys’ fees”).

“Because Congress failed to make its intention similarly clear in §145, the Court will not read the statute to “contravene fundamental precepts of the common law,” wrote the Court.

Bryan Wheelock, a principal at Harness Dickey, said that the decision “is a relief to all applicants because it leaves a civil action as a viable remedy to an improper final rejection.” However, the ruling does still leave applicants to foot the bill for the rest of USPTO’s expenses.

“It still leaves applicants liable for the PTO’s “expenses of the proceedings,” win or lose,” Wheelock said. “It is a little galling to have to pay the PTO’s ‘expenses’ in unsuccessfully defending an improper rejection, but that is an issue to take up with Congress, not the courts. Resort to the courts when one believes that the government has screwed up is an important remedy that keeps the system in balance. The Supreme Court’s decision maintains that balance, preserving the availability of court challenges of incorrect decisions by the examining corps.”

Joseph Mallon, partner at Knobbe Martens, said that the decision suggests the Court “saw clear overreach in the USPTO position.” Mallon noted that the opinion “found it ‘particularly important’ that the USPTO interpretation of Section 145 would have allowed the agency to recover attorney’s fees even when they were not the prevailing party, an outcome the Court considered a ‘radical departure from long-standing principles.'”

And David Goldberg, Associate Attorney at Amster, Rothstein & Ebenstein LLP and Co-Chair of the Amicus Briefs Committee for the New York Intellectual Property Law Association (NYIPLA), which submitted amicus briefs in the Shammas, NantKwest, and Booking.com cases on this issue, said that NYIPLA has long “taken the position that the American Rule clearly applies to trademark appeals under 15 U.S.C § 1071(b) and patent appeals under 35 U.S.C. § 145.”Goldberg added that NYIPLA is pleased with the decision and expects the Justices to “make a similar clarification on the trademark side when they consider the Booking.com appeal (no. 18-1309) in their conference of December 13, 2019.”