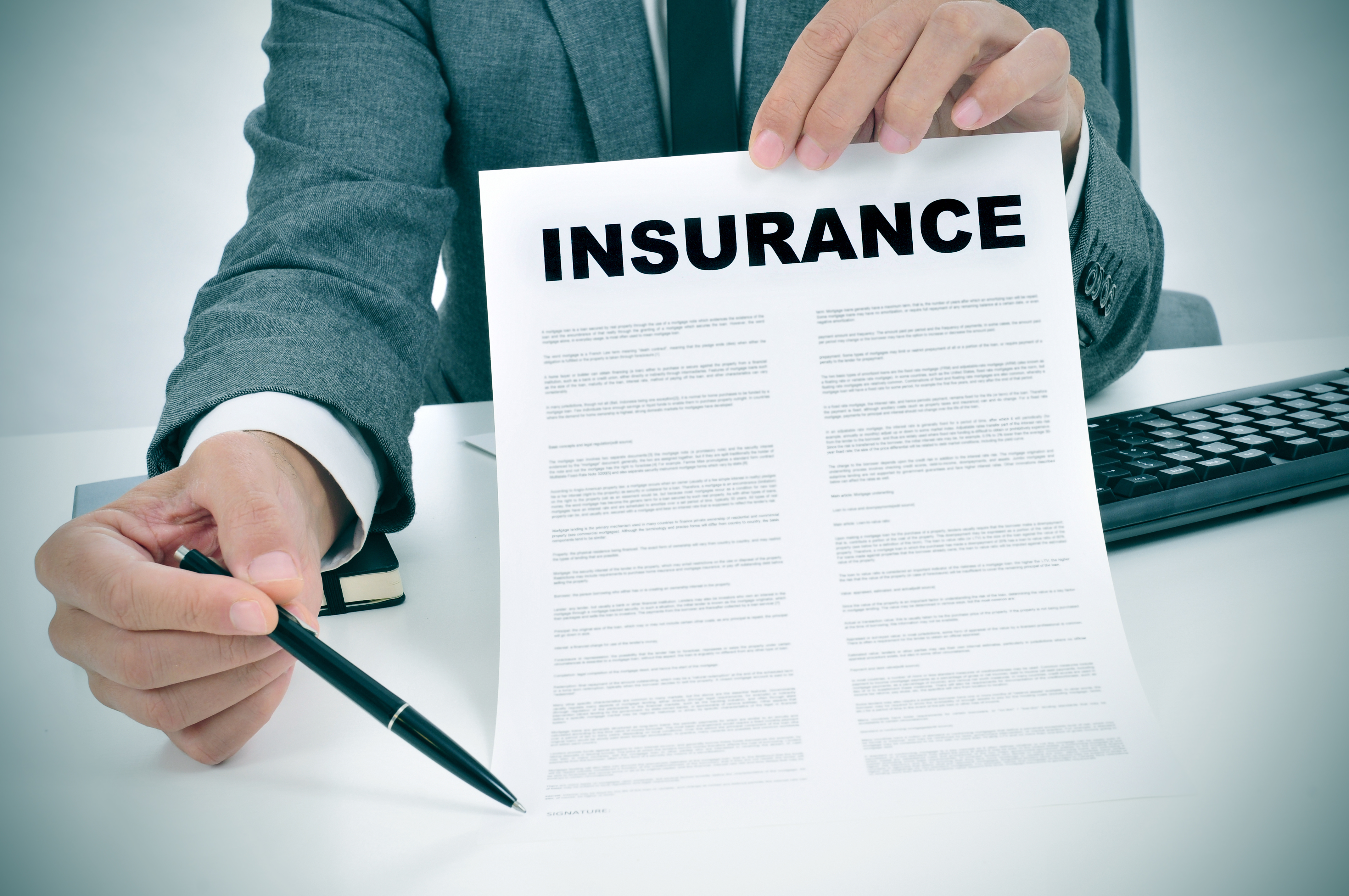 Recent multi million-dollar jury verdicts on trade secret misappropriation claims reflect that there can be significant risk to companies when employees leave or joint development relationships dissolve. Coupled with the passage of the federal Defend Trade Secrets Act of 2016, which created a federal civil cause of action for such claims, these verdicts have heightened the need to refine intellectual property protection strategies. But even with greater attention paid to improving protection measures, litigation can be inevitable, and such cases, as demonstrated by a recent survey conducted by the American Intellectual Property Law Association (AIPLA), can be expensive. Companies should consider whether insurance coverage is available to cover litigation costs. In this article we examine a sampling of cases where coverage questions were raised in connection with intellectual property disputes and the differing outcomes which ensued.

In general, there are several types of insurance policies that may be available for coverage. One type is a specific policy covering intellectual property-type claims. Another type is a Commercial General Liability (CGL) policy. But evaluation of whether coverage will be afforded for claims concerning intellectual property under any given insurance policy requires an in-depth analysis of the conduct alleged, as reflected by the case law.

In particular, it is common for CGL and other types of liability insurance policies to contain exclusions for intellectual property claims. For example, there is a typical exclusion in CGL policies based on ISO Form CG 00 01 04 13 (2012) for injuries “arising out of the infringement of copyright, patent, trademark, trade secret or other intellectual property rights.” Courts across the nation have examined these types of exclusions in the context of intellectual property disputes, with varying results. In each situation, the language of the policy and nature of the allegations and claims at issue must be examined closely.

Generally, courts have broadly interpreted exclusionary language in which a claim “arises out of” a type of allegation. For example, in Finn v. National Union Fire Insurance Company of Pittsburgh, 452 Mass. 690 (2008), policyholder Uniscribe Professional Services, Inc. provided records management and printing services. In the course of its business, Uniscribe was hired by a law firm to provide litigation support services. These services involved analysis of sensitive documents that contained a client’s confidential trade secrets. While the documents were in Uniscribe’s possession, a relative of a Uniscribe employee obtained the documents and leaked them to a hacker website. Uniscribe sought coverage under its professional liability policy after settling a claim with its client.

Uniscribe’s insurer, National Union, argued that an intellectual property exclusion for “any claim arising out of any misappropriation of trade secret” precluded coverage. The Supreme Judicial Court of Massachusetts held that the “plain language” of the exclusion precluded coverage, whether the acts were “committed by or at the direction of the insured or third parties.” Importantly, the Court noted that the phrase “arising out of” in the exclusion “must be read expansively, incorporating a greater range of causation than that encompassed by proximate cause under tort law.” This language, the Court reasoned, “unambiguously encompasses claims based on third-party conduct.”

Similarly, in Lemko Corporation v. Federal Insurance Company, 70 F. Supp. 3d 905 (N.D. Ill. 2014), a policyholder sought coverage under a professional liability policy for claims against corporate representatives for the alleged theft of copyrighted and confidential material. The claims against the representatives included “usurpation of corporate opportunity, tortious interference, and civil conspiracy.” The insurer, Federal Insurance, argued that an exclusion for claims “based upon, arising from, or in consequence of any actual or alleged infringement of copyright, patent, trademark, trade name, trade dress, service mark or misappropriation of ideas or trade secrets” applied to bar coverage. The insured argued that several of the claims in the underlying complaint, such as usurpation of corporate opportunity, could not be said to fall within the intellectual property exclusion.

The United States District Court for the Northern District of Illinois agreed with Federal Insurance’s argument and characterized the intellectual property exclusion as being “quite broad.” The Court held that the claims against the corporate representatives “set forth a theory of liability ‘based upon’ or ‘arising from’ the core factual allegations of misappropriation of proprietary trade secrets and confidential information.”

Likewise, in Sentinel Insurance Company, LTD v. Yorktown Industries, CIV. 14-cv-4212, 2017 U.S. Dist. LEXIS 14439 (N.D. Ill. Feb. 2, 2017), an insurer sought a declaration that it had no duty to indemnify its insured against allegations that the insured had hired another company’s employees and stolen confidential business information, including the aggrieved company’s client list and sales information. As a result of these allegations, the insured faced causes of action for (1) violation of the Uniform Trade Secrets Act; (2) intentional interference with contractual relations; (3) intentional interference with prospective business advantage; (4) unfair competition; and (5) civil conspiracy. The insured claimed it had coverage for the underlying action based upon a policy provision concerning coverage for claims arising out of “personal and advertising injury,” which included copying another’s “advertising idea.” Specifically, the insured argued that the underlying complaint alleged that it had copied the plaintiff’s “advertising idea” by using sales data to contact customers.

In Yorktown, the United States District Court for the Northern District of Illinois ruled that there were no allegations in the underlying action that the plaintiff was injured by the insured’s copying of its customer list or other trade secrets in an “advertisement,” as customers had been contacted individually, rather than through mass distribution. The Court relied on the fact that there was no allegation that the insured publicly disseminated the customer list or proprietary business information in order to promote its goods or services or to attract customers. Further, the Court held that even if the underlying complaint could be construed to allege a “personal and advertising injury,” coverage was precluded due to the policy’s intellectual property exclusion. Accordingly, the Court entered judgment for the insurer.

Notably, these cases demonstrate courts’ willingness to interpret the language in intellectual property exclusions broadly. The decisions also reflect the fact that a claim not directly labeled as involving intellectual property is not dispositive—facts matter. In making determinations on coverage, courts look past how the facts are characterized to the substance of the facts themselves.

In contrast to the cases cited above, certain allegations can potentially establish coverage in spite of the existence of an intellectual property exclusion clause. For example, in Hartford Fire Insurance Company v. Vita Craft Corporation, 911 F. Supp. 2d 1164 (D. Kan. 2012), the insurer sought a declaration that it had no duty to defend or indemnify its policyholder under a series of general liability policies against allegations of patent infringement and misappropriation of trade secrets. Hartford Fire Insurance contended that all of the claims arose out of violations of intellectual property rights and fell within an exclusion for “‘Personal and advertising injury’ arising out of any violation of any intellectual property rights such as copyright, patent, trademark, trade name, trade secret, service mark or other designation of origin or authenticity.”

The policyholder, Vita Craft, argued that the complaint against it also contained allegations that Vita Craft “spread false rumors” and that those allegations did not involve intellectual property rights referenced within the exclusion. The United States District Court for the District of Kansas agreed with Vita Craft, holding that the exclusion did not bar coverage. The Court observed that the underlying lawsuit alleged that Vita Craft had disparaged the complainant, and that the insurer had failed to demonstrate that the intellectual property exclusion barred coverage for, or a duty to defend against, such claims.

Likewise, in MedAssets, Inc. v. Federal Insurance Company, 705 F. Supp. 2d 1368 (N.D. Ga. 2010), the United States District Court for the Northern District of Georgia examined whether a professional liability policy covered claims of misappropriation of pricing information. Federal Insurance moved for summary judgment, seeking a declaration that it had no duty to defend its insured against the claims under an exclusion for claims “based upon, arising from, or in consequence of any actual or alleged . . . misappropriation of ideas or trade secrets.” The Court denied Federal Insurance’s motion on the basis that the underlying complaint against the insured characterized the pricing information as both a “trade secret” and “confidential information”—the latter of which did not fall within the trade secret exclusion.

The Delaware state court case of Woodspring Hotels LLC v. National Union Fire Insurance Co. of Pittsburgh, PA, CIV. N17C-09-274 EMD CCLD, 2018 Del. Super. LEXIS 186 (Del. Super. Ct. May 2, 2018), concerned coverage for allegations of misappropriation of confidential information. In the underlying action, the plaintiff, an extended stay hotel company, alleged that National Union’s insured had hired one of its former employees. Subsequently, the employee allegedly procured and distributed her former employer’s “confidential and competitively sensitive . . . information,” including a detailed customer database, to the insured’s sales team. As a result, the former employer initiated a lawsuit regarding the misappropriation of that information. Eleven out of 12 counts specifically referenced the term “Trade Secrets.”

These cases demonstrate that courts often construe the allegations in a complaint broadly in terms of liability coverage for intellectual property claims. If a complaint contains at least one claim which does not fall squarely within a policy’s intellectual property exclusion, a court may require an insurer to defend against the action and provide indemnity for at least a portion of the damages sought.

Ultimately, when purchasing a CGL or other type of liability policy, insureds should read the relevant policy language carefully and evaluate the potential need for the purchase of additional coverage for intellectual property claims.

David Prange David is a partner in the National IP and Technology Litigation Group at Robins Kaplan, and leader of the firm’s trade secret litigation practice. David leverages his background as a [...see more]