Will Bayh-Dole Survive Its 40th Birthday?

“If the march-in provision was ever misused for government price controls of successfully developed products, the result would not be a benefit for consumers but a collapse of the Bayh-Dole system. That would be a catastrophe for innovation and the U.S. economy.” 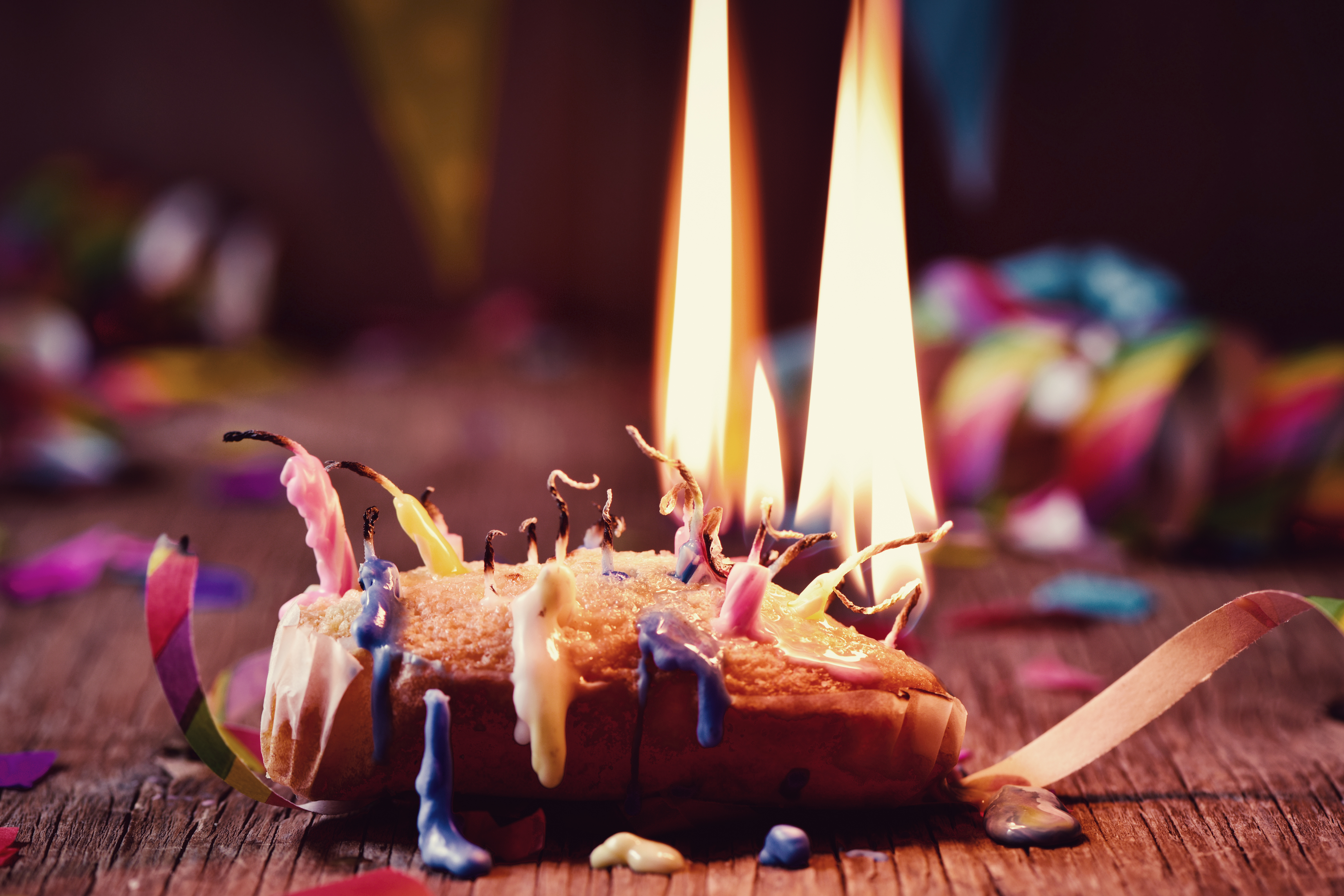 Next year marks the 40th anniversary of the passage of the Bayh-Dole Act. With election day looming, 2020 is likely to be the most politically contentious year of our lifetime. The country is divided right down the middle on many fundamental issues. Rather than debate, the opposing sides often descend into personal attacks, even questioning one another’s patriotism. This isn’t the time you want issues you care about dragged into the public arena, but patent rights and the Bayh-Dole Act have been summoned into the gladiator pit. Happy birthday, indeed.

With a Democratically controlled House of Representatives and a Republican controlled Senate, it was already unlikely that many laws would be passed before next year’s election. Now that impeachment proceedings are occupying Washington, those odds are even slimmer. So, many are looking for ways to address contentious issues without passing legislation. Unfortunately, some have swallowed the misleading arguments of the critics that the Bayh-Dole Act provides a magic bullet for controlling drug prices.

An article in The Hill titled “2020 Democrats embrace aggressive step on drug prices” put it this way:

Democratic presidential candidates are threatening to take a drastic step that even the Obama administration rejected to lower drug prices without congressional approval.

The move involves invoking an obscure section of a 1980 law to break the patent on a drug when it is priced too high. The idea, known as “march-in rights,” would allow the government to “march in” and break a patent to allow a cheaper version of a drug to be made by another company.

The move has long been controversial and the authority to use it has never been invoked before. But Democratic presidential candidates are increasingly embracing the idea and touting it as a concrete action they could take if they win the White House, given that it does not require congressional action.

Candidates have also touted the idea as a way to one-up President Trump on drug prices, an issue which is a top priority for voters. While Trump has railed against high drug prices and proposed some steps to address the issue, he has yet to oversee any major action that has gone on to lower prices.

According to the article, Mayor Pete Buttigeg, Senators Bernie Sanders, Kamala Harris and Elizabeth Warren all say they would invoke the illusory authority to “march in” under the Bayh-Dole Act if drugs made from federally-supported inventions aren’t “reasonably priced.” Peter Maybarduk of Public Citizen said using march-in rights this way is “… an easy thing for the government to do. These are all tools the president can use with the stroke of a pen.” Former Vice President Joe Biden (an original Bayh-Dole sponsor while in the Senate) did not respond to The Hill’s requests to state his position.

Nowhere in the piece does anyone question whether the Bayh-Dole Act provides such an authority. Everyone associated with passing the law, and the Bush, Obama and Trump Administrations, have determined that it does not. So how did things come to this pass? One answer is that the opponents of Bayh-Dole (and the patent system) have been steadily advancing their case through a sympathetic media to Capitol Hill for 20 years.

Much like the campaign pushing the patent troll narrative, they fashioned a simple story which the public and policymakers could easily understand. They allege that the public is being ripped off because the federal government is funding the development of drugs made under its grants and contracts, allowing companies to make “obscene profits” while taking little risk. They cry that the “public is paying twice” for such medications: once for taxpayer supported R&D, and again when resulting drugs are purchased. They then claim to have discovered a previously hidden meaning in the Bayh-Dole Act which allows the government to negate licenses to the commercial developer if resulting products aren’t “reasonably priced” so they can be cheaply copied by competitors.

Senators Bayh and Dole immediately responded that their law contained no such provision. The section in question permits the government to march in only if good faith efforts aren’t being made to develop a federally funded invention or if the licensee couldn’t produce enough product to meet a national emergency. Further, the clause the critics cite doesn’t even apply to the licensee but only to the patent owner, meaning that terms of the license must include reasonable terms encouraging prompt commercialization. That’s because Bayh-Dole allows non-profit organizations to own and manage inventions made with government grants and contracts, a new concept at the time, so the law wanted to insure licensing terms weren’t overly restrictive. That the United States leads the world in the commercialization of federally funded discoveries shows that our research universities met the challenge. They also actively police their agreements, terminating licenses if milestones towards commercialization are not being met. That’s why it’s never been necessary for the government to march in.

Senator Bayh personally appeared when the first petition was filed at the National Institutes of Health (NIH) asking the agency to march in to lower drug prices. Bayh showed how the petitioners had deliberately misrepresented the law by combining two unrelated parts of the Senate Judiciary Committee report on his bill. He added that anyone is free to argue that such a provision should be added to the law, but the way of doing so is to amend the statute. He stated that if Congress ever does so, it must define what it means by a “reasonable price” so any licensee knows up front what they’re getting into. But amending the law is hard, so instead the critics personally attacked Senators Bayh and Dole while continuing on their merry way.

When later confronted with evidence that “Cooperative R&D Agreements” (CRADAs) between NIH and industry collapsed after a reasonable pricing requirement similar to the one now being touted was forced on it by Congress without producing any public benefits, the critics claimed that NIH doesn’t understand its own data. However, NIH apparently accurately identified the cause because once the provision was removed, CRADA numbers sharply increased.

The critics have yet to explain why their petitions to march in against successfully developed drugs to lower costs have been uniformly rejected by every Republican and Democratic Administration that’s considered them as not sanctioned under the law. Don’t be surprised if a conspiracy theory springs forth to explain it away if they get pressed too hard on that point.

Let’s consider how the system would work if the critics ever succeed in implementing their idea. A company licenses a federally funded invention made at a university. In most cases, this licensee will be a small business or a startup. If the invention is for a new drug, the licensee will need to devote over a decade of work and $1 billion or more of their own money, with a 95% chance of failure. If they succeed, anyone could petition the government alleging that the price charged for the product is “not reasonable.” Since there’s no statutory definition of this term (as Bayh-Dole never sanctioned such actions), reasonable pricing would be determined by the bureaucracy.

If the agency agreed to the petition, it could mandate that rival businesses get licenses to copy the drug. However, before that happens, Bayh-Dole gives the patent owner or an exclusive licensee the opportunity to object in court. Thus, the final decision would drag on for years, so there would be no quick price reduction for patients as the critics imply. If the march-in provision was ever misused for government price controls of successfully developed products, the result would not be a benefit for consumers but a collapse of the Bayh-Dole system. That would be a catastrophe for innovation and the U.S. economy.

Before Bayh-Dole, not a single new drug was commercialized when the government took patent rights away from universities. We now lead the world in drug development, half of which originate in small companies. And remember that using march-in rights to control prices would not apply just to drugs, but to any invention licensed under Bayh-Dole. Would a VC invest their money in a startup knowing that if it succeeds, rivals could file a march-in petition alleging their product isn’t “reasonably priced,” so the government could take it away? Would any company license a university invention with this sword dangling over their heads?

Bayh-Dole is the Model for Success

Ironically, while many of our leaders focus on seizing intellectual property in the name of fairness, India, which historically has been skeptical of patents, is looking at adopting a Bayh-Dole-type law to integrate its universities into the economy. A new study shows why:

The study underlined that an analysis of the international scenario shows that Bayh Dole Act of US, (sic) implemented in the 1980s, had been the best model in strengthening university-industry linkages. This act has been implemented by many countries world over. The survey took into account several existing models from the US, Germany, Japan, China, United Kingdom and Australia…

One of the key bottle-necks in the country has been the absence of clear policy for strengthening linkages between the university and industry.

Secure rights to intellectual property is a foundation of America’s success and prosperity. We forgot this in the 1960s and 1970s and paid a high price for our neglect.

We are about to enter a series of political rapids where inexperienced guides point us toward perilous channels in pursuit of highly improbable rewards. Let’s hope those holding the tiller enlist experienced hands who’ve made this run before or we may go right over the falls. Better tighten your seat belt and cinch your helmet on tight. It’s likely to get very rough before we see calm waters again.