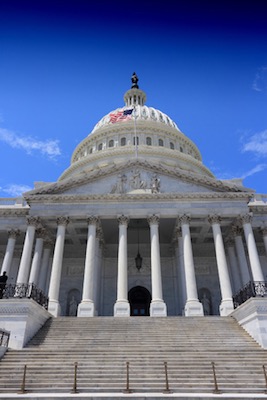 This week in Washington, D.C., subcommittees in the House of Representatives will hold a series of technology-related hearings focused on online competition in data privacy, artificial intelligence (AI) and cloud computing in the financial sector, Internet consumer protections and NASA’s goal to speed up the return of a manned mission to the moon. The House Investigations Subcommittee will also hold a field hearing outside of D.C. exploring innovation in lead mitigation employed within the state of New Jersey. Elsewhere in D.C., the R Street Institute will discuss their theory on the national security implications of patents, the Brookings Institution will look at the impact of digital technologies on African entrepreneurship and the American Enterprise Institute hosts an event exploring the impact of globalization and robotic innovation on the workforce.

House Subcommittee on Investigations and Oversight

The R Street Institute will hold a panel discussion in which they will use Huawei’s assertion of more than 200 patents against Verizon in July to “pose that these arduous patents are a means by which to slow and inhibit American companies from achieving success in the race to 5G and continued leadership in AI.” Read Gene Quinn’s view on their theory here.

The Globotics Upheaval: A Book Event With Richard Baldwin

Author Richard Baldwin’s 2019 book The Globotics Upheaval: Globalization, Robotics, and the Future of Work explores concerns that innovation and globalization will render a large swath of the workforce unemployed which technological change occurring at a faster pace than many in the labor force can adapt. After opening remarks from Baldwin, he’ll join a discussion panel including Harry Holzer of Georgetown University and Michael Strain of AEI. The discussion will be moderated by Brent Orrell of AEI.

While NASA’s original plans to return to manned space missions contemplated returning Americans to the surface of the moon in 2028, a new project timeline issued this March advanced those plans by four years and the agency is now targeting a 2024 lunar landing. The witness panel at this hearing will include Kenneth Bowersox, Acting Associate Administrator for Human Exploration and Operations, NASA; and James Bridenstine, Administrator, NASA.

House Subcommittees on Energy and Commerce, Communications and Technology, and Consumer Protection and Commerce

House Subcommittee on Highways and Transit

Examining the Future of Transportation Network Companies: Challenges and Opportunities

Issues of traffic congestion and the effect of fuel emissions on air quality have increased lawmakers’ focus on ways to encourage the growth of transportation network companies, including both ride-hailing and ride-sharing service providers, in urban areas across the country. The witness panel for this hearing has yet to be announced.

The Future of Work in Africa: Opportunities and Challenges of Digital Technologies

Online Platforms and Market Power, Part 3: The Role of Data and Privacy in Competition

This is the third hearing by the House Antitrust Subcommittee regarding competition issues in online platforms. Since the European Union’s passage of the General Data Protection Regulation (GDPR), American politicians have shown a growing interest in enacting stricter consumer data privacy laws at the federal level. The witness panel for this hearing has yet to be announced.

AI and the Evolution of Cloud Computing: Evaluating How Financial Data is Stored, Protected, and Maintained by Cloud Providers

Artificial intelligence, machine learning and data science are becoming increasingly prized by financial sector companies as evidenced by a 60 percent increase in job positions requiring AI-related skills over the past year. Many banks are also pursuing cloud computing activities as only 3 percent of banks surveyed by Accenture didn’t have a cloud strategy and hadn’t begun thinking of implementing one. The witness panel for this hearing has yet to be announced.